Home
Stocks
‘It’s really a question of when.’ The coronavirus pandemic is about to spawn a surge in bankruptcies, experts say
Prev Article Next Article 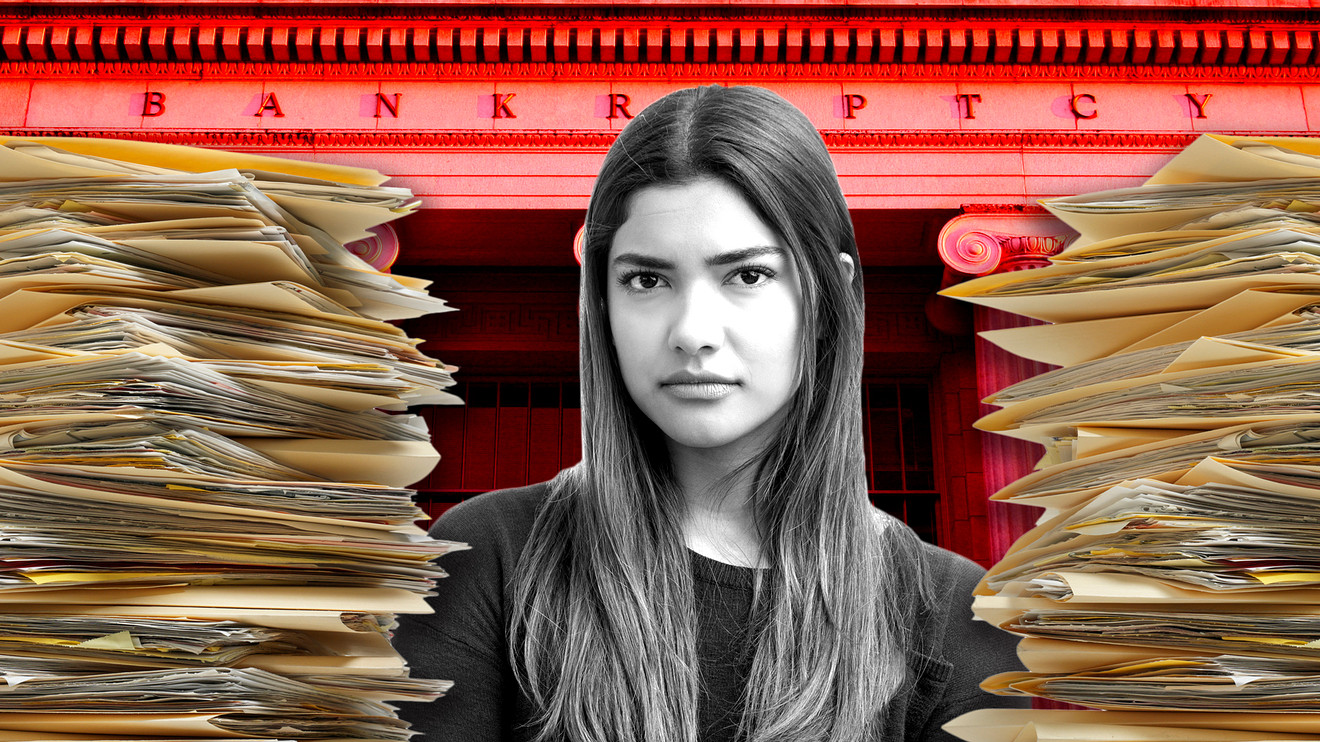 One San Diego, Calif. man was getting his finances in order after divorcing his wife over a year ago. He had consolidation plans for approximately $30,000 in debt and was bringing in income as a rideshare driver.

Then the coronavirus pandemic battered America’s economy and, along the way, tipped the 52-year-old man into bankruptcy.

Doug, who asked that his last name be withheld, reduced his driving hours to protect himself from the infectious disease. It wasn’t like he was leaving money on the table. “There wasn’t any work anyway,” he told MarketWatch.

Doug filed for bankruptcy late last month and expects there will be a lot more people doing the same thing soon.

“It’s just logical. Anybody who was thinking about it is more than likely going to be pushed over the edge,” he said.

Bankruptcy experts agree, looking at a new spike in unemployment and remembering how the Great Recession caused a wave of bankruptcy cases from consumers seeking a reset after getting too far behind on debt.

‘We think business filings will see an uptick in April with consumer filings to surge in May and June.’

“We think business filings will see an uptick in April with consumer filings to surge in May and June,” said Amy Quackenboss, executive director at the American Bankruptcy Institute, a professional association comprised of lawyers for debtors and creditors, judges and other bankruptcy specialists.

‘There is no question that given the effect of this pandemic, there will be an increase of bankruptcies. It’s really a question of when that rise will occur.’

Still, “there is no question that given the effect of this pandemic, there will be an increase of bankruptcies. It’s really a question of when that rise will occur.”

Bankruptcy is a legal process open to consumers and businesses who can’t afford to pay their debts and need to find a way to pay at least some of their obligations.

Consumer bankruptcies typically come in two forms. There’s a Chapter 7 bankruptcy petition, which liquidates a person’s non-protected assets — like a car above a certain value — into money that’s earmarked to pay creditors. There’s also a Chapter 13 petition, where the debtor pays a court-approved repayment plan.

There were more than 770,000 bankruptcies filed last year, according to the organization. That’s less than half of the nearly 1.6 million cases filed in 2010 during the Great Recession. In fact, bankruptcy filings hit a 10-year low in 2018.

But while bankruptcy filings have dropped in recent years, household debt has climbed.

Americans had $14.15 trillion in household debt as of 2019’s Fourth Quarter – more than $1 trillion more than the Great Recession-era peak.

Americans had $14.15 trillion in household debt as of 2019’s fourth quarter, according to Federal Reserve Bank of New York data. For context, the recession-era peak was $12.68 trillion during the third quarter of 2008.

Now, all of the sudden, millions of people are out of work as the coronavirus forces consumers indoors to slow the virus’s spread. Almost 3.3 million people filed jobless claims between March 15 and March 21.

What the stimulus bill says about bankruptcies

President Donald Trump signed a $2.2 trillion stimulus bill last week that offers forgivable loans to small businesses and $1,200 direct checks to people making up to $75,000 and $2,400 for couples earning under $150,000.

• The direct checks, dubbed “recovery rebates,” do not count as income that would get factored into a “means test” that determines is someone can file a Chapter 7 bankruptcy case, according to Rao.

• The recovery rebates also do not count as “disposable income” that could be applied to things like credit card debts in Chapter 13 cases, Rao noted.

• People who are already in Chapter 13 repayment plans and now experiencing financial hardship because of the outbreak have a one-year window to change repayment terms. They can extend their repayment timeframe up to two years longer.

• The bankruptcy-related provisions expire on March 27, one year after Trump signed the bill into law.

Several attorneys said they are getting ready for more cases, though they haven’t materialized just yet. Though they have been getting calls from existing clients who are on Chapter 13 repayment plans and now worried about being able to pay back their agreed upon debts.

‘For now, let’s just stay in, stay safe and get through and we can always fix it in the couple months.’

“That’s where it’s freaking people out,” said Nicole Anderson of Anderson & Associates in Forest Lake, Minn. She’s advising clients to try paying at least a minimum sum and the remainder can potentially be tacked in future payments. “For now, let’s just stay in, stay safe and get through and we can always fix it in the couple months.”

One site getting more traffic is Upsolve.org, a nonprofit website that helps users prepare their own Chapter 7 petitions. The site, which had almost one million visitors last year, posted content on COVID-19 and bankruptcy in mid-March.

That link has received almost 28,000 hits, compared to approximately 7,000 home page hits, said CEO and co-founder Rohan Rohan Pavuluri. Seven of the top 10 Google GOOG, -4.92%   referrals to the site relate to some query involving a mention of the coronavirus.

Don’t miss: This all-too common life event can double your risk of filing for bankruptcy

As the outbreak continues, most states have shelter in place orders that are temporarily closing non-essential business and complicating operations for essential functions.

Federal district courts and bankruptcy courts across the country have a range of orders trying to temporarily pause, or at least minimize face-to-face interactions at court. For example, many court conferences are being held over the phone, according to a list of bankruptcy court operation orders.

Quackenboss said she’s talked to some bankruptcy judges about their work these days.

Courts are still accepting payments in cases, with one person on hand to get the mail and process payments, she said. Many courts are still determining the best way to have hearings, “but, they are definitely still open for business and expect to be busy in the upcoming weeks and months.”