Home
Market
‘Highly Bullish’ Survey May Mean Stock Bottom Not In, RBC Says
Prev Article Next Article
This post was originally published on this sitehttps://d1-invdn-com.akamaized.net/content/picb8f3a5b06b187eb7d877d6a5da33093d.jpg 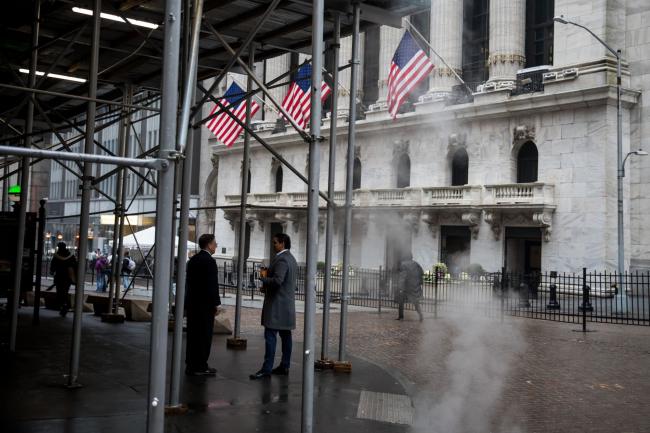 Respondents to RBC’s survey of American stock investors were the most bullish since it began in early 2018, encouraged by what they see as attractive valuations, faith the Federal Reserve will continue to support equities and a belief that the economic damage from the coronavirus crisis will be manageable, strategists including Lori Calvasina said in a note Thursday.

“This surprisingly high level of bullishness supports our own view that we haven’t yet seen investor capitulation, echoing what we’ve seen in other data sets,” the strategists wrote. “We view capitulation as a necessary, though not sufficient condition for stock market bottoms in major drawdowns.”

The figures stand in contrast to the December 2018 survey “when bears spiked and bulls eased back,” they added.

Nearly two-thirds of the 185 institutional investors responding thought the S&P 500 Index would bottom at 2,100 or higher, according to the survey, which was conducted between March 25 and 31. The U.S. benchmark reached an intraday low on March 23 around the 2,192 level and closed just below 2,471 Wednesday.

Still, 57% of respondents expected a trough in the second quarter, compared with 19% who think the lows have already occurred, according to the report. Those bulls have company, with Morgan Stanley’s Mike Wilson saying the benchmark was unlikely to retest the March lows, and JPMorgan Chase (NYSE:JPM) & Co.’s John Normand writing that the market rout is probably past its worst point.

On the economic front, most respondents think U.S. gross domestic product won’t fall by more than 20% in the worst quarter and that a recession will end in the fourth quarter. This is an important piece of data for market watchers, the RBC team argued.

“If evidence that the most negative GDP quarter will be worse than 20% and that the contraction will last beyond 3Q emerges, it is likely to destabilize the market,” the strategists wrote. “If evidence emerges that the impact will be less severe, it can help the stock market stabilize and move higher.”

Other results from the survey include: