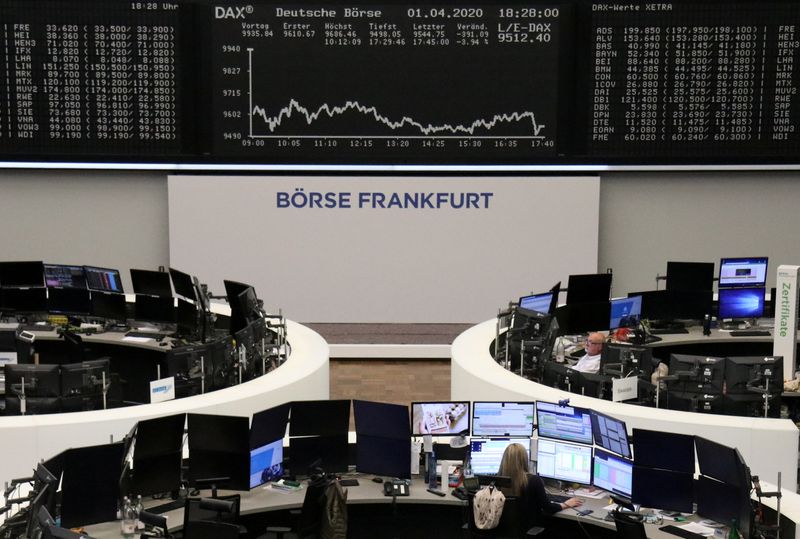 Investor sentiment has recently swung between headlines on the corporate damage from the health crisis and an unprecedented round of stimulus measures to cushion its economic impact, with the STOXX 600 down more than 25% from its record high despite a rebound last week.

With tough containment measures stalling business activity and sparking mass staff furloughs, initial U.S. jobless claims are expected to have climbed to a seasonally adjusted 3.5 million for the week ended March 28, with some estimates ranging as high as 5.25 million.

One of the world’s biggest recruiters Hays (L:HAYS) slumped 13% to the bottom of the STOXX 600 after announcing an emergency 200 million pound ($248.36 million) issue of shares on Thursday.