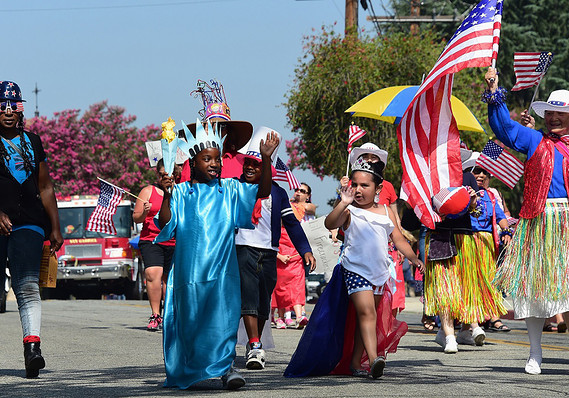 With U.S. borrowing costs at historic lows and people feeling a patriotic urge to do something in the war against a viral outbreak, the hot idea swirling around Washington is coronavirus savings bonds.

But it’s not clear that the concept would be the most effective for the government, according to at least one economist.

What may make the most sense are longer-dated Treasury securities, the financial instruments traded by Wall Street firms, that could be sold by the billions of dollars at a time. Selling Treasury bonds that won’t mature for several decades would allow the Treasury to lock in the low interest rates the government pays now and match them with long-term needs in infrastructure and elsewhere.

Indeed, Trump has fanned the speculation with occasional tweets noting how low interest rates are now. In a Tuesday tweet on the issue, Trump said, “With interest rates for the United States being at ZERO, this is the time to do our decades long awaited Infrastructure Bill.” Federal-funds rates stand at a range between 0% and 0.25% after the Federal Reserve took emergency steps, twice slashing rates by a half-a-percentage point in March.

But what appears to be gathering momentum recently, pushed in part by conservative radio host Hugh Hewitt, are Main Street-targeted Treasury savings bonds, like the ones your grandparents might have given you as a childhood birthday gift. With maximum individual annual purchases capped at $10,000, those would probably raise much less money. And the last time the idea was tried, after Sept. 11, it barely made a ripple.

“Citizens want to help. In many ways, we need to contribute,” Hewitt wrote.

In Hewitt’s vision, savings bond proceeds would be used for building hospitals, stockpiling medical equipment and boosting drugmaking capacity. “Prepare not just for the potential mutation of this virus into a deadlier form — as happened with the 1918 flu, by the way — but also for the next pandemic,” he wrote.

Senate Majority Leader Mitch McConnell (R-Ky.) didn’t shoot the notion down when he was on Hewitt’s show, calling it “an interesting idea.”

Sen. Dan Sullivan (R-Alaska) on Wednesday said, “Even this issue being floated about war bonds, things like a virus bond, where all Americans are going to have a role to play —if we could do things like that, I think there is a lot of bipartisan support.”

CNBC host Jim Cramer tried to get Treasury Secretary Steven Mnuchin to embrace the idea in an interview Wednesday, saying Americans want a chance to buy “a specifically labeled bond that would help small business” recover.

While Mnuchin was noncommittal, he said the business lending programs put in place by the stimulus law enacted last Friday would already help on that front. “That should create a lot of liquidity and a lot of help for small businesses and American workers,” he said.

A similar effort to sell savings bonds in the wake of the Sept. 11, 2001, terrorist attacks didn’t make much of a splash. So-called “Patriot Bonds” were announced on Dec. 11, 2001, three months after the attacks. They were Series EE savings bonds, the run-of-the-mill bonds bought by the public, except they had the words “Patriot Bond” inscribed on them.

The bonds were discontinued in December 2011, when the Treasury stopped selling paper bonds at banks and financial institutions.

If the government wanted more money, it would issue long-term Treasury bonds to be traded, instead. Series EE savings bonds outstanding at the end of February totaled $75.7 billion. In contrast, the amount of outstanding 30-year Treasury bonds was $2.414 trillion.

But going the long Treasury bond route has its own pitfalls, Crandall said. The Fed and the Treasury are more focused now on keeping the short-term bill sector —Treasury securities that mature in one year or less — functioning amid a global squeeze for the securities as a haven. Historically, Treasury has also tried to avoid looking like it was trying to time the market in timing its debt sales.

“In the short run, you don’t want to upset the apple cart,” Crandall said. “To launch a new instrument would just be a distraction to the dealer community during this particular period. But as we go farther into the summer, it may very well be a debate we have.”

Issuing say 50- or 100-year COVID-19 Treasury bonds would provide only a fraction of the amount of borrowing Treasury will need for the stimulus and other recovery measures. But, noting the Treasury Department’s proximity to the White House and President Trump, Crandall said that may not matter, in the end.

“It would certainly appeal to one audience a block over from the Treasury Building, so you can’t rule it out,” he said.