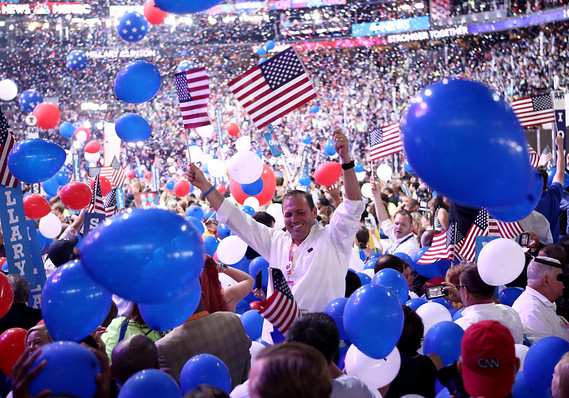 Democrats at their 2016 convention in Philadelphia.

The DNCC said the delay was due to the coronavirus pandemic, calling it an “unprecedented health crisis.”

The format of the event, meanwhile, is still under discussion, the DNCC said.

“During this critical time, when the scope and scale of the pandemic and its impact remain unknown, we will continue to monitor the situation and follow the advice of health-care professionals and emergency responders,” said Joe Solmonese, CEO of the convention committee.

The Democrats’ new time frame would put their nominating convention just a week before the Republican convention, which is scheduled for Aug. 24-27 in Charlotte, N.C.

The DNCC said its convention planning team will use the coming weeks to explore all options to ensure that nominating the Democratic presidential candidate “is done without unnecessary risk to public health. These options include everything from adjusting the convention’s format to crowd size and schedule.”

Democratic presidential front-runner Joe Biden and other top Democrats had called for delaying the convention.