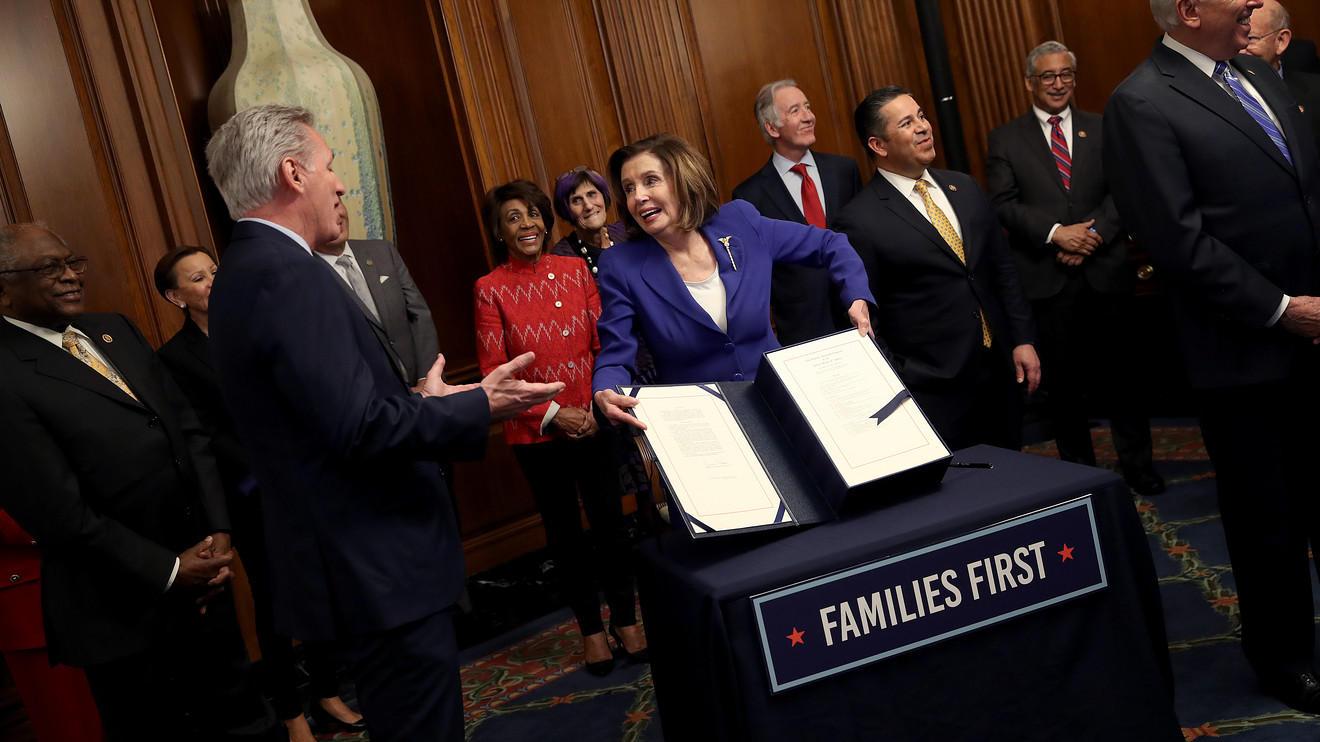 As the Trump administration works to stand up the largest economic relief effort in American history, the stage is set for a debate over just which kinds of companies should be eligible for generous government loans.

The private-equity business will take center stage in this debate, with industry groups lobbying the Trump administration to amend rules that typically bar small businesses controlled by large entities from receiving loans from the Small Business Administration, according to a report in the Financial Times.

“Private equity’s business model is to take extreme debt risks looking for extremely high payoffs,” said Dennis Kelleher, president of Better Markets, a nonprofit advocating for Wall Street oversight. “The creditors and shareholders of these companies should not be bailed for the economic consequences of the business decisions made long before the pandemic.”

Private-equity companies often use a combination of private capital and debt to buy out public companies, with the hope of restructuring them and taking them public again at a profit. Because these deals often require the target company to take on large debt loads to finance the takeover, critics of the business model argue that it is overly risky and pushes businesses into bankruptcy.

Under the conoravirus relief bill passed last month, the SBA was authorized to administer the Paycheck Protection Program, a $349 billion fund to provide loans to small businesses to cover costs related to the coronavirus epidemic. The loans needn’t be paid back for six months, and the government will forgive the portion of the loans used for payroll, in proportion to the share of workers a business keeps employed.

The SBA loans will be available to businesses with fewer than 500 employees, but existing SBA rules exclude small businesses that are majority-controlled by large parent companies from eligibility for loans, though some observers argue that the current crisis calls for a relaxing of the rules.

“Treating these companies differently than other publicly or privately owned companies is unfair — but, worse than unfair, it’s not effective,” Tony Fratto, managing partner at Hamilton Place Strategies and a former George W. Bush administration official, told MarketWatch. “If the problem we’re trying to solve is to make sure that people have income and pay their bills, and to not have failed companies, bankruptcies and defaults,” then, in Fratto’s view, discriminating against small businesses owned by private-equity firms makes little sense.

The legislation authorizing the program was written by a bipartisan group of senators including Democrats Ben Cardin of Maryland and Jeanne Shaheen of New Hampshire and Republicans Lamar Alexander of Tennessee, Susan Collins of Maine and Marco Rubio of Florida.

Rubio said in a statement Tuesday that the express purpose of this portion of the stimulus bill was to allow employees to “remain on the payroll” and to ensure “the connection between employer and employee will remain intact after the crisis.”

But Better Markets’ Kelleher said that private-equity firms provide just a fraction of the more than 150 million jobs in America and that relief legislation also included greatly expanded unemployment insurance for those who do find themselves out of work.

“We can’t save every job, but that doesn’t mean we can’t save a worker,” he said. “Taxpayers should not be asked to bail out companies that have intentionally and irresponsibly loaded up on debt that they were so fragile they were going to fail anyway.”

Private-equity firms have long been a political target for Democratic lawmakers, with more than a dozen, led by Sen. Elizabeth Warren of Massachusetts, backing legislation in the current Congress to raise taxes on such firms, while scaling back their ability to pay themselves dividends from portfolio-company cash flow or debt.

So far, Democratic lawmakers have not weighed in on whether the affiliate rule should be waived for private-equity firms, but House Speaker Nancy Pelosi has requested that an exception be made for small businesses owned by venture-capital firms, which would ordinarily not be eligible for SBA loans because of the affiliation rule.

“Startup companies with equity investors have expressed concerns that an overly strict application of the SBA’s affiliation rule may exclude them from eligibility for PPP loans,” she wrote. “For these small businesses, and many others across America, access to forgivable PPP loans will be critical to preserving jobs during the coronavirus pandemic and to securing America’s leadership in science, technology and innovation.”