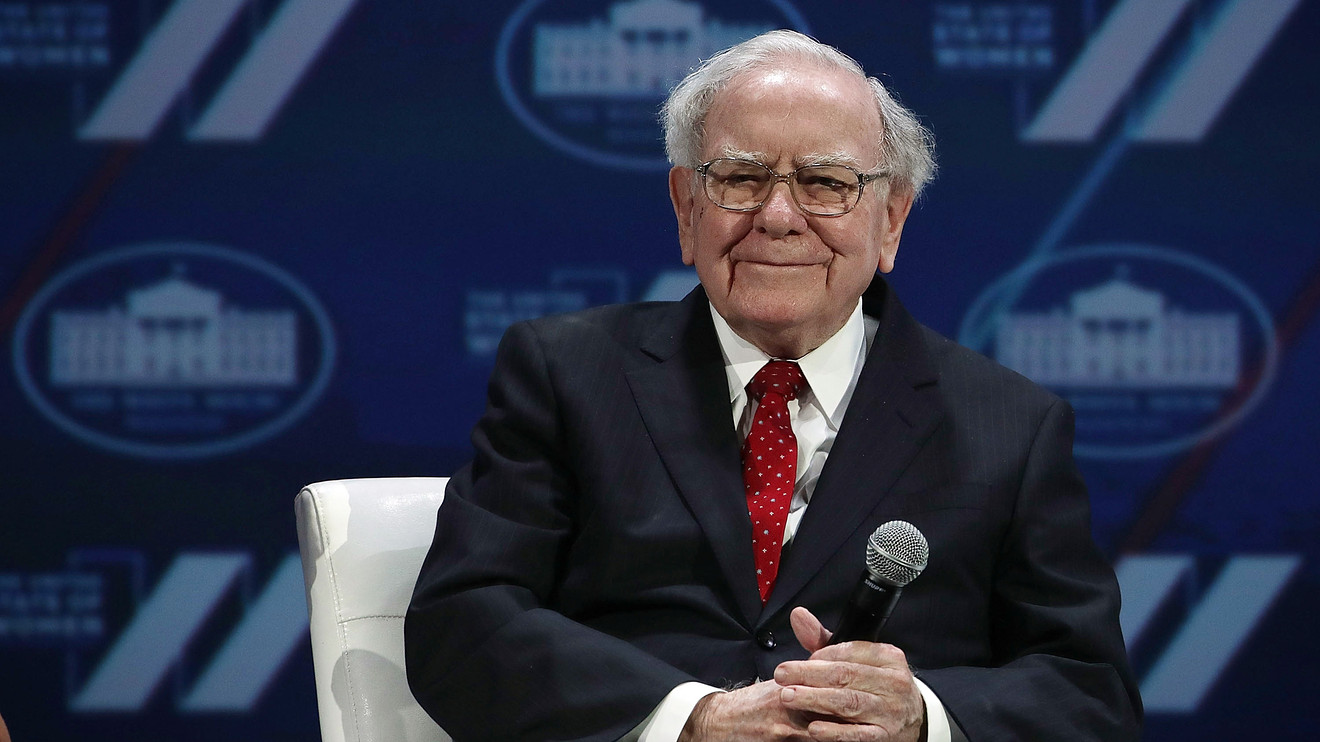 At times like this it must be a relief to have some of your retirement portfolio managed by Warren Buffett.

Granted, Buffett and Berkshire Hathaway Vice Chairman Charlie Munger aren’t the spring chickens they were during the dot-com crash or the global financial crisis, when they were spry youngsters in their 70s and early 80s.

Today, at 89 and 96, respectively, they are part of a population vulnerable to the coronavirus as well as time. The company press office says Buffett is not planning to speak in public before May.

If the stock market goes up, that should be great for the stock. Berkshire has investments in Bank of America BAC, +3.89%, Goldman Sachs GS, +2.72%, various airlines, and other companies sensitive to the economy. Berkshire Hathaway held just over $250 billion in publicly traded stock as of Dec. 31, and is currently nursing about $100 billion in paper losses on these just from the recent crash.

So if there’s a quick recovery, you’d expect Berkshire stock, which has fallen from $230 to $176, to go back up quite quickly.

On the other hand, if the coronavirus crisis goes on, and economic distress gets worse and worse, the company has a gigantic cash hoard of $125 billion it can use to snap up investments at bargain basement prices. (That, for illustration, is worth about $50 for each Berkshire Hathaway “B” share.)

That’s how Buffett has made big money in the past, from the bear market of 1974 to the financial crisis of 2008. “Be fearful when others are greedy,” he famously advised, and “be greedy only when others are fearful.”

Then there’s the third way to win. If things don’t get much worse, or much better, but bounce around indefinitely, Buffett can always use some of that cash to buy back Berkshire stock.

“Over time, we want Berkshire’s share count to go down,” he reminded investors in his latest letter. The fewer the shares, the greater the proportionate interest of each one. But, he added, “Berkshire will buy back its stock only if…Charlie and I believe that it is selling for less than it is worth.”

Prices in 2019 were “modestly favorable at times,” he wrote, meaning the stock was trading for substantially less than the intrinsic worth.

Last year, Berkshire’s SEC filings reveal, the company bought back 4,440 of the older, and more expensive “A” shares and 17.6 million of the newer, cheaper “B” shares.

Financial advisers will typically warn ordinary investors not to dabble around in individual stocks, but to stick to mutual funds — especially, these days, “index funds” with very low expense ratios.

But Berkshire Hathaway isn’t really a regular stock, except in name. It’s a broadly diversified fund in all but name.

Then there are the wholly owned businesses, from car insurance giant GEICO and the Burlington Northern Santa Fe railroad, to Duracell batteries and Benjamin Moore paints, not to mention National Indemnity Insurance, Dairy Queen and See’s Candies. Berkshire’s businesses include Clayton Homes, which made 52,000 trailer, tiny and other homes last year, McLane trucking, Jordan’s Furniture, and industrial operations like Lubrizol, Marmon and Precision Castparts.

There are plenty of risks and issues with the stock, naturally. Stephen Biggar, an analyst at Argus Research, says Berkshire faces a number of problems. Buffett made ill-timed bets on the airlines recently, he notes. He holds a large number of economically sensitive other stocks, particularly banking stocks. Buffett’s investment style, oriented toward traditional “value” stocks, has been out of fashion during the boom in recent years for more glamorous growth stocks. Buffett has been disposing of stock — as his charitable bequest to the Bill & Melissa Gates Foundation. Buffett (and Munger) are elderly. “What happens when he goes?,” asks Biggar. “There’s a fair amount of headline risk.”

Also, Biggar adds, Buffett didn’t seem to be active in the market when stocks crashed in recent weeks. That’s normally when he makes his big moves. “He’s been a bit quiet,” says Biggar.

All fair points. On the other hand, Berkshire’s stock performance has broadly kept up with the S&P 500 SPX, +1.83%  over the past five and ten years, despite its “value” bias and growing cash pile. It has widely outperformed the S&P 500 Value index SP500V, +1.88%  for most of that time.

One might reasonably expect it to do even better if and when the Wall Street fashion swings back to “value.” (The last time that happened, in 2000-2001, the stock nearly doubled in a year, even while the broader market tanked.)

And Berkshire need not replace your S&P 500 and other index funds. But it might be an addition to the portfolio. One that has a reasonable chance of zigging when others zag. And that might help you sleep a little better at night — something that’s proving a bit of a challenge for many people at the moment.