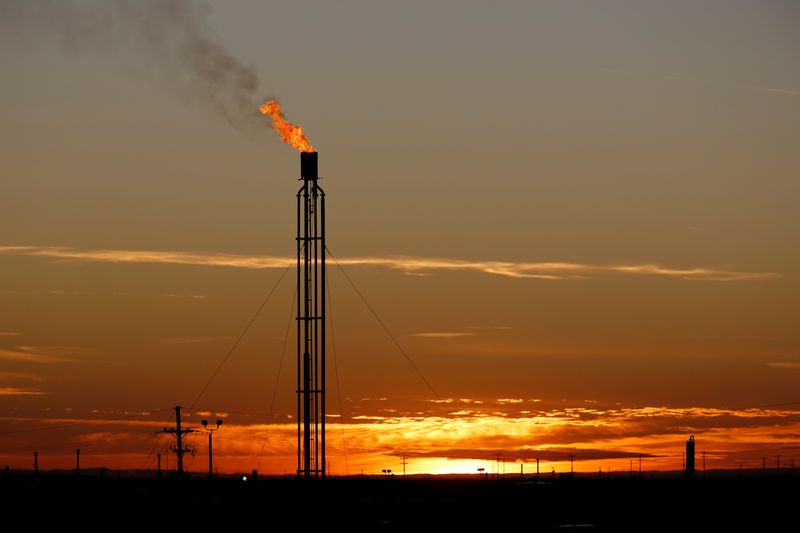 BOSTON (Reuters) – A handful of U.S. bond funds with heavy exposure to energy debt managed to beat their benchmark in March by avoiding the most calamitous corners of an industry waylaid by a crash in prices that dragged crude to 18-year lows.

It was a hollow victory for investors, who suffered heavy losses no matter what fund they held. The coronavirus pandemic whipsawed global markets already hit hard by the eruption of an oil price war between Saudi Arabia and Russia.

“There were few places to hide,” said Todd Rosenbluth, head of ETF and mutual fund research at CFRA.

By that measure, the $802 million DWS High Income Fund hemorrhaged the least in March among 10 rivals with the highest exposure to the energy sector and at least $500 million in assets, according to a Reuters analysis of Morningstar Direct data.

Heading into March, the DWS fund’s largest energy holding, DCP Midstream Operating LP’s 2025 bonds, were trading at 104.50 cents on the dollar, only to plunge to 56.50 cents by March 23. Fund managers were not available for comment.

The bonds recovered to 67.50 cents on the dollar by the end of March, after Denver-based DCP Midstream announced it would cut 2020 capital spending by 75% to about $150 million.

The $1.3 billion American Beacon SiM High Yield Opportunities Fund (O:SHOYX) produced a -16.7% total return, worst among the 10 funds with the highest exposure to energy debt. The range of exposure among the funds was 12% to 14% of assets.

One of the fund’s largest energy holdings at the end of February was debt issued by California Resources Corp (N:CRC). The company, which was spun off from Occidental Petroleum (NYSE:OXY) in 2014, has struggled with the debt load it inherited from its former parent.

California Resources’ 2022 bonds held by the American Beacon fund had dropped to 23 cents on the dollar by the end of February. The fund valued the oil producer’s bonds at $4.4 million, from a par value of nearly $20 million.

Market speculation that the company might file for bankruptcy has made those bonds nearly worthless, trading at a penny on the dollar. That came despite the company’s statement last month that it had significant operating flexibility and was “considering all options” to work through the downturn.