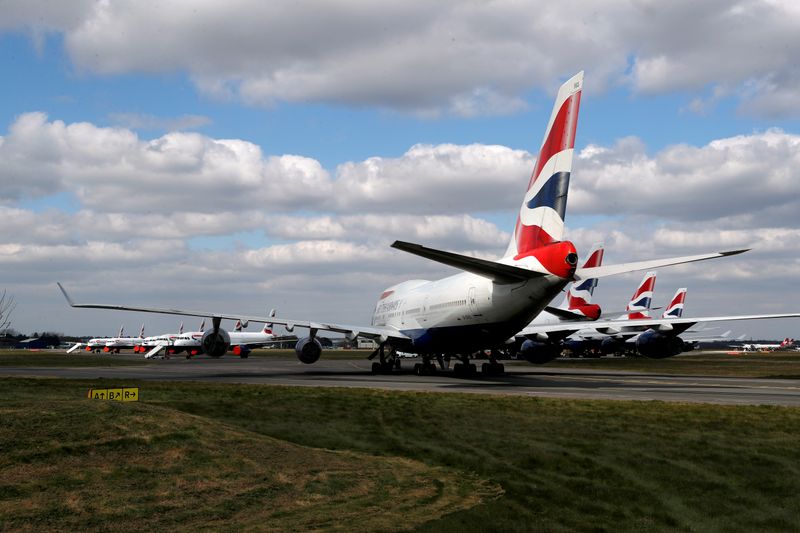 The British flag carrier has massively reduced flights and warned it will need to cut jobs to survive the emergency as the battered aviation sector frantically seeks to take out costs.

Owned by IAG, BA has already suspended flights from Britain’s second busiest airport, Gatwick, and its parent company has said flying capacity would be down 75% in April and May.

Under the BA plan around 80% of staff including cabin crew, ground staff, engineers and those in head office will have their jobs suspended. The BBC, which first reported the news, said no staff would be made redundant.

Rival airline easyJet (L:EZJ) said on Monday that it had grounded its entire fleet.