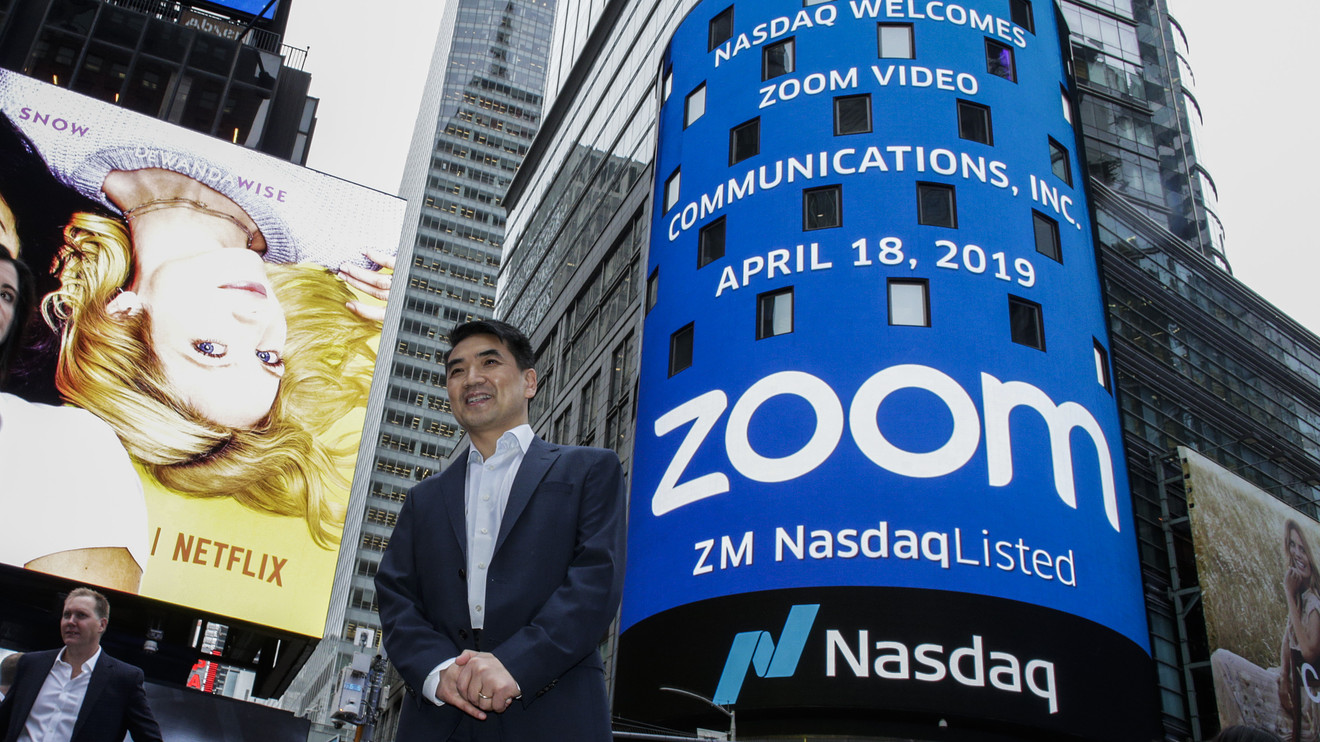 For weeks, Zoom Video Communications Inc. basked in the glow of a surging share price, enthusiastic research reports and insatiable demand among consumers and enterprises.

In recent days, however, the one-time darling of Wall Street and Main Street has faced a backlash from regulators and politicians. Hackers have targeted the video-conferencing service because of its popularity, leading to a warning to consumers from the FBI about so-called “Zoom-Bombing” incidents. And a lawsuit filed Monday in California claims Zoom ZM, -6.24%  allegedly gave users’ personal data to Facebook Inc. FB, -4.32%  and other outside companies without fully informing customers.

What a difference a week makes.

Shares of Zoom toppled 6% on Wednesday, its third straight day of declines — tied for the longest such streak since late January. Since March 27, Zoom’s stock has tumbled 10%.

Zoom’s rash of problems in some ways parallels those of Facebook: High-flying companies whose popular services have access to mountains of personal information that have made them both high-valued stocks as well as targets of lawmakers and scammers.

Ironically, the COVID-19 pandemic seems to have now both helped and hurt Zoom.

“People who found the ease of Zoom as a new toy may change their opinion in 10 days when all this bad news sinks in,” John Durham, chief executive of Catalyst, a brand-strategy firm that works with tech companies, told MarketWatch in a phone interview. “And today, in this social-media climate, it’s harder to regain trust. Some Zoom customers might shift to known and trusted brands like Microsoft MSFT, -3.55%  or Cisco Systems” CSCO, -2.49%  for video-conferencing tools, he said.

Indeed, Zoom may find itself in the same position as Facebook, following the 2016 presidential election in particular. A slew of privacy- and data-related problems prompted the company to spend billions of dollars shoring up its security and regaining the trust of customers.

“Two thoughts on the developments we have seen with #Zoom over the past couple of days,” Carolina Milanesi, an analyst at Creative Strategies, tweeted. “It’s clear that changing perception takes much longer is much harder than making your tools Enterprise class. Just look at Google. Security & Privacy are not the same — Zoom must address both.”

“Zoom was caught out in not thinking about some of the exploits people might be using,” Milanesi told MarketWatch in a message.

Case in point: “Zoom Bombing,” in which a hacker essentially hijacks a video conference to post pornographic or hate images. There have been reports of trolls breaking into AA meetings and taunting recovering alcoholics, and of a virtual meeting of black students at the University of Texas being interrupted with racist slurs. The FBI’s Boston office on Monday advised users not to make Zoom meetings public or share links to the video conference on social media.

“The millions of Americans now unexpectedly attending school, celebrating birthdays, seeking medical help, and sharing evening drinks with friends over Zoom during the coronavirus pandemic should not have to add privacy and cybersecurity fears to their ever-growing list of worries,” Sen. Richard Blumenthal, D-Conn., wrote in a letter to Zoom CEO Eric Yuan on Tuesday. “Zoom has a troubling history of software design practices and security lapses that have posed significant risks to the privacy and safety of its users.”

The data-sharing lawsuit, on the heels of New York Attorney General Letitia James’ look into Zoom’s security practices, underscores the myriad issues facing Zoom. And, like Facebook, it is attempting to respond quickly and minimize the damage to its brand. (Zoom did not respond to an email seeking comment on Wednesday.)

Shortly after details over its data-sharing practices surfaced in a Vice Media report, Zoom officials acknowledged its data sharing in blog posts and said they had changed those practices. “Our customers’ privacy is incredibly important to us, and therefore we decided to remove the Facebook SDK [Software Development Kit] in our [Apple-based] client and have reconfigured the feature so that users will still be able to log in with Facebook via their browser,” Yuan said in a March 27 blog post.

Separately, a Zoom spokesperson said company officials would fully comply with James’ request for specifics on how the company will safeguard users’ data. The AG’s inquiry came after a Consumer Reports investigation that found Zoom — while outlining in its privacy policy that it collects personal information about its users — failed to disclose details about how that information is used for advertising, marketing or other business purposes.

“There is a huge shift in how we are using these tools,” Bill Fitzgerald, a Consumer Reports privacy researcher, told MarketWatch in a phone interview. “A month ago, most people had never heard of Zoom. They may have heard of Skype or Google GOOG, -4.92% GOOGL, -5.15%  Hangouts. But shelter-in-place policies changed that.”

Zoom has been among the biggest beneficiaries of the novel coronavirus outbreak, which has forced millions of Americans to work remotely. The company’s daily active users have catapulted 378% year-over-year, as of March 22, according to market researcher Apptopia.

Gains had been most pronounced on Wall Street. While the S&P 500 index SPX, -4.41%  has plunged 27% since its record high Feb. 19, Zoom stock has improved 32% since then because investors are betting Zoom will become a corporate and consumer staple after COVID-19 dissipates. Thestock rose nearly 115% in the first quarter.