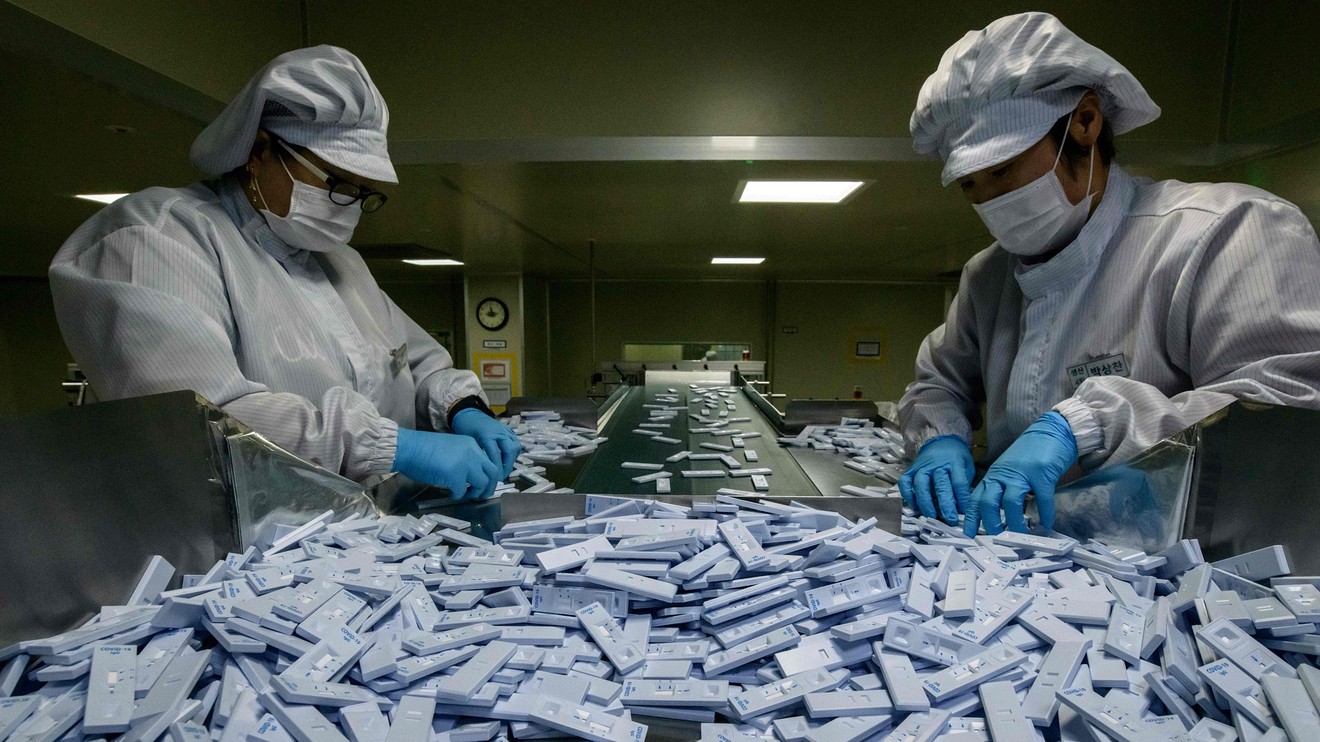 Some public health officials have suggested that the U.S. and other countries where coronavirus infections are surging could learn a lot from South Korea and other Asian countries’ responses to the pandemic — but that’s much easier said than done.

Some health experts have speculated that the widespread use of face masks and their cultural acceptability have helped many Asian countries to slow the spread of the novel coronavirus more effectively than the U.S., Spain and Italy, where coronavirus cases are overwhelming hospitals. Many Asian countries encouraged citizens to wear masks prior to COVID-19, the disease caused by the new coronavirus SARS-CoV-2.

Many health experts believe that the widespread use of masks have helped many Asian countries to slow the spread of the novel coronavirus.

The tide appears to be turning on face masks in the U.S. At the White House daily press briefing on Monday, President Trump was asked if the general public should now by wearing non-medical (N95) face masks, despite current guidance from the Centers for Disease Control and Prevention. “That’s certainly something we could discuss,” Trump replied. The president added, “it could be something like that for a limited period of time.”

On Tuesday, Anthony Fauci, the director of the National Institute of Allergy and Infectious Diseases, said that the White House Coronavirus Task Force is giving “serious consideration” to broadening the existing guidance on face masks, but he said first priority must be given to health-care workers who are currently experiencing a shortage of masks.

However, widespread mask usage can only explain so much. South Korea, Hong Kong and Singapore have all experienced bad coronavirus outbreaks in the past, and they learned lessons that the U.S. and other countries appear to have missed: the value of early testing.

Case in point: In 2015, South Korea battled an outbreak of Middle East respiratory syndrome that infected 186 people and killed 38 people. The first MERS case during that outbreak was traced to a 76-year-old businessman who returned from a trip to the Middle East. Because he was not diagnosed for several days, more people came into contact with him.

That ultimately ignited a chain reaction which eventually placed 17,000 people in quarantine. Before he was diagnosed with the virus, he visited four different hospitals in South Korea, according to a 2018 study on South Korea’s response to the outbreak published in Asia Pacific Journal of Public Health. The country learned the importance of early testing.

South Korea currently has the capacity to manufacture 100,000 test kits a day, and they can indicate whether a person has coronavirus within hours.

At that time, South Korea quickly got to work on developing tests. “In mid-January, our health authorities quickly conferred with the research institutions here,” South Korea’s foreign minister, Kang Kyung-wha, told the BBC, “and then they shared that result with the pharmaceutical companies, who then produced the reagent [chemical] and the equipment needed for the testing.”

Currently, the country manufactures 100,000 test kits a day that can indicate whether a person has coronavirus within hours, the New York Times reported. “Testing is central because that leads to early detection. It minimizes further spread,” Kang said, and it allows health authorities to quickly treat those who have the virus. “That’s the key behind our very low fatality rate,” she added.

In the U.S., two months after the disease was detected, many people still couldn’t get tested, the Associated Press reported. That’s partly because there was a limited supply of tests that were reserved only for people who had traveled to China and other parts of the world that reported high rates of infection. In February, U.S. laboratories processed only 352 COVID-19 tests, the CDC said.

Isolating positive cases — even the mild ones

Like South Korea, Singapore also encountered an outbreak similar to COVID-19. In 2002-2003, severe acute respiratory syndrome (SARS) infected 238 people — killing 33 of which. “Transmission within the health-care and household settings accounted for more than 90% of the cases,” according to a 2006 report published by Annals of the Academy of Medicine of Singapore.

Singapore doesn’t allow patients with COVID-19 to self-isolate at home even if they have a mild symptoms. That helps prevent family members catching it.

At the time, the Singapore reported a shortage of isolation rooms in hospitals. “It was aware then that its infrastructure wasn’t ready for an outbreak of this kind,” Dale Fisher, chair of infection control at the National University Hospital in Singapore, wrote in a post published in The Conversation, an online journal. “So, in the years since, isolation hospitals were built.”

Hospital bed shortages prompted New York’s Gov. Andrew Cuomo to advocate for four temporary hospitals. New York State alone has reported over 83,712 cases, as of Wednesday, according to the state’s health department, with over 47,439 of those in New York City. That exceeds the number of cases in several countries including South Korea, France and Iran.

After the MERS outbreak, South Korea quickly implemented legislation that would allow health officials to aggressively trace the footsteps of citizens who test positive for an emerging infectious disease. Using security camera footage, credit-card records, GPS data from cellphones and car navigation systems, they are able to pinpoint exactly where a person has been.

South Koreans are notified when a person in their district contracts COVID-19 and they are also given details of their whereabouts.

South Koreans are also notified when a person in their district contracts COVID-19 and they are given highly detailed information about their whereabouts — including the exact bus they may have taken and whether or not they wore a mask. They don’t, however, release their names.

Unlike Singapore, South Koreans aren’t required to check into a hospital if they are diagnosed with coronavirus. Instead, they are allowed to self-isolate at home. However, they are required to download another app, which alerts officials if they have left their homes. If they do so, they can be fined up to $2,500.

Implementing this form of aggressive contact tracing in the U.S. highly unrealistic, said Bruce Klingner, a senior research fellow for Northeast Asia at the Heritage Foundation, a conservative policy think-tank based in Washington D.C.

“If U.S. government said, ‘We’re going to do what South Korea is doing,’ today, there would be serious privacy concerns and civil-liberty law suits that would make it impossible for to implement.” What’s more, Americans are already concerned about how their personal data is being used, Klingner, who worked as a CIA analyst for 20 years, said.

“People were so uncomfortable when they found out their Facebook FB, -3.88%  information was hacked or leaked and their data was being used in ways they didn’t know,” he said referring to the Cambridge Analytica scandal in early 2018. (Facebook declined to respond to MarketWatch’s request for comment.)

Implementing emergency laws that allow more advanced contract tracing in the event of an infectious disease outbreak, “seems like the kind of thing that may only be discussed as after item for when the country eventually weathers through the pandemic,” Klingner added.

But members of the public wearing face masks helps, and early testing in particular appears to have worked in Singapore and South Korea, are two ways of trying to stop the spread of coronavirus, health professionals say. Fauci also told CNN Tuesday: “When we get in a situation when we have enough masks, I believe there will be some very serious consideration about broadening this recommendation of using masks. We’re not there yet, but we’re close.”