From top to bottom, the S&P 500 Index has fallen 35% in this bear market. Here are the two most common questions I receive in my inbox: Is the bear market over? If it is not, can there be a bear market rally?

In my humble opinion, the bear market may already be over, and I explain why here.

Even if the bear market is not over, how big of a bear market rally, historically, can be expected?

In terms of historic parallels, the 2020 air-pocket drop is unprecedented. Here is a chart that shows why. 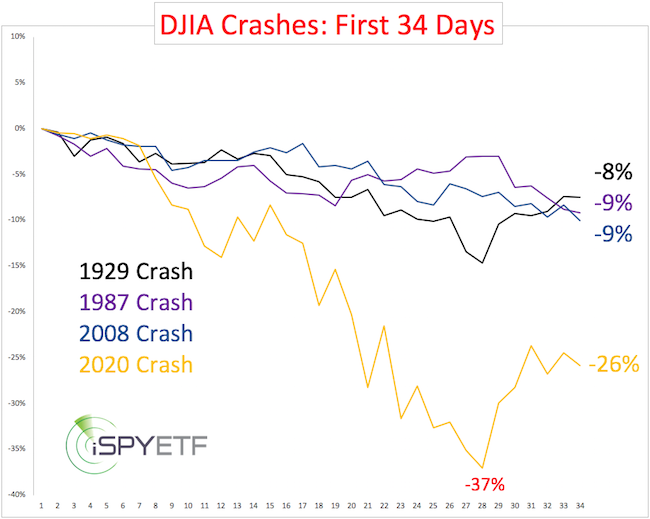 As the red boxes outline, each bear market had a pronounced “crash phase,” which usually happened several weeks or months after the peak. The 2020 drop went straight into crash mode. 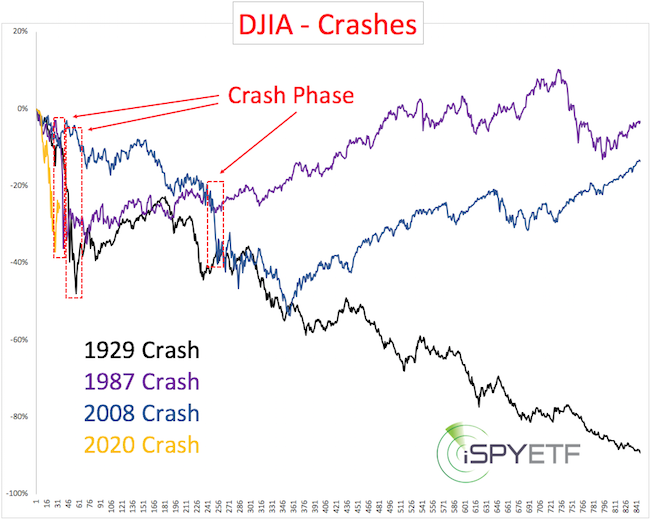 The crash phase of 1929 lasted from Oct. 10-29, which was followed by a bounce that retraced 36% of the crash-phase losses. The bounce, however, relapsed once more before the Dow staged a five-month 50% rally (which also gave way to further losses). 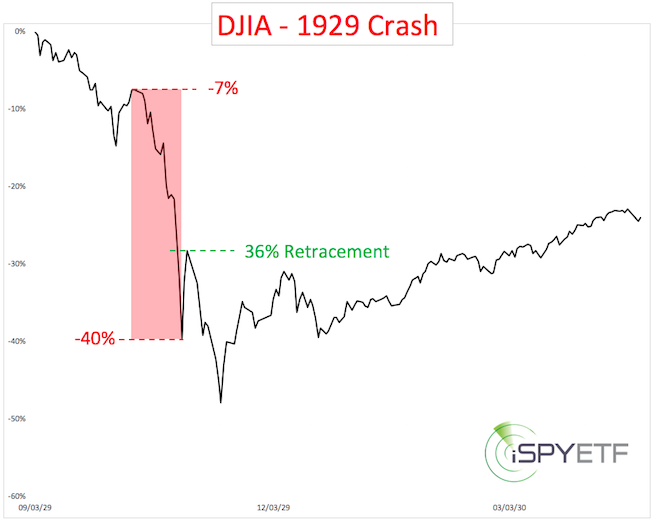 The crash phase of 1987 lasted from Oct. 2-19. The first bounce retraced 28% of the prior crash-phase losses. Although there was a retest of the Oct. 19 low, and initial gains were slow and choppy, the Dow never closed below the Oct. 19 low again. 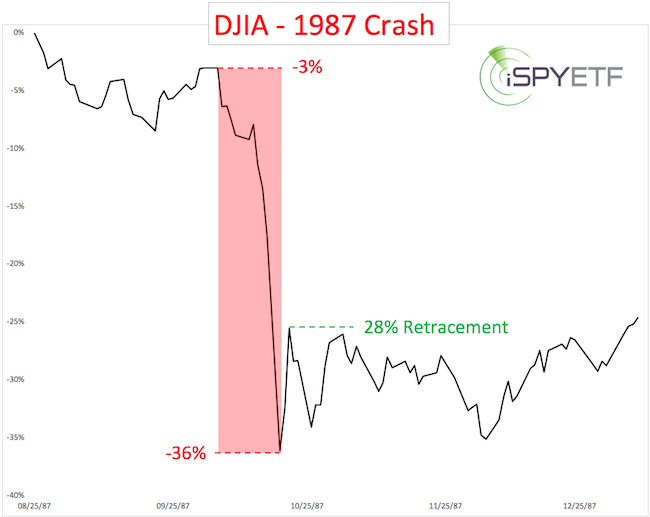 The strongest crash phase of 2008 lasted from Sept. 19-Oct. 27. The first real bounce retraced 24% of the crash-phase losses. This bounce, however, failed miserably. 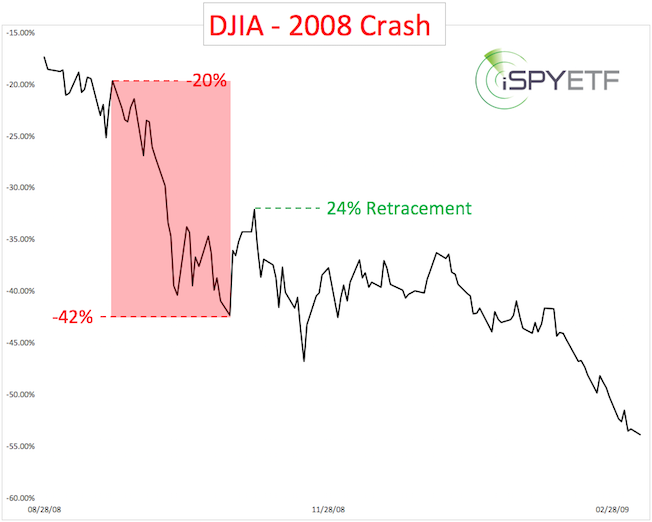 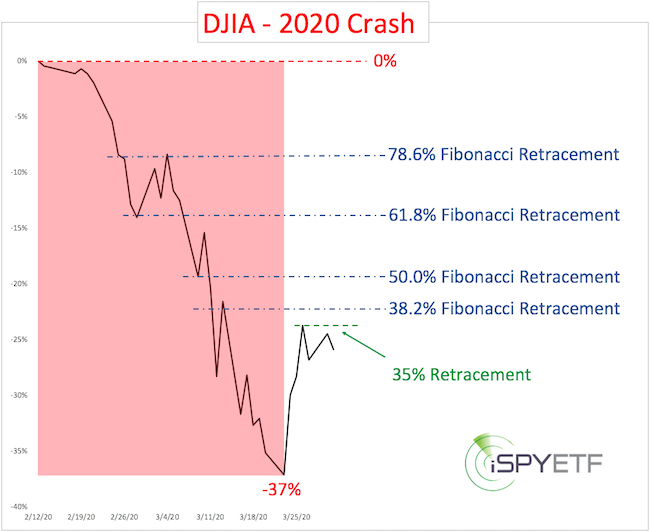 Last week’s high and the 38.2% Fibonacci resistance levels appear important for the shorter-term bounce potential. Those levels are:

A close above those levels would unlock higher targets, perhaps even new highs. Failure to move above those resistance levels may result in a test or break below the March 23 low.