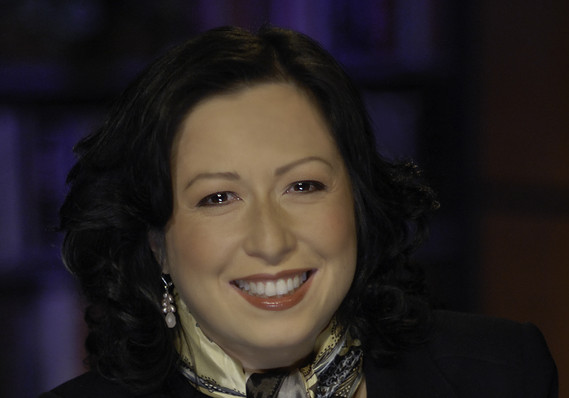 Decades of covering the news and championing diversity in the workplace were on Maria Mercader’s resume, but it was the indomitable smile she had for everyone while facing several bouts with cancer that inspired colleagues and friends of the veteran CBS News journalist.

Mercader, 54, director of talent strategy at CBS News, died from coronavirus in a New York hospital on March 29. She had been on medical leave for an unrelated issue since the last week in February.

The journalist, who began her career with CBS News in 1987 as a page, rose through the producing ranks on the CBS News foreign and national desks, winning a Business Emmy in 2004 for her work on a “CBS Sunday Morning” report on computer spam.

For more than 20 years, Mercader fought cancer and related illnesses, but maintained a positive outlook, and encouraged others to do the same when facing their own challenges.

“With a tongue-in-cheek, in-your-face style, she lit up every room she entered,” said Ronald B. Brown, president of Banks Brown in San Francisco and Mercader’s executive coach. “She had a turbo-style energy that belied her physical challenges. I will miss her as a colleague, and as a friend.”

Born in New York City, Mercader attended the all-girls Dominican Academy in Manhattan, and graduated from the College of New Rochelle in 1987. Her mother Gladys, who predeceased her, was the pianist for the American Ballet Theatre, fostering a lifelong love of music and ballet.

Mercader was the spark of joy in every gathering, said friends, who hold memories of a woman who went out of her way to help others.

One longtime friend said he would never forget the kind gesture Mercader extended to his son Justin when she learned that the boy, then 11 years old, watched the CBS Evening News, anchored by Scott Pelley, every Wednesday evening with his dad as they ate pesto pasta, calling it their “Pesto Pasta with Pelley” night.

“Maria offered to set up a meeting with Scott Pelley for my son,” said Fred Katayama, a Reuters TV and video journalist. “She took us into the control room to witness a live broadcast, then introduced us to Scott afterward. Justin was thrilled. Maria was sweet, smart and thoughtful. She was passionately dedicated to good journalism, and fought for diversity just as strongly as she fought cancer.”

In a remembrance that aired on CBS News, Anthony Mason, co-host of “CBS This Morning,” called Mercader “this organization’s heart, soul, and spirit… Maria was a devout Catholic who had a special devotion to Therese of Lisieux, the saint who said a word or pleasing smile is often enough to raise up a saddened and wounded soul. Our souls ache tonight, but we will always find joy each time we remember Maria Mercader’s many kind words, and her ever-present smile.”

The family requested that any donations in her honor be made to the American Ballet Theatre and Memorial Sloan Kettering Cancer Center.