Home
Stocks
Key Words: These mortgage borrowers will be ‘the first canary in the coal mine’ for a coronavirus-fueled foreclosure crisis, regulator says
Prev Article Next Article 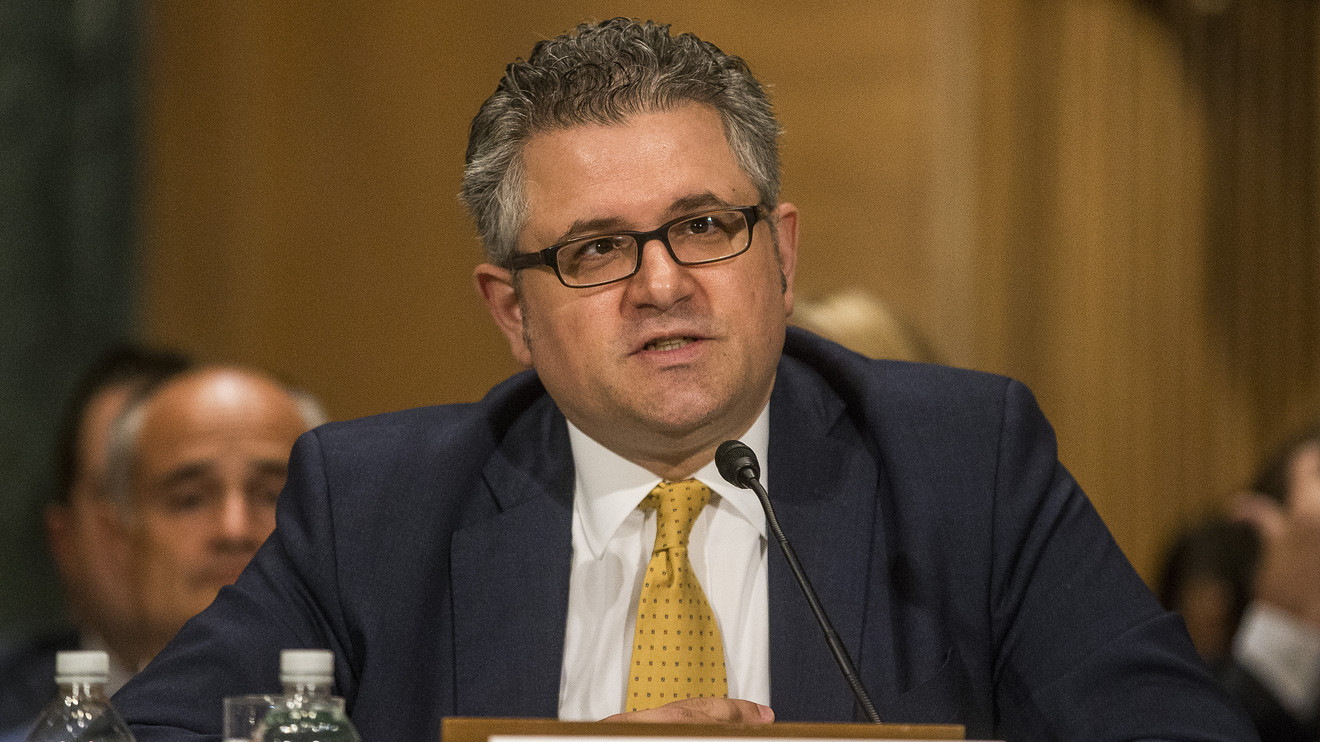 Just before the coronavirus pandemic reached America’s shores, the U.S. saw the lowest number of foreclosure filings in over a decade. But the economic downturn the disease outbreak has since caused could lead many Americans into foreclosure, the regulator of Fannie Mae FNMA, -5.03%  and Freddie Mac FMCC, -5.56%  said.

During an interview with CNBC Wednesday, Federal Housing Finance Agency Director Mark Calabria warned that the U.S. mortgage industry could face significant strain in the form of delinquencies and foreclosures if the coronavirus emergency lasts for six months or longer.

“This fundamentally comes down to how long an event this is,” Calabria said.

“If this only goes on for two to three months and we see pop back in the economy and people are hired back to their old jobs by and large, then I think this will be something the industry can get through without too much stress,” he added. “But if this is something that goes on for six months or more, then I think you’re going to continue to see a lot of stress.”

“The place to look right now is the FHA market with the credit quality of their borrowers,” Calabria said. “They are going to be the first canary in the coal mine if you will in terms about what the broader implications are going to be.”

FHA loans carry less-stringent requirements in terms of credit scores and down payments than mortgages backed by Fannie and Freddie.

Before the number of coronavirus cases began climbing in the U.S., prompting government officials to shutter non-essential businesses, foreclosure activity hit a record low. In February, there were only 48,004 properties across the U.S. with foreclosure filings such as default notices, scheduled auctions or bank repossessions across the U.S., according to real-estate data company Attom Data Solutions. That was the lowest number of filings recorded since Attom began tracking the data in April 2005.

The number of foreclosure filings will likely drop further in the coming months as many lenders have stopped foreclosure proceedings in accordance with government directives during the coronavirus crisis, said Todd Teta, chief product officer with Attom Data Solutions.

In the wake of the job losses caused by business shutdowns as a result of the coronavirus pandemic, the FHFA and the Department of Housing and Urban Development instructed mortgage lenders and servicers to extend forbearance options to borrowers facing financial hardship. These forbearance agreements can allow borrowers to reduce or stop making payments for up to 12 months.

While borrowers would receive a break, servicers would still be on the hook for making payments to investors who had purchased mortgage-backed securities.

“Even if a quarter of all borrowers request forbearance for six months or longer, cash demands on servicers could exceed $75 billion and could climb well above $100 billion,” Mike Fratantoni, chief economist for the Mortgage Bankers Association, said last week. The trade group called on the Federal Reserve and U.S. Treasury to create a liquidity facility that mortgage servicers could borrow from to remain solvent.

Calabria said most servicers would be able to make it through the crisis if it lasts only two or three months. He added that forbearance requests have “overwhelmingly” come from borrowers with strong credit scores who had never been delinquent on their home loans.