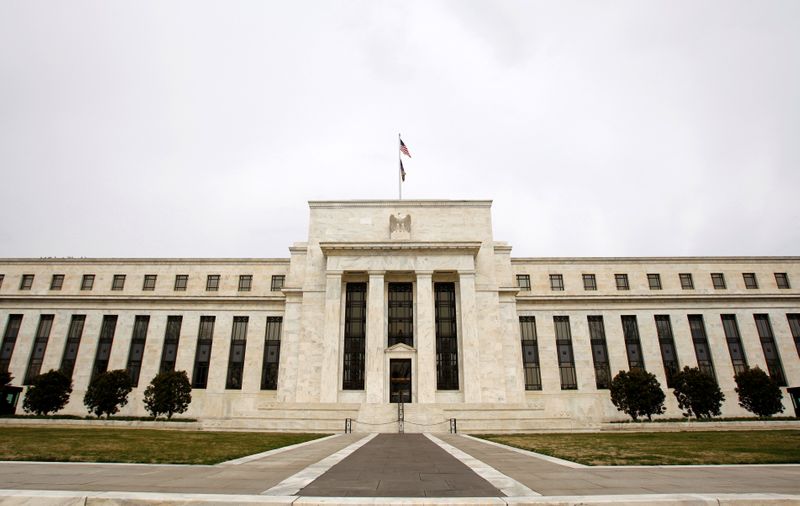 WASHINGTON (Reuters) – The U.S. Federal Reserve announced on Wednesday it was temporarily easing its leverage rules for large banks by exempting certain investments from a key leverage calculation, part of the effort to combat the economic slowdown inflicted by the coronavirus pandemic.

Now, banks will be able to exempt any holdings in U.S. Treasury debt or deposits at the Fed from their calculations of the supplementary leverage ratio, or SLR, an additional leverage restriction imposed on the largest U.S. banks.

The exemptions, which the Fed said will help ease strains in the Treasury market and encourage banks to continue lending, will stay in place until March 31, 2021.

The leverage restrictions easing marks the latest attempt by the Fed to ensure that banks can continue to lend during the slowdown due to the pandemic.

The SLR, which applies to banks with over $250 billion in assets, was created by the U.S. central bank following the 2007-2009 financial crisis that saw banks nearly collapse after a national housing crisis. The rule, which directs banks to hold a certain percentage of capital as a cushion against its assets, was aimed at ensuring the largest institutions had an extra layer of protection against any future downturns.

In a statement, the Fed said liquidity conditions in the market for U.S. government debt had “deteriorated rapidly,” and banks were seeing a significant increase in customer deposits as people shied away from riskier investments.

By exempting those safer investments from the formula, the Fed said it would allow banks to expand their balance sheets and keep lending.

The vote to ease the rule, which generally applies to banks with over $250 billion in assets, was unanimous as Democratic Fed Governor Lael Brainard supported the change after opposing pre-pandemic efforts by the Fed to ease bank rules.

The Fed also underlined in a statement announcing the change that it is intended to help banks lend, not give it another opportunity to boost payouts to investors. The rule change is aimed at ensuring banks act as “financial intermediaries, rather than to allow banking organizations to increase capital distributions.”

The Fed said it would “administer the interim final rule accordingly.”