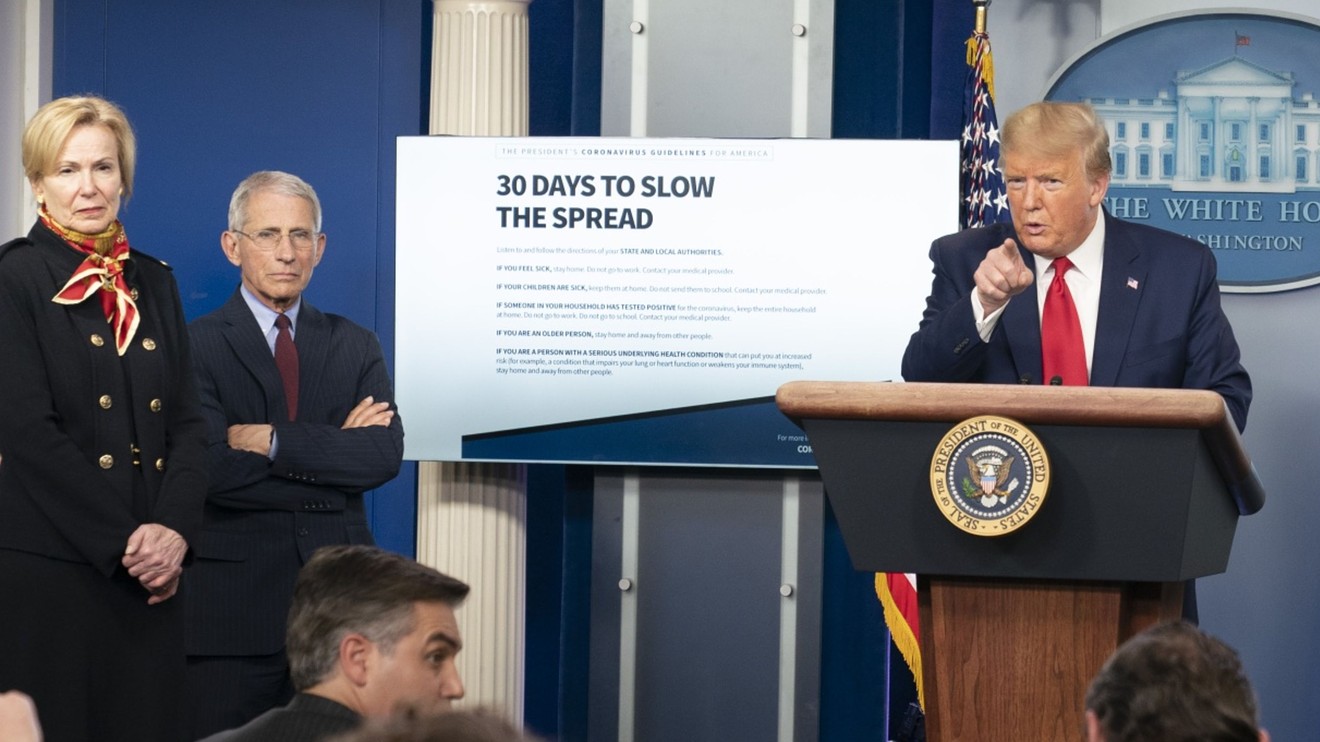 Late Tuesday, the president said the next two weeks would be “very, very painful” and the White House issued new projections that the U.S. might suffer between 100,000 and 240,000 deaths from the pandemic.

All 11 sectors of the S&P 500 showed significant declines Wednesday:

Bank-stock investors in the U.S. were concerned their dividends were threatened, after several large banks in the United Kingdom suspended their dividends at the request of the Bank of England, leading to significant share-price declines.

Odeon Capital Group analyst Dick Bove wrote in a note to clients: “If the U.S. Congress concludes that bankers have misused their capital [mainly through stock buybacks] for personal gain, which I believe is possible, the likelihood is that they will demand that similar actions will be required of U.S. banks. This will be devastating to the stock prices of these companies.”

All components of the Dow Jones Industrial Average were down, except for Walmart WMT, +0.46% :

You can click on the tickers for more about each company, including news coverage and company profiles.

Scroll the table to see all the data.

Don’t miss: These 60 large U.S. companies are ‘susceptible to a dividend cut,’ according to Jefferies