Home
Market
Fear of virus won't save mom in U.S. college admissions scandal from prison
Prev Article Next Article
This post was originally published on this sitehttps://i-invdn-com.akamaized.net/trkd-images/LYNXMPEG2U1ZO_L.jpg 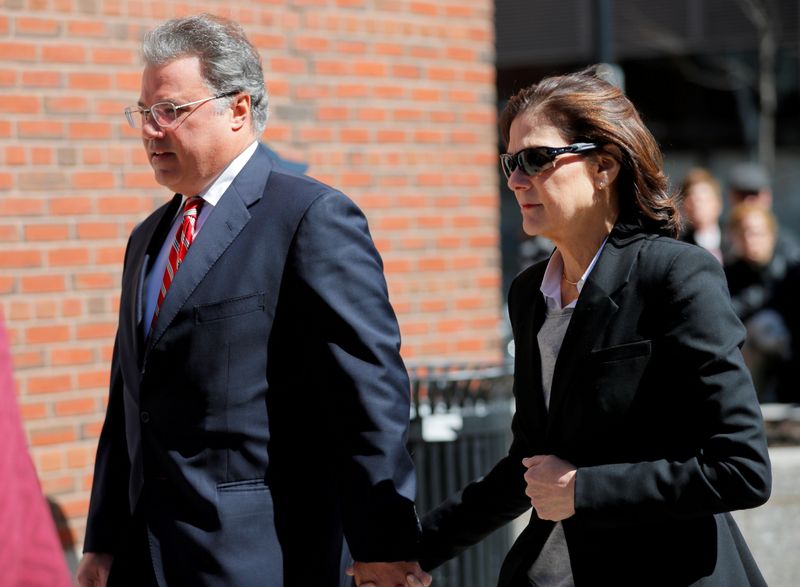 BOSTON (Reuters) – A California mother was sentenced on Tuesday to seven months in prison for paying $450,000 to help her daughters gain an illicit edge in the college admissions process, despite her lawyers’ arguments that she faced exposure to the coronavirus if she were incarcerated.

Prosecutors argued she deserved 26 months in prison after she and her husband, who founded specialty finance lender Hercules Capital Inc, in October pleaded guilty and admitted they were among several wealthy parents who took part in a vast college admissions cheating and fraud scheme.

The Atherton, California, resident appeared before the judge by video, a social distancing step undertaken by the court to deter the spread of COVID-19, which is caused by the novel coronavirus and has killed more than 3,000 people in the United States.

Aaron Katz, her lawyer, argued for home confinement, saying “it is entirely conceivable federal prison will not be a safe place for Elizabeth until there is a COVID-19 vaccine.”

But U.S. District Judge Nathaniel Gorton said while he could delay when she ultimately reports to prison, Henriquez deserved a seven-month term and a $200,000 fine for committing an “inexcusable crime of greed, hubris and flaunting of personal wealth.”

Henriquez is among 53 people charged with participating in a scheme in which parents conspired with a California college admissions consultant to use bribery and other forms of fraud to secure the admission of their children to top schools.

The 36 parents charged since March 2019 include “Desperate Housewives” actress Felicity Huffman, who was sentenced in September to 14 days in prison, and “Full House” star Lori Loughlin, who is fighting the charges.

Prosecutors said the Henriquezes beginning in 2015 paid Singer nearly $50,000 to have an associate proctor the SAT and ACT college entrance exams for their daughters and feed them answers.

Prosecutors said Elizabeth Henriquez also paid $400,000 to have Singer arrange to have a Georgetown tennis coach he was bribing designate her oldest daughter as an athletic recruit.