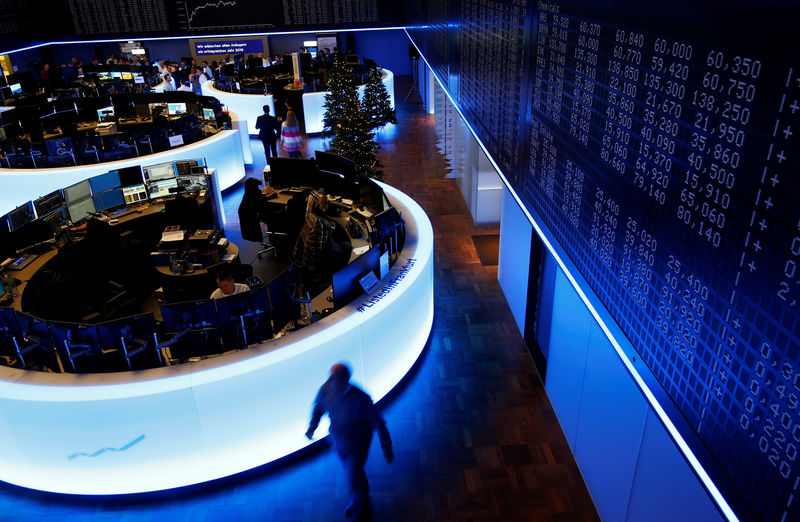 Investing.com – European stock markets are set to open cautiously higher Monday, rebounding after Friday’s sharp losses but weighed on by President Donald Trump’s decision to abandon his plans for an early reopening of the U.S. economy.

The tone within the market remains one of caution, and futures pared early early gains, as the number of Covid-19 infections headed rapidly towards 750,000 worldwide. The number of deaths from the virus in Italy, the epicenter of the outbreak in Europe, is now well over 10,000, according to data from Johns Hopkins University.

Overnight, President Donald Trump had abandoned his hope of lifting restrictions on the U.S. economy by Easter, extending the current guidance on social distancing to the end of April. Trump said while 100,000 is “a horrible number,” if the U.S. can keep its death toll to “100,000, so we have between 100,000 and 200,000, we altogether have done a very good job.”

Earlier Monday, the People’s Bank of China cut interest rates to 2.2% from 2.4%, the largest reduction in nearly five years, and announced plans to use 7-day reverse repurchase agreements to put  50 billion yuan ($7.04 billion) into the banking system.

“This rate cut was unexpected. But the liquidity injection was even more of a surprise,” said ING analyst Iris Pang, in a research note. “The PBoC has not only stopped injecting any liquidity into the system since the 16th March but even withdrew CNY33 billion of liquidity on 28th March, a working day before this injection.”

“We see this rate cut as a move to avoid a financial crisis because liquidity has been ample in the Chinese interbank market,” Pang added.

There is a lot of economic data coming out of the eurozone this week. Monday’s March economic sentiment data, at 5 AM ET, will offer insights into how businesses and consumers assess the situation, even though the numbers predate new restrictive measures put in place since the survey was conducted.

In corporate news, UBS (NYSE:UBS) announced that it is maintaining its previously announced dividend for 2019. However, Dutch banks ING and ABN AMRO (AS:ABNd) said they will suspend payouts to conserve cash.

The European auto sector will also be in focus Monday after Japan’s Toyota Motor (T:7203) announced that it has suspended production in all its European factories.

Production will not resume until April 20 at the earliest, the company said on Monday. Toyota has seven factories in Europe – in France, the United Kingdom, the Czech Republic, Poland, Turkey, Portugal and Russia. The factories in Russia are the sole exemption and will be closed from March 30 to April 3.

Oil markets moved lower Monday as the pandemic continued to hurt demand while a price war between Saudi Arabia and Russia remained unresolved.