Home
Stocks
‘I’m not against releasing the restrictions,’ says Dr. Anthony Fauci, of areas of U.S. with low rates of coronavirus infection
Prev Article Next Article
This post was originally published on this site 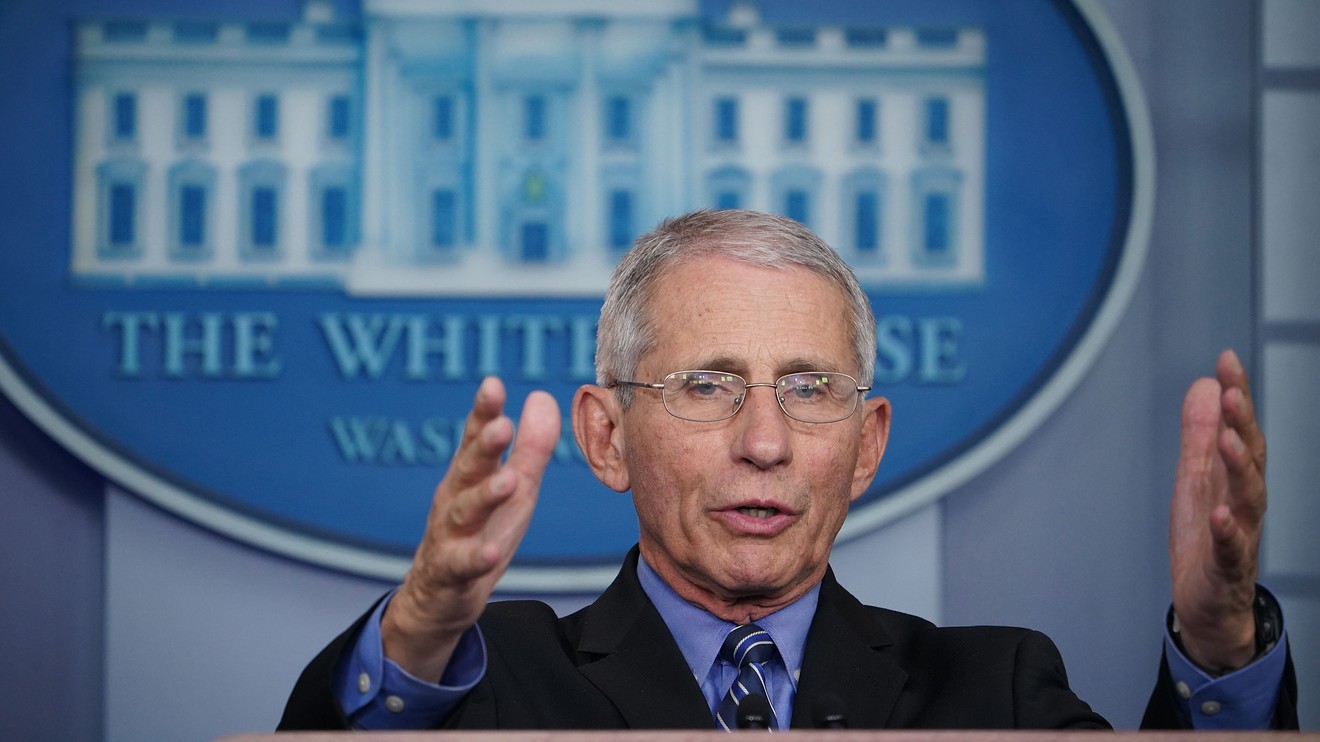 Dr. Anthony Fauci, the director of the National Institute of Allergy and Infectious Diseases, said he is “not against releasing restrictions” in certain parts of the country.

That would mean reopening schools and other businesses that were forced to close as a result of strict social-distancing measures. It would be dangerous, however, to remove some of the restrictions unless there is adequate testing to get “people out of circulation who are infected,” said Fauci, a key expert serving on the White House’s coronavirus task force.

“If you release the restrictions, before you have a good eyeball on what’s going on there, you’re going to get in trouble,” Fauci said on CNN’s “State of the Union” program. “So I’m not against releasing the restrictions — I’m actually for it in an appropriate place — but I don’t recommend that unless we have the tools in place.”

This comes as President Donald Trump floated the notion Saturday of a mandatory enforceable quarantine in New York City and much of the surrounding tri-state area only to have the idea called unworkable by New York Gov. Andrew Cuomo. Instead the administration issued a travel advisory Saturday night urging people to refrain from all nonessential travel in the region.

Fauci said he had not wanted Trump to issue an enforceable quarantine, saying that it “would be a bigger difficulty, morale- and otherwise.”

Some 56% of all of the new infections in the country are coming from the greater New York City area, now deemed the epicenter of the U.S. outbreak, Fauci said. As of Sunday morning, there were more than 32,308 cases of coronavirus in New York City. That accounts for more than half of the state’s 52,318 total cases, according to data from the New York Department of Health.

“What you don’t want is people traveling from that area to other areas of the country, and inadvertently and innocently infecting other individuals. We felt the better part of way to do this would be a advisory, as opposed to a very strict quarantine.”

Social-distancing measures to “flatten the curve,” or rein in the rapid spread of COVID-19, the disease caused by the novel coronavirus, SARS-CoV-2, first identified late last year in China, have had a direct negative impact on the U.S. economy. Restaurants, hotels and other small business that rely on foot-traffic have been forced layoff workers.

Read: Emerency-loan program for small businesses will be up and running this week, say Kudlow and Mnuchin

The most recent jobless-claims data showed that a record 3.28 million Americans filed for unemployment benefits last week. Loosening the restrictions that are now in place would allow more people to return to work but could, warn public health experts, cost lives.

See: A loophole for construction workers shows how confusing ‘stay at home’ regulations are

That’s partially why Fauci said he is in favor of lifting restrictions only once there is evidence from widespread that shows the risk is relatively minimal. “We don’t neglect other areas of the country, where it looks like they’re just relatively few infections, because we have a window of opportunity there to get out there and test.”

Across the country, COVID-19 had infected at least 124,763 people in the U.S. by Sunday morning, exceeding the number of confirmed cases in both China and Italy, and killed at least 2,191, according to data aggregated by Johns Hopkins University.

Read on: Trump wants his signature to appear on coronavirus stimulus checks