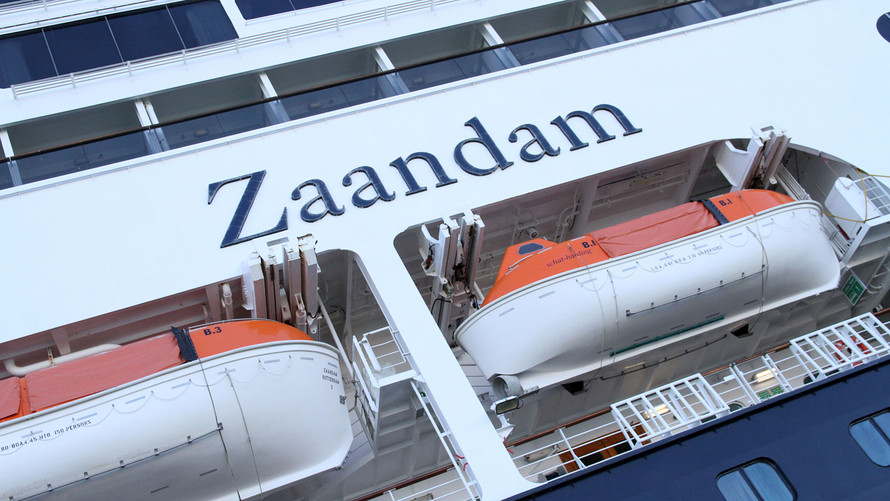 “Due to global health concerns, Holland America Line made the decision to suspend its global cruise operations for 30 days and end its current cruises in progress as quickly as possible so guests could return home,” the company said in a statement Friday.

Holland America Line said Friday that four passengers have died on its Zaandam cruise ship, but didn’t say whether COVID-19, the disease caused by the new coronavirus, was to blame. The company, which is a subsidiary of Carnival Corp. CCL, -19.19%, said they were “older” passengers.

“Holland America Line can confirm that four older guests have passed away on Zaandam. Our thoughts and prayers are with their families and we are doing everything we can to support them during this difficult time,” the cruise line said in a statement.

‘Our thoughts and prayers are with their families and we are doing everything we can to support them during this difficult time.’

The ship was previously denied permission to dock in Chile, and is seeking to land at Port Everglades in Fort Lauderdale, Fla. “Complimentary telephone counseling services from our care partner, Empathia, have been made available to guests and crew if they would like extra support during this time,” it said.

The Zaandam was sailing a South American cruise route that originated in Buenos Aires, Argentina, on March 7, and was originally scheduled to end at San Antonio, Chile, on March 21. No one has been off the ship since March 14 in Punta Arenas, Chile, Holland America said.

“Due to global health concerns, Holland America Line made the decision to suspend its global cruise operations for 30 days and end its current cruises in progress as quickly as possible so guests could return home,” the company added.

Also see: Should I cancel my flight? Will recirculated air on a plane spread coronavirus? Here’s what you need to know before traveling

The Zaandam plans to transfer groups of healthy guests to its sister ship, the Rotterdam, “with strict protocols for this process developed in conjunction with the U.S. Centers for Disease Control and Prevention.” They will undergo health screenings before transferring.

Earlier this month, the U.S. State Department issued a stern warning on cruises: “U.S. citizens, particularly travelers with underlying health conditions, should not travel by cruise ship,” citing increased risk of infection of COVID-19 in a cruise-ship environment.

“In order to curb the spread of COVID-19, many countries have implemented strict screening procedures that have denied port entry rights to ships and prevented passengers from disembarking,” the State Department said.

The department said U.S. citizens cannot continue to rely on the U.S. government to intervene on ships that are quarantined at sea, or shunned by other countries, or provide repatriation flights.

Travel on cruise ships is particularly popular among families and the elderly, and the risk of contagion is relatively high on a ship. Younger children with strong immune systems have the lowest fatality rate from COVID-19, but may be prone to spreading the virus to those most at risk.

Novel coronavirus has a median incubation period of around 5.1 days. The rate is longer than that of other human coronaviruses (3 days) that cause the common cold. The period of incubation can affect how fast illnesses spread.