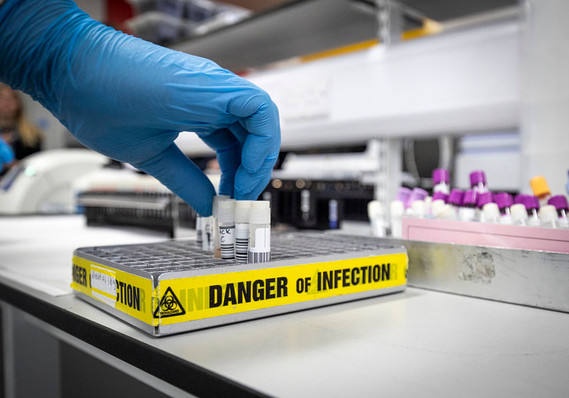 The New York Blood Center could start collecting blood plasma donations from recovered COVID-19 patients as early as Thursday, according to Dr. Bruce Sachais, chief medical officer at the center.

The blood center will be the first in the U.S. to collect the plasma, which will be used in an experimental treatment called “convalescent plasma,” it announced Wednesday. The treatment would transfer the antibodies to critically ill patients currently receiving care in New York City hospitals.

“The idea of convalescent plasma is that people who have had a disease have made antibodies, which are molecules we use to protect ourselves from viruses,” Dr. Sachais told MarketWatch. “That [plasma] could be collected and given to a person who’s actively sick now…[and] that may help their body begin to fight the infection until their own body makes enough antibodies to clear the infection.”

Essentially, it creates a bridge for patients. Transferring one person’s antibodies into another person helps buy the sick patient some time while their own system revs up, Dr. Sachais explained.

The U.S. Food and Drug Administration on Tuesday approved the use of the treatment on patients seriously ill from the coronavirus. It would be used on a case-by-case basis, and hospitals would apply to the FDA to get approval for the treatment, it said.

Additionally, New York Gov. Andrew Cuomo announced Monday that state medical officials would start investigating the treatment. New York City has become the epicenter of the outbreak, with more than 21,000 cases. New York state has more than 37,000 recorded cases and 385 deaths as of Thursday, according to Cuomo’s office.

Hospitals around the region are currently calling for plasma donations from recovered coronavirus patients. Medical professionals are also currently working to identify qualified donors and make sure they meet the qualifications outlined by the FDA, Dr. Sachais said.

Donors are subject to the established protocol for all blood donors, he added.

A number of potential donors are currently being screened, but an initial donor had been identified Thursday and collection could begin later that day, Dr. Sachais explained.

“There have been quite a few potential donors who have come forward and are interested in participating,” he said.

The New York Blood Center will then collect the plasma, process it and maintain a bank for the treatment of immediately life-threatening COVID-19 infections.

Health officials are hopeful about the treatment, but more research is needed.

“Although promising, convalescent plasma has not been shown to be effective in every disease studied,” the FDA said in a statement.

“There’s only been very few reports about it helping, and we also have to be careful that we don’t harm people,” he said. “So it’s important that we watch very carefully how patients respond to this therapy.”