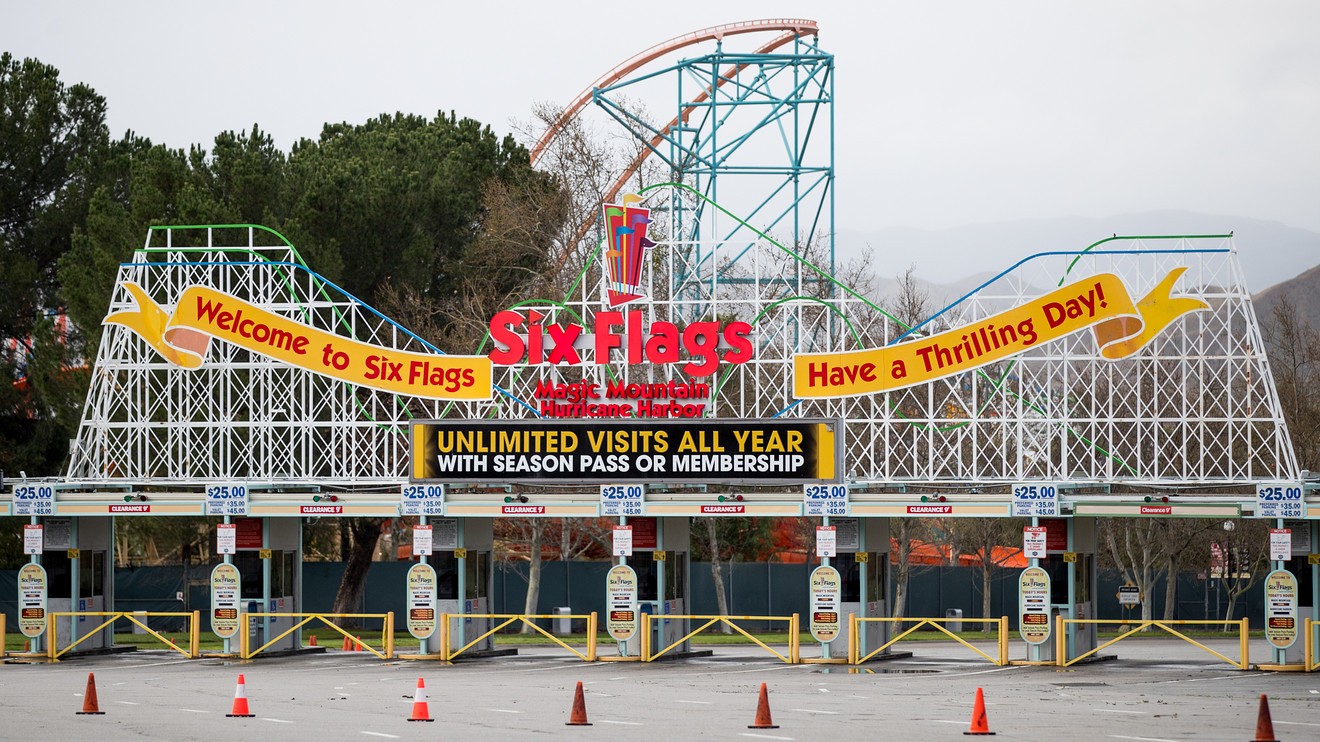 Throughout these topsy-turvy times of scary health news, city lockdowns and daily market moves of 5% or more in both directions, there’s been one comforting constant.

Corporate insiders — executives and directors who buy shares in their own company — are loving this pullback. They’ve been steadily buying in amounts I’ve never seen in the 10 years I’ve used insider purchases to find investment and trading ideas in my stock newsletter Brush Up on Stocks.

Here’s another reassuring sign. Since the S&P 500 index SPX, -0.90%, Dow Jones Industrial Average DJIA, -0.03% and Nasdaq Composite Index COMP, -1.29% really began falling apart after March 5, insiders have been heavily buying all the areas that will supposedly get hit the hardest by this coronavirus and the COVID-19 illness it causes. Think airlines, public gathering places companies like amusement parks as well as energy, financials, industrials and basic materials.

Corporate insiders have stayed far away from the defensive names and “dividend aristocrats” that many talking heads now want you to purchase. Below are 20 examples of companies where insiders are buying in substantial enough size to be a significant signal, according to the system I use for my letter.

Why are insiders buying when everyone else is selling? The short answer is they think their stocks are too cheap. They have a habit of knowing when this is the case. Insiders are often savvy buyers, according to academic research.

Other than this obvious point, insiders, like me, may have noticed the following.

• Fears about COVID-19 seem to be exaggerated. Yes, all flu viruses are risky. They regularly take a lot of lives. But President Donald Trump is now saying what I’ve said from the start: The 2.5%-3% “mortality rate” is vastly overstated and misleading because so many people have had such mild cases they never get included in the infection rate. That oversight boosts the supposed mortality rate.

• It’s been clear from the start that the Federal Reserve and politicians in Washington, D.C. would respond with shock-and-awe monetary and fiscal stimulus. “It’s not their fault” is a common refrain we hear from politicians lining up aid to the worst-off sectors like airlines and cruise lines.

Read: Airlines and Boeing want a bailout — but look how much they’ve spent on stock buybacks

• If the U.S. tracks China and South Korea, incidents of new cases and deaths will peak and begin to decline soon. Baird biotech analyst Brian Skorney thinks this could happen in two to four weeks.

• Former Goldman Sachs CEO Lloyd Blankfein and others are pushing back on the national lockdown, noting that it too can cause serious health issues. Trump is running with this idea, citing potential suicides and severe depression linked to job loss.

• The U.S. is a lot different from Italy. So Italy won’t be a model for lethality rates here. A lot more Italians have been lifelong smokers, damaging their lungs, which increases vulnerability. In Italy’s family-oriented culture, there’s a lot more daily interaction between the elderly and youth, providing greater opportunity for the disease to spread. There’s also a lot more casual physical contact among friends in social settings, particularly when greeting. Phone-tracking studies show a lot of Italians ignored their lockdown, whereas the streets of New York have been vacant since Gov. Mario Cuomo told everyone to stay inside.

Read: What daily life during the pandemic looks like to people across the U.S., and beyond

Of course, this coronavirus will be back next flu season. But by then we may be closer to finding a therapy or a vaccine. Or enough people will have gotten it that it won’t rip through the population as quickly.

So in the end, it’s most likely going to turn out that insiders buying the March pullback were making smart moves, even if many of them were early — often the case with insiders.

Richard Kinder, who was an early pioneer in energy infrastructure development, purchased shares of his Kinder Morgan KMI, -2.25%  infrastructure company above $20, only to see it fall to $9.42.

Carl Icahn is definitely one of the smarter investors around. His shop bought Hertz Global Holdings HTZ, -8.06% at $7-$8 in the March pullback only to see it move to $3.18.

But even these early buys will probably work out. These stocks are already putting in nice moves off their lows. Delta Air Lines and Kinder Morgan this week were up at least 35% from their lows. Hertz was up over 160% from its March bottom to trade in the mid-$8 range, meaning Icahn’s most recent purchases are already profitable. Icahn’s experience with Hertz reinforces the takeaway that insiders are often early, but also often right.

Read: You can be ‘practically stealing’ quality stocks now, according to Jefferies

Here’s a quick tour of the “worst” sectors that insiders are buying — providing a contrarian signal which suggests that you might want to get exposure to these groups, too.

Planes emptied out early in the crisis. Who wanted to be a tube full of strangers for hours, even if the air is well filtered? Then airlines threw in the towel and shut down routes extensively to control costs. As their shares tanked, airline sector insiders bought them. Besides the Berkshire Hathaway purchase of Delta Air Lines (Buffett’s shop has to report as an “insider” because it owns a lot of stock), insiders were buying SkyWest SKYW, -13.82% and Spirit Airlines SAVE, +9.31%. They were also buying stealth airline plays like TransDigm Group TDG, +10.28%, which sells parts used in the sector.

In the weak economy and low interest-rate environment that an extended lockdown would create, banks and market-oriented financial companies wouldn’t stand a chance, said the bear thesis. So investors dumped them. In the mayhem, insiders were picking up the discounted stock. They were significant buyers at Wells Fargo WFC, -3.11%, PNC Financial Services PNC, -1.76%  and Raymond James Financial RJF, -2.29%, for example.

As job losses mount in a shutdown economy, no one would be able to afford to take advantage of the low interest rates to buy a home. Sell the sector, according to this investor meme. Insiders are readily taking the other side of that trade, buying shares of Toll Brothers TOL, +1.62%, Home Depot HD, -0.51%, Lowe’s Companies LOW, +3.78%, and Amerco, the parent company of U-Haul. among others UHAL, -3.36%.

No one will go within 6 feet of each other for months if not longer. So forget about any businesses that involve congregating large numbers of people. Investors believing this thesis have been dumping restaurant, amusement park, gym and gaming stocks.

Insiders love the other side of that trade. I’ve pointed out how they’ve been buying Six Flags Entertainment SIX, +4.17%  and Cedar Fair FUN, +1.96%  in this column. But they’ve also been purchasing Churchill Downs CHDN, +0.69%. Yes, the Kentucky Derby has been canceled this year, but it won’t be gone forever.

The energy sector has problems of its own, given how Russia and Saudi Arabia have parted ways on price fixing. Now it’s a race to the bottom for oil prices CL00, -2.12%, as they battle for market share. But energy stocks are also unattractive in a recession. Investors worrying that we will see a long drawn-out economic pullback have really dumped energy stocks.

Insiders have been happy to snap them up. They’ve been buying Cheniere Energy LNG, -4.91%, Hess HES, -3.49%, Halliburton HAL, -4.45%  and Murphy Oil MUR, +1.12%, among others. As for the shootout between Russia and Saudi Arabia, that battle is weighing on their national budgets so much that they are likely to resolve their differences before too long.

At the time of publication, Michael Brush had no positions in any stocks mentioned in this column. Brush has suggested DAL, KMI, SKYW, TDG, WF, PNC, RJF, HD, LOW, SIX, FUN and LNG in his stock newsletter Brush Up on Stocks. Brush is a Manhattan-based financial writer who has covered business for the New York Times and The Economist Group, and he attended Columbia Business School.