Home
Stocks
The Margin: ‘Welcome to the shore, now go home!’ — New Yorkers fleeing to surrounding areas get blasted by locals
Prev Article Next Article
This post was originally published on this site 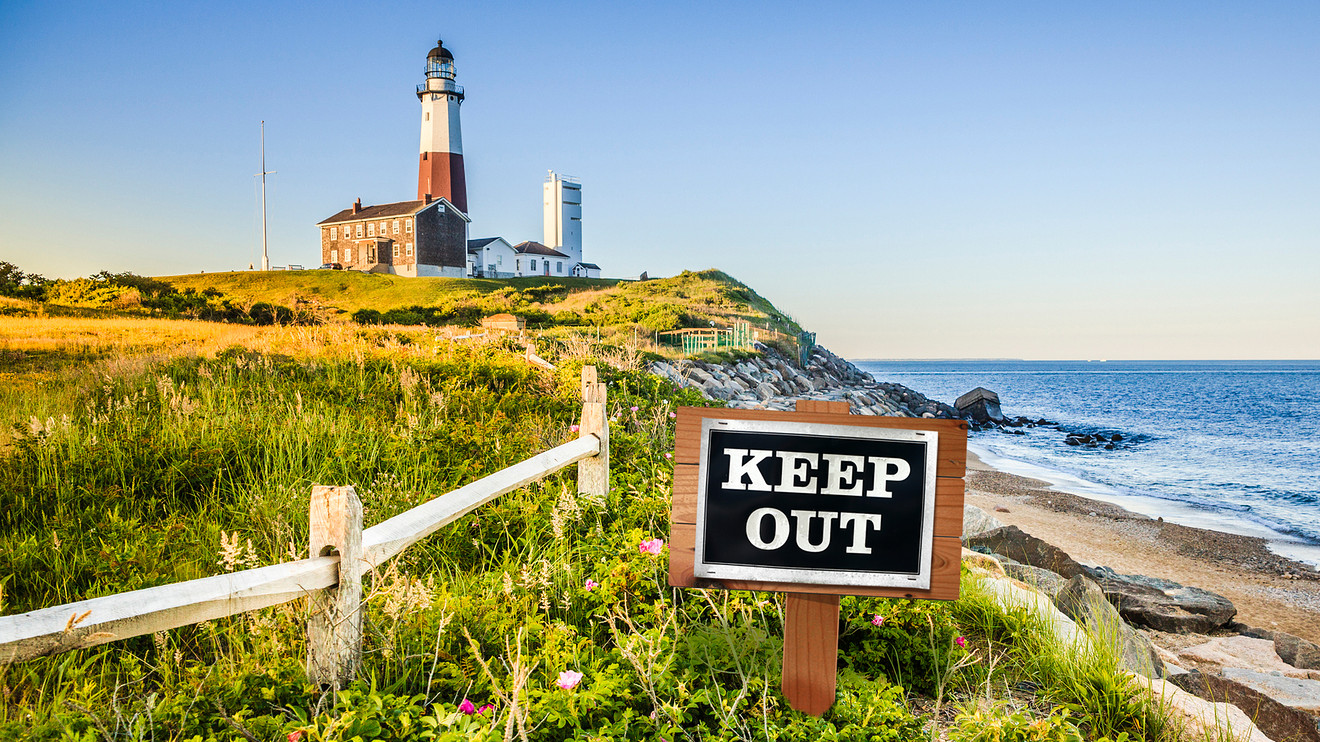 Stay at home? Not the Manhattan elite.

With coronavirus bringing New York City to a virtual standstill, those with the means to get out of town are reportedly doing just that. And apparently it’s only making matters worse.

The White House Coronavirus Task Force on Tuesday said that a flare-up of coronavirus infections on Long Island in recent days suggests that New Yorkers on the move have spread the virus, and it urged those who have left the city to self-quarantine for 14 days.

Of course, there’s little doubt that there are many on the move.

For instance, the population of Southampton, an area of several villages in Long Island, has seen its population surge to an estimated 100,000 over the past couple of weeks, from just 60,000.

“I would prefer that if you are coming from New York City, a hot spot, you stay there,” Jay Schneiderman, chairman of the East End Supervisors and Mayors Association, told the New York Times. “I can’t stop you, but we’d love people to heed the advice of the CDC and stay home.”

The same sentiment could be heard from frustrated locals in the Catskills, the Hamptons and southern New Jersey, where the popular “Welcome to the shore — now go home” bumper sticker takes on a more urgent meaning. Basically, don’t bring your problems to us.

Long Beach Township Mayor Joseph Mancini, who said his little town has tripled in size from 15,000 residents to 45,000, packaged it in much more friendly terms.

“We all love the summer people,” he said. “They drive our economy. But when they come down here now, the services here aren’t geared up for them.”

Less-measured messages have echoed across social media in recent days, as well:

I’m in the Catskills, Audis been showing up from the city all last week as people flee to summer homes, spreading the virus.

No ICUs in my county, and two neighboring counties don’t have any hospitals. Gonna be ugly in a few weeks

The elites in NYC should be locked down. They are now running off to Eastern LI, the Catskills, Florida, and wherever else spreading their filthy germs. These includes some of the morons who work at the @nytimes. https://t.co/FC34vd5Qpp

When Manhattan people come from the city to their summer home in the Hamptons to raid all of our food and medical supplies, and also bringing the world famous corona virus with them giving us 2000+ cases you be like pic.twitter.com/clHXOF74Hk

being in the hamptons rn is a perfect reason on why we should eat the rich, the rich are coming out here from the city (some knowing they have the corona virus), exposing the locals, taking our resources, medical care and are not even staying inside!

“The only cases in Greene County were brought here from downstate people so stay down there,” one man wrote in a post cited by the New York Times. “Just because you have a second home up here doesn’t mean you have the right to put us at risk.”

Greene County’s website said it has “NO hospital!” and told prospective travelers that visiting “from any area at this time is inadvisable and is highly discouraged.”

In the tony Hamptons, tensions are rising between the year-rounders and the summer super-rich who are coming out social distancing, and maybe even social climbing, in their seaside estates.

“There’s not a vegetable to be found in this town right now,” one resident told the New York Post. “It’s these elitist people who think they don’t have to follow the rules.” Another said perhaps it’s time to “blow up the bridges” to keep them out.

And they just keep coming. With some pretty wild demands.

Real estate agent Dylan Eckardt said he has gotten calls from diplomats and CEO types, including one man who had a blank check and asked if he could get a nine-bedroom house with a pool and a tennis court.

“I found him a house that’s a little over 15,000 square feet — $150,000 for 50 days,” Eckardt told the Wall Street Journal, adding that the new tenant brought his own cleaning crew. They spent eight hours in zip-up suits basically sterilizing the house.

It’s not just in the New York area, either. Here’s a not-so-friendly message from Florida, which has seen a steady influx of visitors looking to ride this thing out in warmer weather.

Fear of the spreading virus is understandable considering the latest stats. As of Wednesday night, there were nearly 66,000 confirmed cases in the U.S. with 926 deaths, according to Johns Hopkins University. New York state is home to about half of the overall number of cases.