Home
Stocks
Peter Morici: How Trump could outflank Biden and win re-election
Prev Article Next Article
This post was originally published on this site 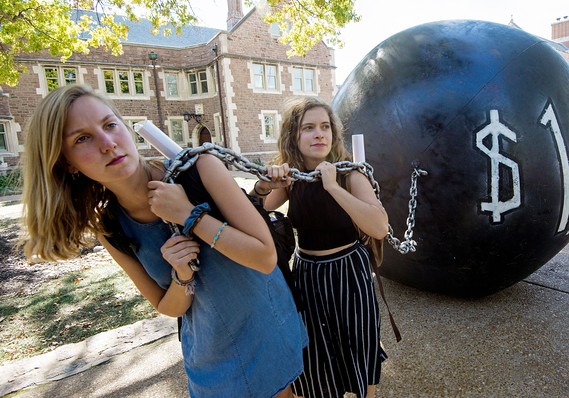 The Democratic establishment is eager to coronate Joe Biden and with good reasons. His primary victories were driven by an enthusiastic coalition that could easily overwhelm and even mine President Donald Trump’s base.

In Super Tuesday primaries and those that followed, voters that delivered for those Democrats—African Americans, college-educated women and suburban middle class — rejected Bernie Sanders for Biden. They simply don’t embrace Sanders’s brand of democratic socialism—just as they may be repelled by Trump’s unstable leadership and nativism.

Trump’s disaffected blue-collar voters are a declining share of the electorate, but the bad news for Trump is how much voter turnout was growing among Biden’s coalition before the COVID-19 scare. Participation was up 70% in Virginia, 40% in Texas and 30% in Michigan over the 2016 primaries, and Biden enjoyed considerable strength with blue-collar workers in Michigan—a state critical to Trump’s chances.

America’s experience with the Spanish flu a century ago provides critical clues about how the epidemic will play out this spring and summer. Then as now, the illness was spread by respiratory droplets and primarily killed by inflicting pneumonia and other complications. State and local politicians and health officials were the frontline actors.

When the coronavirus first arrived, Washington state and other jurisdictions could have moved faster but the Trump administration sent a confused message about the need for decisive action—now the president is vulnerable. As infections and deaths mount, the president will get the blame.

Actions in the present count more than historical gaffs. Biden’s flipflopping on China and abortion and lethargic demeanor won’t give Trump enough ammunition if the country is suffering from fever.

China and Italy are already in recession, and if the contagion does not subside with warm weather, infection rates easily could be high and enduring enough for the U.S. economy to score a deep recession in the second and third quarters.

Trump needs to expand his appeal beyond disaffected blue-collar workers and find an issue to pound other than a great economy and stock market. Paradoxically, if he looks to the disappointed among Sanders’s base, he could still win.

Median household incomes have recovered from the Great Recession but costs for housing, health care, and higher education tuition and debt are rocketing. The Trump administration and Republican Senate hardly have put up impressive records on these issues..

As the incumbent, Trump still controls the ball and could throw one last Hail Mary pass—forgive student debt.

In the early primaries, Sanders did well with Latinos but young folks, who are terribly burdened with student loans and skeptical of Biden, did not turn out in large numbers. That’s where the potential additional votes are, and he should put Larry Kudlow’s economic brain thrust to work on a solution.

Washington is the principle creditor—the federal government now holds or guarantees 90% of the $1.6 trillion college debt. Trump can send Congress a bill to wipe away those loans and buy up the remaining 10% by issuing new bonds and advocate tuition reforms. Capital markets are eager to absorb the bonds, or the Federal Reserve could purchase them to give the economy a giant boost.

Democrats in Congress don’t want to forgive the loans of six-figure Wall Street bankers, physicians and attorneys at big law firms, but Trump could force them to do the heavy lifting of whittling down the bill and bear voter disappointment.

Debt forgiveness would tap a huge vein of voters Biden didn’t win from Sanders and save the day for the president.