Home
Market
Advertisers stare into the coronavirus abyss
Prev Article Next Article
This post was originally published on this sitehttps://i-invdn-com.akamaized.net/news/LYNXMPEA7H0NX_M.jpg 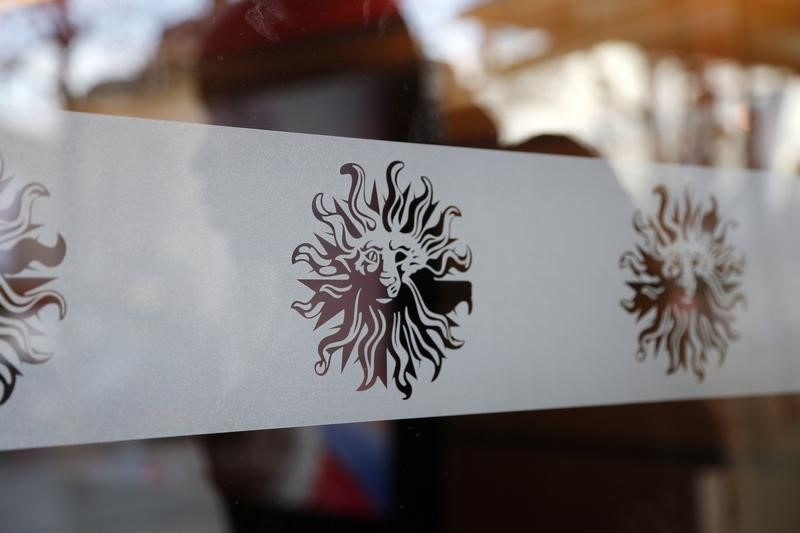 LONDON (Reuters) – The cancellation of major sporting events and the decimation of the luxury, entertainment and travel industries is delivering a hammer blow to a global advertising industry that was already reeling from years of tech-led turmoil.

What should have been a bumper year with the Euro soccer tournament, Tokyo Olympics and U.S. election looks like it could be one of the worst for ad giants WPP (LON:), Omnicom, Publicis and IPG as the economy shuts down.

Advertising executives told Reuters that clients are pulling campaigns, photo shoots for glossy magazines are off and major brands are cutting budgets to conserve cash after the outbreak upended the way consumers go about their daily lives.

“This is a very sudden, immediate and significant hit to people’s revenue and bottom line. A lot of people will go to the wall as a result of it,” Michael Moszynski, chief executive and founder of the LONDON Advertising agency, told Reuters.

“All the media agencies globally are being told by their clients to cancel their spend.”

The sudden withdrawal of a chunk of the $600 billon of pure advertising money that goes via agencies onto media platforms such as Facebook (NASDAQ:) and Google, broadcasters, magazines and billboards will be felt far and wide.

While the industry has faced crises before, including 9/11 and the 2008 crash, the rapid spread of coronavirus through every continent and every sector poses an unprecedented threat.

“You don’t advertise for flights that don’t exist,” Brian Wieser, an executive at WPP’s Group M media buying arm, told Reuters. “If you can avoid it you will stop the spend.”

WPP, the world’s biggest advertising group with more than 130,000 employees, traditionally keeps its staffing levels in line with revenue growth.

It has already been through two years of pain as clients started placing ads directly on major tech platforms and others took some digital advertising inhouse. Its shares have fallen 54% in the last three months, the worst hit of the four groups.

The global fallout can be seen first in China where the virus emerged. Its biggest search engine Baidu (NASDAQ:) predicted sales from advertising could fall by up to 18% in the first quarter.

In the United States the New York Times has forecast a fall in quarterly total advertising revenue in the mid teens due to a slowdown in international and domestic advertising bookings.

And in Europe, broadcasters such as Germany’s RTL and Britain’s ITV (LON:) have been hit by the departure of big advertisers such as cruise companies and airlines.

The postponement of the James Bond movie and the Euro 2020 championship will hit sponsorship, pure advertising and the dated 2020 merchandise that had already been made.

Around the world, outdoor advertising is being particularly hit as consumers stay at home. As luxury fashion sales plunge the companies are still paying for billboards in airports that are largely empty. Some glossy magazines could also fail.

William Eccleshare, the Worldwide head of one of the biggest outdoor groups, Clear Channel Outdoor Holdings, said some advertisers had pulled out of the medium in countries that were shut down while others delayed bookings.

He told Reuters they would negotiate cancellations with both the landlords they rent the space from, and the advertisers who pay to use it. “We show flexibility where appropriate but it’s judged on a case by case basis,” he said.

The pain will also be felt early in the digital market dominated by Alphabet (NASDAQ:) Inc’s Google and Facebook where spending is more easily adjustable.

“So those companies will really see I think, very, very, very crazy negative growth (in their) Q1 results. And that will be a first for them as well.”

David Indo, CEO of ID Comms, has previously worked with Coca-Cola (NYSE:) and Nike (NYSE:). He said the outbreak would force a review of spend and delay media pitches where brands put contracts out to tender, limiting organic growth for ad groups.

Clients are asking how to respond. “There isn’t a part of the industry that isn’t impacted,” he said.

After years of technological turmoil, the industry is also not in the strongest position to respond. Martin Sorrell, the world’s most famous advertising owner who founded WPP, said it needed to retrench, and accept some things would change forever.

“Will people change their habits, will I travel as much? There’s nothing better than shaking hands if you can shake hands but if you can’t?” he said.

However a time will come when it makes sense to relaunch campaigns. Already retailers are sending emails to customers conveying their concerns, offering discounts and pledging to do everything they can to get society back on its feet.

LONDON’S Moszynski, who was given the brief by the U.S. government to restore confidence in flying after 9/11, said now was the time to take stock.

“It is all about confidence and perception, which is our industry,” he said. “We are actively working on something that will help one of our clients by being an industry leader and leading the way out of it.”