Home
Market
Mnuchin Proposes $500 Billiion in Checks Based on Income, Family Size
Prev Article Next Article
This post was originally published on this sitehttps://i-invdn-com.akamaized.net/news/LYNXNPED7O1NB_M.jpg 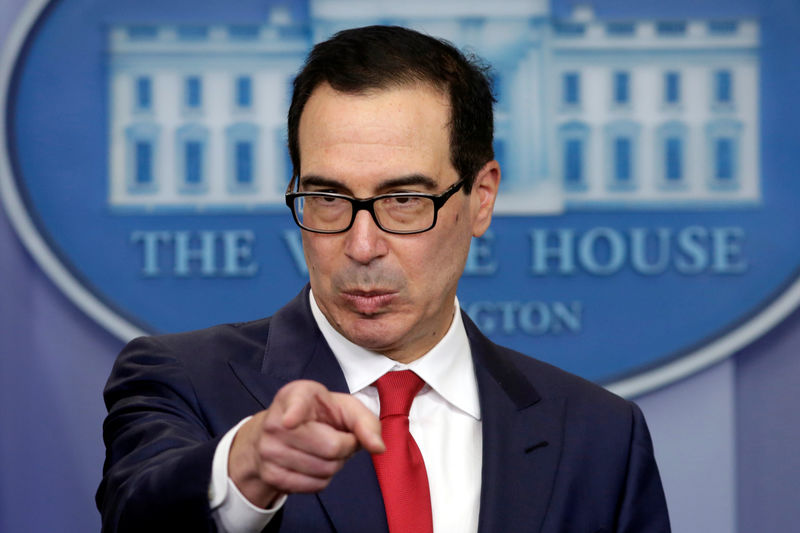 (Bloomberg) — The Trump administration proposed sending Americans two rounds of checks, totaling $500 billion, in an attempt to limit the ecomomic damage caused by the coronavirus.

Government payments would arrive on April 6 and May 18, in equal value, based on the an outline of the White House’s coronavirus stimulus plan obtained by Bloomberg News. The amount of the payment would be linked to income and number of children in a family.

“Payment amounts would be fixed and tiered based on income level and family size,” the Treasury department wrote in the proposal. “Treasury is modeling specific options.”

Mnuchin first outlined the proposal Tuesday in a closed-door meeting with Republican senators. One of them, Josh Hawley of Missouri, has called for payments that would be adjusted based on family size and income. Another, Mitt Romney of Utah, had supported across-the-board $1,000 checks.

Mnuchin has said the government won’t send checks to millionaires. During the meeting, Mnuchin supported means-testing the payments, an official familiar with the matter said. He also suggested Trump supported the approach, telling Hawley that there’s a person in the White House who agreed with him, without saying who, the official said.