Home
Market
‘They Blew It’: Wall Street Reacts to Fed’s Emergency Cut
Prev Article Next Article
This post was originally published on this sitehttps://i-invdn-com.akamaized.net/content/pice121e7f8794ddb6c7d1ee3b70b4477ae.jpg 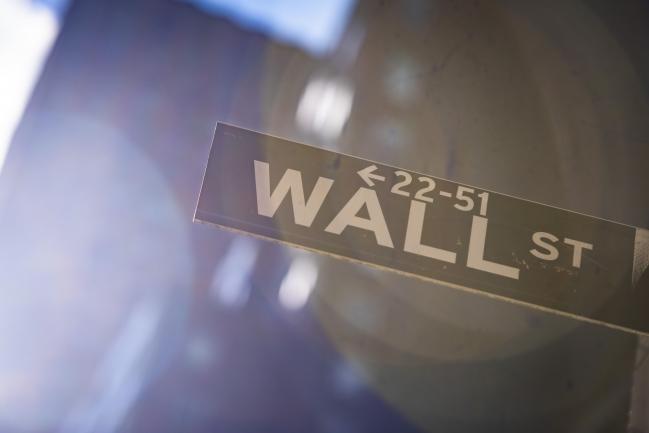 (Bloomberg) — The Federal Reserve’s shock interest-rate cut and bond-buying program rippled through global markets on Monday, with S&P 500 Index futures falling by the most allowed and Treasury yields plunging at the start of what promises to be another volatile week.

Early reaction to the Fed moves on Wall Street was mixed. Some said the measures will help stabilize jittery financial markets, while others warned that the central bank’s emergency actions risked adding to investor panic.

There was one refrain from across the spectrum, however: Policy makers the world over will have to roll out more monetary and fiscal stimulus to counter the economic fallout of the worsening coronavirus pandemic.

Here are some of the latest insights:

“They blew it. The Fed panicked and the market is spooked. The registered all time highs less than a month ago and the Fed has expended all its conventional and unconventional tools. The key takeaway will be that they have truly expended all of their ammunition and this is the action of a central bank that is scared.”

“The fact is global equities are still getting slammed. It shows markets worried more about infection rates and growth and need to see a large fiscal response. Monetary policy will not have the same potency for financial markets — it is not enough on its own and there isn’t much ammunition left. The theme has been clearly on display in markets since the Fed’s first rate cut two weeks back. But this is not the end of monetary policy, not by a long shot. Fiscal policy announcements will now be watched more closely and discounted more quickly by financial markets.”

“Overall, I believe the package is robust, but it also left something to be desired in some areas, like the unclear forward guidance and the reliance on the heavily stigmatized discount window. Nonetheless, Powell was clear that the Fed reserves the right to use other tools if appropriate.”

Peter Mallouk, president of Creative Planning, which manages about $45 billion:

“Broad fiscal spending and rate cuts are blunt instruments for dealing with the short-term economic impact of the virus, but should provide investors with some confidence that growth can be strong once the recovery gets underway. We expect the market to end the year at much higher levels than today, with China’s economy leading the way to recovery and the U.S. and European economies rebounding in the third quarter.”

“They had no choice, but it won’t be enough in the grand scheme of things. We need large fiscal programs, which based on the recent communication from the Treasury secretary it seems clear we will be getting.

“If we get the fiscal stimulus side of the equation, the eventual recovery will likely be more robust than it would be otherwise.”

“The Fed is leading global central banks. The mixture of policy action exceeds market expectations and, importantly, will help corporate credit markets as it unleashes a flood of liquidity. The disquieting message from last week’s market moves in the credit and Treasury markets was the contraction of liquidity and this action should help calm that dislocation. Expect the Treasury yield curve to steepen on this action.”

Pulling All the Stops

“A global recession in response to a combination of a supply disruptions and a sudden stop of demand for (mostly) services appears to be a foregone conclusion.

“The Fed’s actions will help to restore an orderly functioning of the very core of the U.S. financial markets: the Treasury market and the U.S. mortgage market.

“All said, policy makers including the Fed are in the process of pulling all the stops to mitigate the severe economic and financial disruptions caused by the most severe global health crisis in more than a century. More will be needed and will likely be forthcoming over the next few weeks and months.”

“The coordinated action between the Fed/BoE/BoJ/ECB/SNB/Bank of Canada to lower the price on the central bank swap lines should help ease overseas funding stress by both reducing the cost of dollars for foreign banks, but also by adding the 84-day maturity option — in addition to the 1-week currently. This should help reduce the probability of global funding squeeze — whether it will be enough will be determined in the coming days.”

“Equity market futures continued to tumble following the announcement as he spoke. This troubling reaction likely reflects some combination of buy the rumor/sell the news from Friday, concern that the Fed has fired its bazooka and fiscal needs to step up too if this is to work, and missing elements on the liquidity/credit front.

“The Fed cannot do a lot about the first two but it can and should address the third. In our view the absence of TAF cash auctions and emergency 13(3) lending programs to shore up the credit markets starting with a CPFF backstop for commercial paper leaves the powerful package incomplete.”

“In normal circumstances, a large policy response like this would put a floor under risk assets and support a recovery. However, the size of the growth shock is becoming exponential and markets are rightfully questioning what else monetary policy can do and discounting its effectiveness in mitigating coronavirus-induced downside risks.”