Home
Stocks
The Tell: Where does the stock market go from here after the worst drop since 1987? Here’s what the analyst who called the 2018 rout says
Prev Article Next Article
This post was originally published on this site

Michael Wilson, Morgan Stanley’s chief U.S. equity strategist, said that it may be time to jump back into stocks after the stock market plunged into a bear market with the sharpest one-day slump since the 1987 crash.

“We are now trading slightly below our downside case on the S&P 500 and believe it is time to start adding to equity risk for longer term investors,” analysts led by Wilson wrote in a Thursday note.

‘We are now trading slightly below our downside case on the S&P 500 and believe it is time to start adding to equity risk for longer term investors.’

The strategists said that based on their analysis, the recent drop for the S&P 500 SPX, +3.99% from its Feb. 19 peak is overdone and represents an outlier that could point to an opportunity for investors (see attached table): 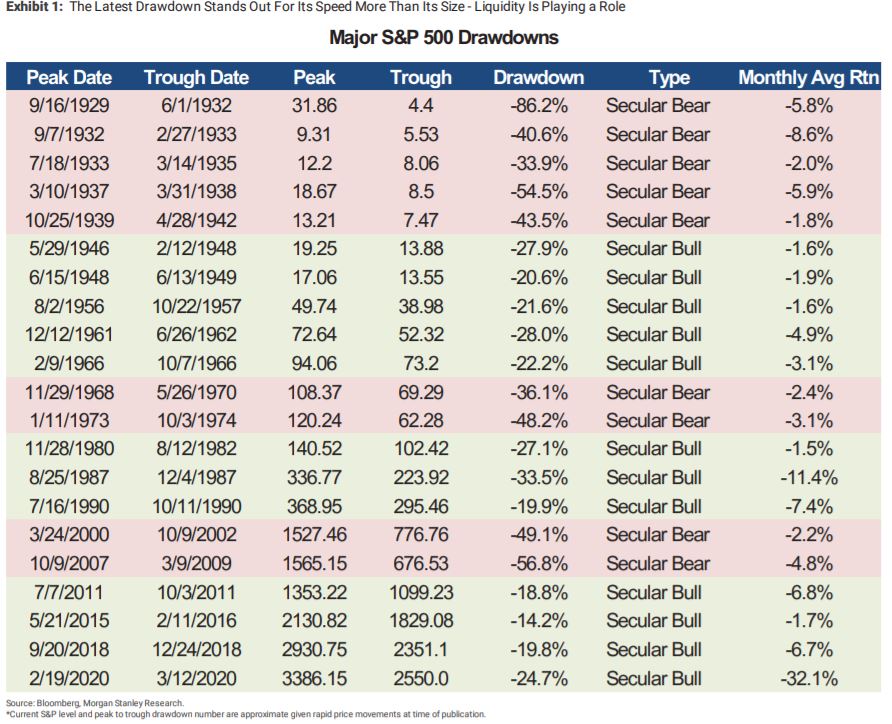 On Thursday, the S&P 500 and the Dow Jones Industrial Average DJIA, +4.25% registered the their biggest one-day percentage drops since the Oct. 19, 1987 crash — and the S&P 500 and the Nasdaq Composite COMP, +3.74%  joined the Dow in bear-market territory, commonly defined as a drop of at least 20% from a recent peak.

The slump for the major equity indexes comes as fears of the coronavirus and other jitters, including crude-oil’s CL00, +2.67% precipitous fall this week and uncertainties around the 2020 presidential election in the U.S., brought a record-setting 11-year bull run for stocks to a screeching halt.

Wilson and company said a recession is a greater likelihood because the outbreak of COVID-19, the infectious disease that originated in Wuhan, China late last year and has spread to more than 100 countries across the globe, has all but shut down major industries including airlines and cruises and is threatening to deliver shocks to other areas of the domestic economy.

Wilson had previously said a recession could produce the type of washout that would allow for a renewed rally.

“I’m rooting for a recession in some ways because that’s what would get the flush in terms of expectations that still has to happen,” he explained back in October.

In the Thursday note, Wilson said “price action and our conversations with investors suggest the market is clearly moving toward a base case of a U.S. recession but liquidity and positioning dynamics have played a major role in accelerating the move lower in our view.”

“The end of this cyclical bull market which we think began in 2018 was accentuated by liquidity induced froth on the back of the Fed balance sheet expansion last year,” the Morgan Stanley analysts wrote.

In July of 2018, Wilson accurately predicted that the market would see its largest correction in months, with the rally showing signs of “exhaustion.” He wrote then: “The bottom line for us is that we think the selling has just begun and this correction will be biggest since the one we experienced in February.”

Wilson says that he expects any recession to be short-lived and sees a base case scenario for the S&P 500 to hit a year-end target at 2,750.

The Morgan Stanley analyst and his team said they have recommended defensive positioning for the past 18 months, but hadn’t expected that a recession would occur as rapidly as it likely will play out now due to the recent shocks catalyzed by the viral outbreak.

The investment banks says that the sectors that tend to perform the best after a recession are health care and consumer staple stocks. Check out the table below that offers greater detail: 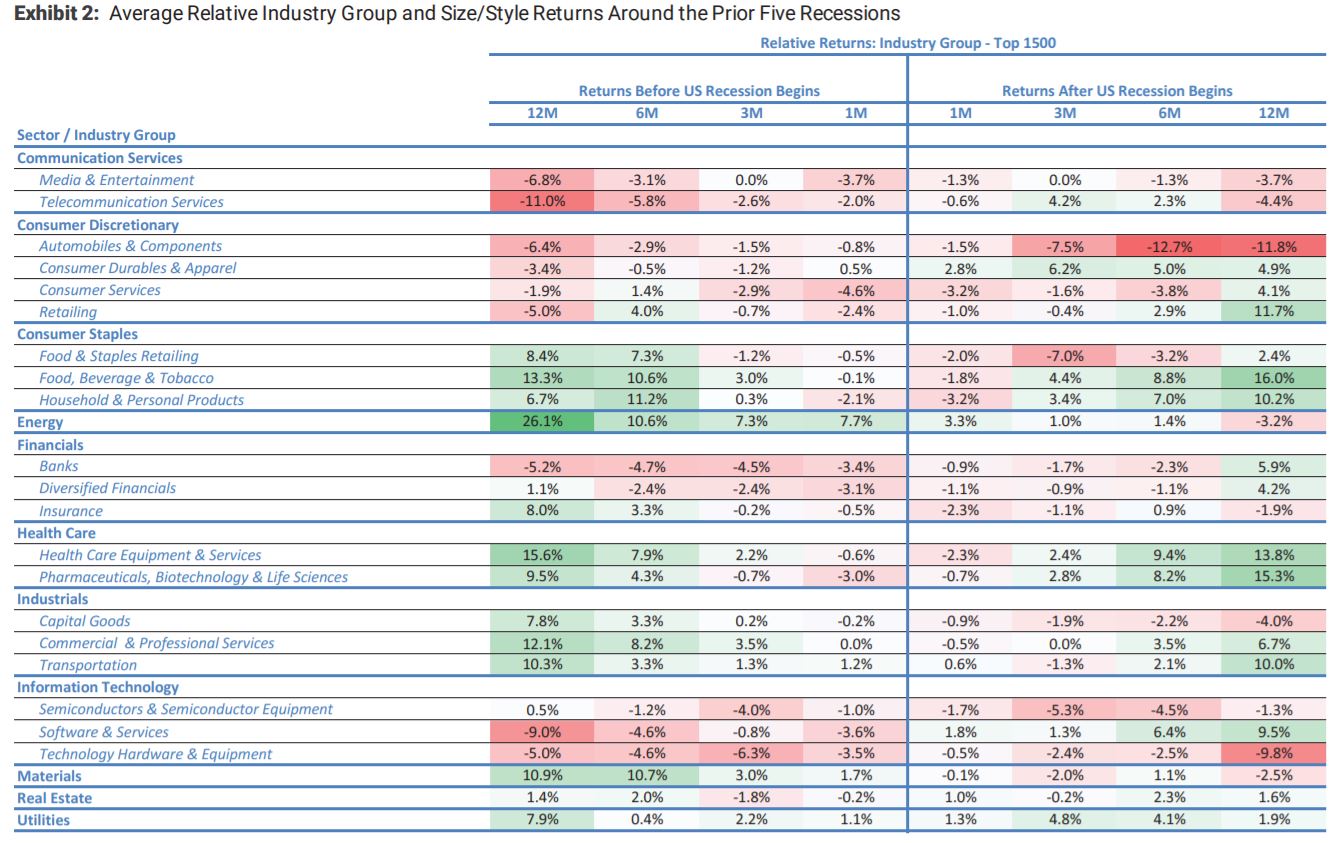