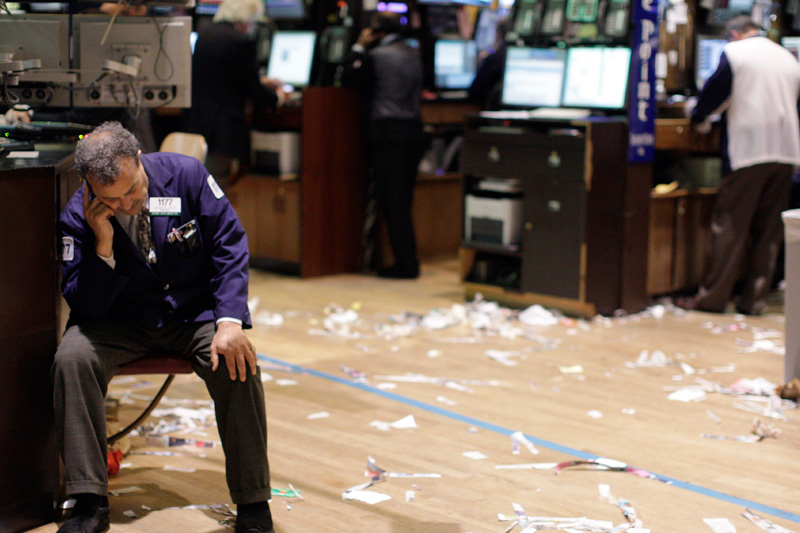 (Bloomberg) — Asian stocks pared some their losses following the worst Wall Street session since 1987, as U.S. futures attempted to rally. Still, most benchmarks remained deeply in the red, with investors spooked that emergency fiscal and monetary packages won’t be enough to stave off a recession.

S&P 500 contracts reversed losses of as much as 3% to trade little changed, while futures in the U.K. ticked higher. Losses in Japan and South Korea eased. Global equities are still heading for their worst week since 2008 as investors price in a severely weaker outlook due to the impact of the coronavirus pandemic. The U.S. benchmark lost 9.5% on Thursday. The won and rupiah sank while India’s rupee fell to a record low versus the dollar. Bonds in Australia and Japan declined, as investors rushed to raise cash. Treasury yields fluctuated.

“Markets remain in a free-fall as uncertainty persists with no reliable anchor which can create near-term stability,” said Ben Emons, managing director of global macro strategy at Medley Global Advisors in New York.

Investors are doubting the efficacy of policy responses as coronavirus cases continue to grow across the world and restrictions on people and businesses crush sentiment. The Bank of Japan on Friday followed an earlier move from the Federal Reserve to inject liquidity, and later offered to buy $1.9 billion of bonds in an unscheduled operation. The Bank of Korea said it is closely monitoring bond markets and will take action if it deems it needed and Indonesia announced a second fiscal stimulus package of $1.55 billion, while the European Central Bank eased capital constraints and boosted liquidity on Thursday.

These are some of the most notable moves:

Meantime, New York City has now declared a state of emergency, France and Portugal said they will close all schools and a leading U.S. infectious disease official said the testing system in that country is failing. Walt Disney (NYSE:) Co. is shutting its Disneyland resort in California from Saturday, following previous closures in Asia.