Home
Stocks
The Tell: Goldman says coronavirus will end bull market for stocks, sees S&P 500 falling another 15%
Prev Article Next Article
This post was originally published on this site

The longest bull market in U.S. history will soon run out of road as the global COVID-19 outbreak weighs on corporate earnings, which are likely to “collapse” in the second and third quarters before rebounding, the top equity strategist at Goldman Sachs warned in a Wednesday note.

Also see: Goldman Sachs analyzed bear markets back to 1835, here’s the bad news — and the good — about the current slump

Both the real economy and the financial economy are showing “acute signs of stress,” he said.

“The proximate causes include the global spread of the novel coronavirus and the 43% collapse in crude oil prices,” he said, noting the plunge in crude oil prices earlier this week as a price war between Saudi Arabia and Russia threatened to flood the world with crude.

Read: Dow, S&P 500 would enter bear market with a close below these levels 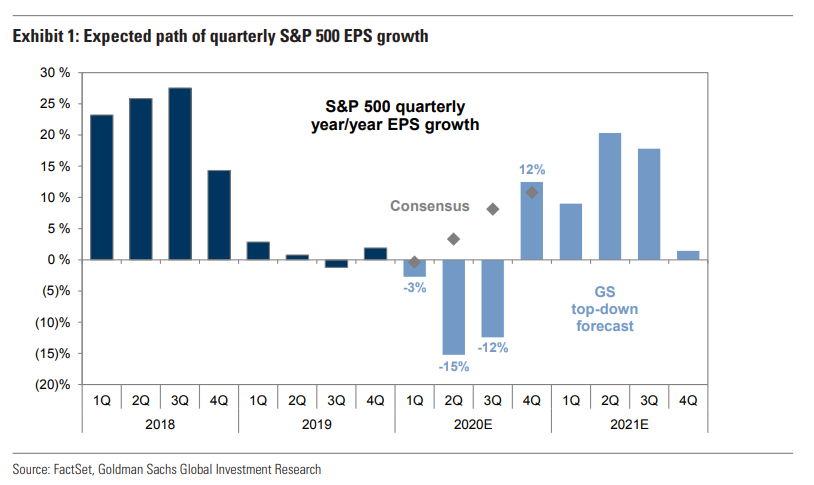 While investors have cut their investment positions in recent weeks, they haven’t reduced them to levels seen at the trough of other major corrections in the current cycle, Kostin said. A heavy round of liquidation would also threaten the growth stocks that have outperformed over the course of the bull market, he said.

Kostin noted that stocks with stable earnings growth and strong balance sheets have recently outperformed but trade at a premium. Goldman maintained its overweight recommendation on the real estate and information technology sectors and underweight recommendations on the energy, financials, health care and consumer sectors.

“By year-end, economic and earnings growth will be accelerating, the fed funds rate will be at the zero lower bound, and the impact of any fiscal stimulus will be flowing through to consumers. Under this scenario, equities will appear attractive relative to bonds and cash,” he said.