Home
Market
StockBeat: Russian Stocks May Not Be as Weak as They Look
Prev Article Next Article
This post was originally published on this sitehttps://i-invdn-com.akamaized.net/news/LYNXNPEB6U0HL_M.jpg 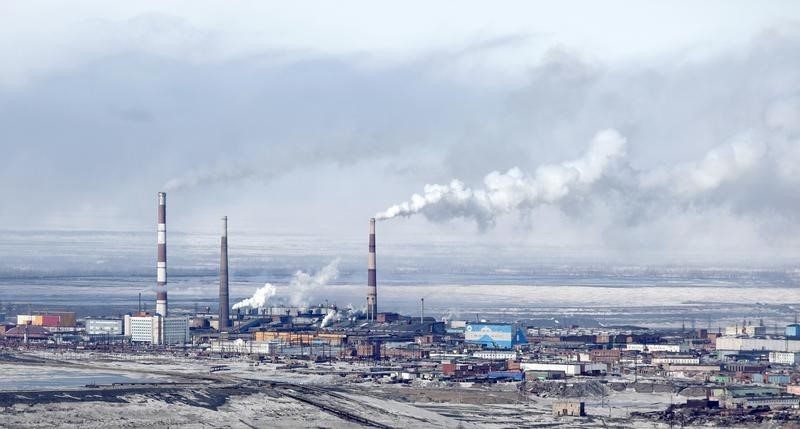 Investing.com — The old adage says that Russia is never as strong as she looks or as weak as she looks. It was meant originally as a warning to foreign politicians, but it applies equally to investors.

The Russian RTS index – always heavily influenced by movements in the price of the country’s biggest export, – fell 15% at opening on Tuesday. It would have done so already on Monday, had it not been for a public holiday.  It later pared losses to be down ‘only’ 11.9%

It’s a reflex move: most of the heaviest-weighted names in the index are in the oil and gas sector and those that aren’t are still highly, if indirectly, exposed to the business. It’s no surprise to see the three worst performers are all oil producers –  Rosneft (MCX:),  Lukoil  (LON:) and Tatneft (OTC:), all down by between 13.5% and 16%: lower crude prices mean lower cash flows – albeit the impact is not as great as you might expect, since the government also takes less in tax when prices are low. Moreover, state ownership, usually a drag on valuations, acts as a support at such times, reducing the risk of extreme credit events (Lukoil is privately-owned but has a long tradition of cooperating loyally with the state).

A greater concern is possibly Gazprom (MCX:). The world’s largest gas producer depends on exports to Europe and, as of last year, China for its profits, but European demand has fallen due to the second-warmest winter on record, and Chinese demand for gas has collapsed in the first couple of months of the year due to the coronavirus.

Gazprom hasn’t disclosed the pricing formula for the gas it sells through a new pipeline to north-east China, but it seems a reasonable assumption that if the country is turning away LNG cargoes, it’s also using whatever flexibility is in that contract to depress the price it’s paying the Russian giant. That will leave Gazprom little left over to service the debts it racked up while building it. Gazprom stock hit a 10-month low on Tuesday, but it had already been falling since October.

More worrying still for investors is the sight of domestic-focused stocks all slumping, pulled down by the sharp drop in the currency. The hit its lowest since March 2016 on Tuesday, falling as far as 72.79 to the dollar. The three big supermarket chains Magnit  (LON:), Lenta  (LON:) and X5 Retail (LON:) are all down by between 8.4% and 11.5%.

The last time the ruble fell this sharply was at the end of 2015 – coincidentally the last time that Saudi Arabia started an oil price war. Such bouts of weakness tend to last only until the big oil exporters return to the principle of managing crude prices. However, they often come with the side-effect of bad loans and a tightening of credit availability. The next few weeks will show how much the central bank’s clean-up of the banking system has improved the economy’s resilience.

In the meantime, the Russian market still offers pockets of strength: Norilsk Nickel  (LON:), one of the world’s biggest producers of platinum group metals, will continue to enjoy sky-high prices for palladium and solid prices for nickel and platinum; gold and silver miners Polyus (LON:) and Polymetal (LON:) can look forward to record-high prices for their output, and steelmakers such as Novolipetsk (LON:) and Severstal (LON:) may have the chance to exploit any short-term supply disruptions at Chinese competitors.

As always with Russia, the ride is likely to be bumpy – and never boring.