Home
Stocks
In One Chart: Here’s where city slickers can squeeze the most out of $1 million in retirement
Prev Article Next Article
This post was originally published on this site

If you plan on living out your golden years in the City by the Bay, you’d better bring a lot more than a million dollars, or you won’t last very long.

According to GoBankingRates.com, that seven-figure sum will be drained within 8 years, 3 months and 19 days in San Francisco, assuming annual costs of $136,965.98. That’s shorter than all the other 49 major cities in the study. 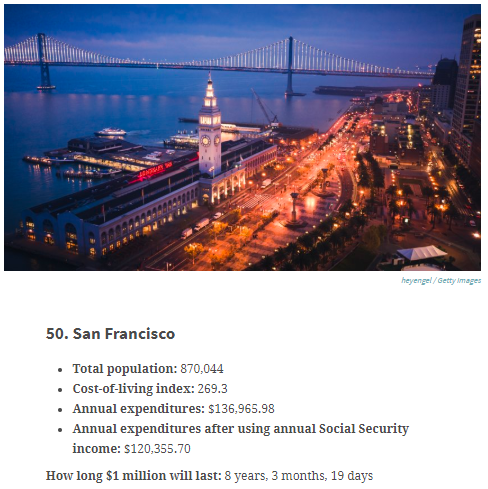 To determine how deep $1 million will get you into retirement, GoBankingRates.com used expense numbers for people 65 and older from the Bureau of Labor Statistics and Sperling’s Best Places. As a general rule, savings needs to be somewhere from 14 to 17 years, considering the average retirement age is between 62 and 65 and life expectancy in the United States is 79 years.

“When you factor in the average monthly Social Security benefit of $1,381.79 and consider the average cost of living in the United States, $1 million could actually last as long as 29 years, 1 month and 24 days,” GoBankingRates.com “life and money” columnist Cameron Huddleston wrote.

That’s not accounting for cost of living, however. In places like San Francisco, San Jose and New York, you’ll probably be moving out before you know it.

On the flip side, if stretching out your nest egg is a priority, there’s no major city better than Memphis, Tennessee, where your retirement needs can be met for 45 years on that $1 million. El Paso, Texas and Wichita, Kansas, aren’t far behind at about 40 years. 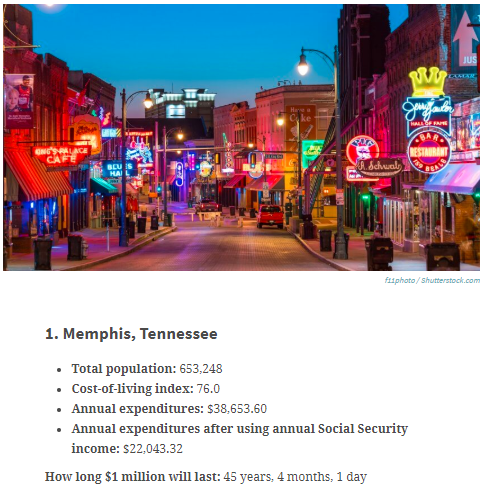 Here’s an overview of the findings: 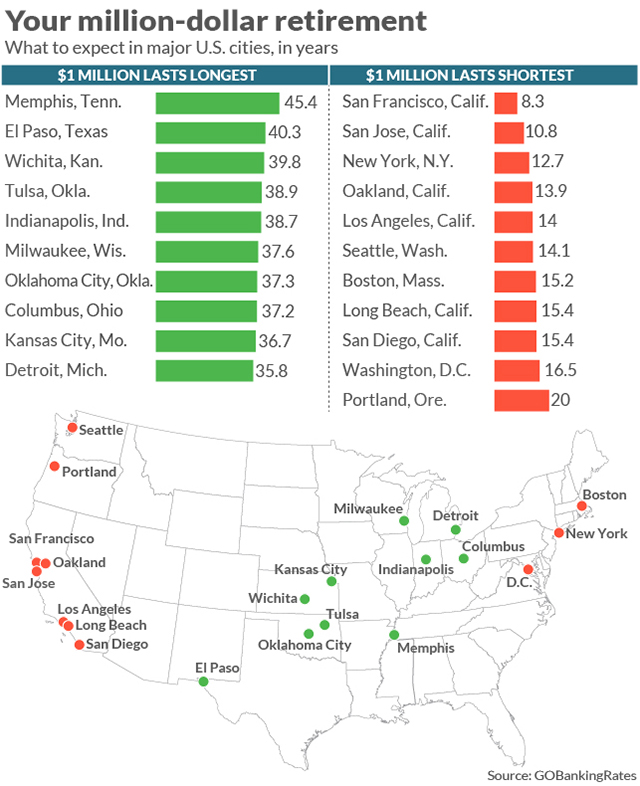