Home
Stocks
The Fed: ‘They just fired off their bazooka, and if it does no good, then what?” Fed skeptics ask
Prev Article Next Article
This post was originally published on this site 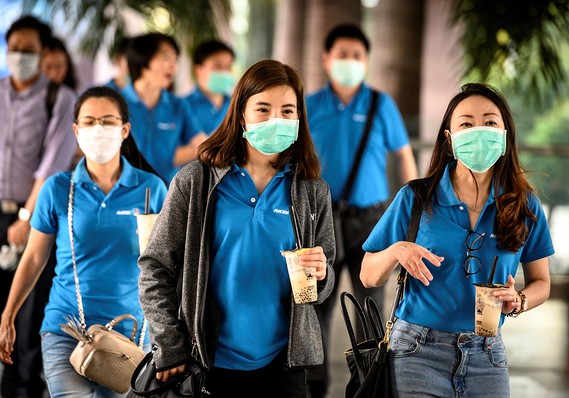 The Federal Reserve cut interest rates to shore up the U.S. economy from the coronavirus, but Wall Street was not impressed.

“Premature.” A “knee-jerk” reaction. “Terribly ill-considered.” Those are some of the complaints of Wall Street skeptics who think the Federal Reserve erred with its surprise cut in interest rates.

The Fed cuts its key U.S. interest rate by 1/2-percentage point because of the “evolving risks” to the economy from the COVID-19 epidemic. Many forecasters thought the central bank would hold off until its policy meeting due later this month to see if the viral outbreak was contained.

“The first was a knee-jerk reaction, ‘Oh, the Fed is coming to the rescue,” said Joel Naroff of Naroff Economic Advisors. “The second reaction was, ‘Oh-oh, maybe the problem is worse than we think.”

Naroff and other skeptics say there is little interest rate cuts can do — especially rates are already extremely low — if global supply chains are jammed, people stay at home so they don’t contract the virus, and companies lay off workers.

“This is one of those exogenous shocks that is very difficult for the Fed to respond to because it’s not economic,” said Bernard Baumohl, chief economist of the Global Outlook Group, in an interview with MarketWatch.

He likened the reduction in rates to a person putting a bandage on his arm to cure a headache.

One of the chief worries of the skeptics is that the Fed has already used up most of its ammunition at the early stages of the viral outbreak. What if the situation gets worse and the U.S. and world economies suffer an even bigger hit?

“They just fired off their bazooka, and if it does no good, then what?” asked Stephen Stanley, chief economist at Amherst Pierpont Securities.

Fed Chairman Jerome Powell said he knows there’s a limit to what the central bank can accomplish.

“We do recognize a rate cut will not reduce the rate of infection. It won’t fix a broken supply chain. We get that,” Powell told reporters in a press conference. “We don’t think we have all the answers. But we do believe that our action will provide a meaningful boost to the economy.”

“Consumers are not going to buy a car or a house if they are afraid a recession is coming. Businesses are not going to invest,” said Naroff, who worries the Fed may have gotten itself into a habit of cutting rates in response to large declines in the stock market. The Dow lost more 3,500 points last week to mark the biggest drop since a global financial panic in 2008.

So what should be done?

Economists say the government could play a bigger role with fiscal policy — temporary tax breaks, short-term loans, more spending on public works, and reimbursement for infected workers who stay at home, but even those measures are unlikely to help a great deal.

The only way to truly inoculate the economy, they say, is to contain the new coronavirus or develop a vaccine or other effective treatments.

“Right now the only thing that can really be done is to make sure testing and eradicating the disease gets all the funding they need,” Baumohl said.