Home
Market
Lufthansa extends China, Tehran flight suspensions due to coronavirus
Prev Article Next Article
This post was originally published on this sitehttps://i-invdn-com.akamaized.net/news/LYNXNPEB6R0AQ_M.jpg 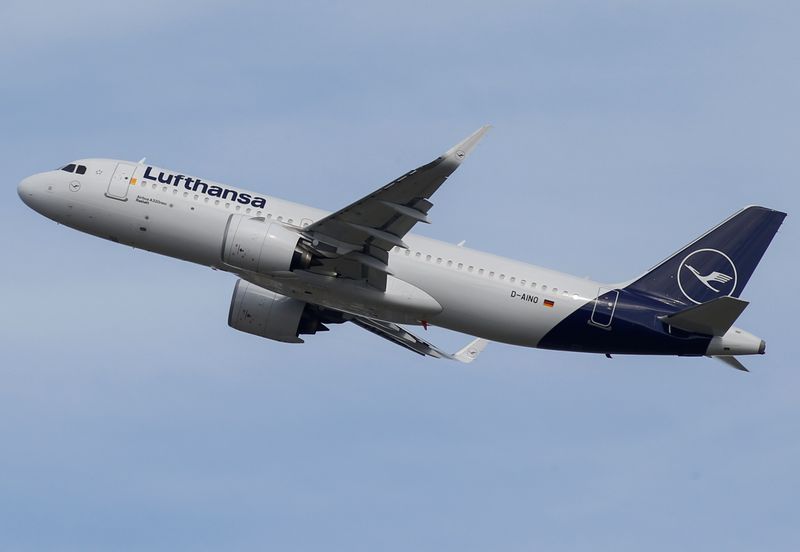 © Reuters. FILE PHOTO: A Lufthansa Airbus A320 takes off at the aircraft builder’s headquarters in Colomiers near Toulouse

BERLIN (Reuters) – German airline group Lufthansa (DE:) said on Monday that it was extending the suspension of flights to China until April 24, to Tehran until April 30 and reducing services to northern Italy due to the coronavirus outbreak.

The epidemic, which began in China and has killed almost 3,000 people worldwide, is disrupting flight demand and many airlines have suspended or adjusted services in response.

“After a thorough assessment of all currently available information on the coronavirus, Lufthansa Group has decided to continue to extend the suspension of flights between Germany, Switzerland, Austria and mainland China by Lufthansa, SWISS and Austrian Airlines until 24 April,” Lufthansa said.

Lufthansa Group airlines, which include Swiss and Austrian airlines, had already said on Friday that it would reduce the number of short- and medium-haul flights by up to 25% in the coming weeks depending on how coronavirus spreads.

On Monday Lufthansa gave details of its scheduling changes, including adjusting services to northern Italy, which has become a flashpoint in the coronavirus outbreak.

It said Austrian Airlines was slashing its flights to Italy in March and April by 40% while Lufthansa subsidiary Brussels Airlines is cutting flights to Rome, Milan, Venice and Bologna by 30% until March 14.

Swiss Airlines will probably also cut some services to parts of Italy until the end of April while Eurowings is reducing capacity to some Italian destinations until March 8.

Lufthansa said it was too early to assess the impact on its earnings, which are due to be published on March 19.

The airline has already said it would look into economic temporary measures such as a company-wide hiring freeze.