Home
Stocks
Coronavirus update: 86,584 cases and 2,975 deaths, including first in U.S.
Prev Article Next Article
This post was originally published on this site 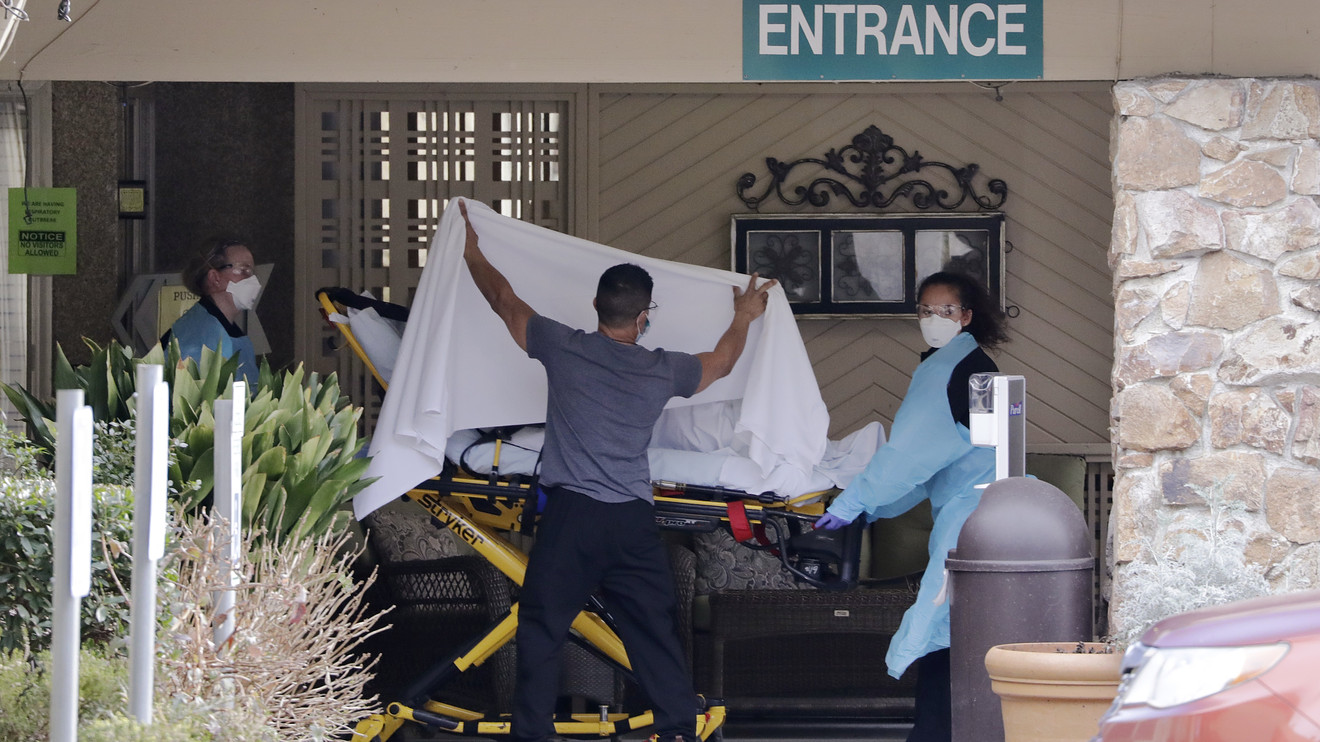 A person has died in Washington state of COVID-19, marking the first such reported death in the United States and prompting officials there to declare a state of emergency.

Already, health officials in California, Oregon and Washington were worried about the novel coronavirus spreading through West Coast communities after confirming at least three patients were infected by unknown means.

Washington state officials confirmed the death there. A spokesperson for EvergreenHealth Medical Center, Kayse Dahl, said the person died in the facility in the Seattle suburb of Kirkland, but gave no other details.

President Donald Trump described the person as being a woman in her late 50s and having a high medical risk. He said during a Saturday press conference that healthy Americans should be able to recover if they contract the new virus.

Washington Gov. Jay Inslee said in a statement the person who died was a man from Washington state, but then issued another one removing the gender and describing the individual as “a Washingtonian.”

There are now a total of 86,584 cases of COVID-19 and at least 2,975 deaths globally, according to the latest figures from the Johns Hopkins Whiting School of Engineering’s Centers for Systems Science and Engineering. About 42,000 people have recovered.

The U.S. has 70 confirmed cases, according to the Johns Hopkins CSSE site. A 60-year-old U.S. citizen died in China in early February.

Read: Trump administration has dragged its feet on safety regulations that would protect health-care workers against coronavirus

The novel coronavirus was first detected in December in Wuhan, China. Over the last month, large parts of China have been shut down. Factories are closed or operating with restricted hours, which impacted Chinese economic data, pushing a key index issued this weekend to a record low.

Vice President Mike Pence joined with Trump Saturday to announce that the U.S. was banning travel to Iran and urging Americans not to travel to regions of Italy and South Korea where the virus has been prevalent. There are now 593 cases and 43 deaths in Iran and 3,150 cases and 16 deaths in South Korea. Italy has 1,128 confirmed cases and 29 deaths.

In addition, over the past two days, several countries have reported their first cases of COVID-19, including Brazil, Georgia, New Zealand and Norway.

The World Health Organization (WHO) on Friday said that it had raised its risk assessment relating to COVID-19 for the rest of the world to very high from high. China had previously been designated with a very high-risk assessment. “What we see at the moment are linked epidemics of COVID-19 in several countries, but most cases can still be traced to known contacts or clusters of cases,” Dr. Tedros Adhanom Ghebreyesus, WHO’s director-general, said during a news conference on Friday. “We do not see evidence as yet that the virus is spreading freely in communities.” If that were to be the case, the outbreak would be defined as a pandemic, a definition that WHO has not made.

Hundreds of U.S. nationals were repatriated from mainland China on State Department-chartered flights, starting Jan. 29, and then placed in 14-day quarantines on air bases in California. A new whistleblower complaint alleges that federal employees sent to air bases in California didn’t follow safety protocols while interacting with those individuals, people familiar with the allegations told The Wall Street Journal. Those workers reportedly weren’t tested for COVID-19 before departing March Air Reserve Base in Riverside County and Travis Air Force Base in Fairfield, Calif., and then were sent home on commercial flights.

The allegations round out a roller-coaster week that started with a Centers for Disease Control and Prevention (CDC) official telling Americans to prepare for a pandemic in a series of comments that further troubled stock markets, which have shed $4.3 trillion in value in just the past seven sessions.

On Friday, White House acting Chief of Staff Mick Mulvaney said Americans will “probably” see some schools shut down and “impacts on public transportation.” “But we do this we know how to handle this,” he said at an American Conservative Union event.

Elsewhere in Washington, lawmakers are debating how many billions of dollars in spending that they will set aside for the outbreak. The Food and Drug Administration said Thursday that an unnamed drugmaker has reported a shortage of a medication that uses an active pharmaceutical ingredient made at a site in China affected by the outbreak.

Meanwhile, the rising number of COVID-19 cases and deaths outside of China has led to cancellations of major events, including a two-week shutdown of Tokyo Disney, all gatherings in Switzerland of more than 1,000 people, and caused Facebook FB, +1.43%, Microsoft MSFT, +2.42%, and Workday WDAY, +1.20%  to withdraw from or cancel events.

Even Eventbrite Inc. EB, -14.16%, the online events and ticketing company, told investors last week that it is seeing “early evidence” of coronavirus-related event cancellations. “We expect that the outbreak will impact live events and attendance in the near term,” CFO Charles Baker said on an earnings call.

Here’s how companies are being impacted by the COVID-19 outbreak:

• Emerson Electric Co. EMR, -0.42% expects the outbreak to shave $100 million to $150 million off its second-quarter sales, wider than its previous estimate of a hit of $75 million to $100 million. In a regulatory filing, the St. Louis, Mo.-based company said it expects half of the lost revenue to be recovered in the fiscal year. “However, the longer the coronavirus endures, the lower the likelihood of sales recovery this year,” said the filing.

• Deutsche Bank downgraded Royal Caribbean Cruises Ltd. RCL, +4.43% and Norwegian Cruise Line Holdings NCLH, +7.25%  to hold from buy and slashed the price target on Carnival Corp. CCL, +5.05%  over uncertainty caused by the outbreak. So far this week through Thursday, shares of Royal Caribbean fell 27.4%, Norwegian dropped 26.0% and Carnival shed 23.6%, all to multiyear lows, amid growing concerns over the potential negative impact of the coronavirus outbreak.

Here’s why the U.S. government’s effort to contain the coronavirus outbreak ‘was never going to be successful’

Markets ‘powered through’ SARS, but the coronavirus outbreak is different, Cowen says — and here’s why

Coronavirus could make your almond milk cheaper in the U.S.