Home
Stocks
The Tell: Stock-market bounce will give way to ‘drop’ and retest of low, says Wall Street analyst
Prev Article Next Article

Did somebody say “dead-cat bounce”?

But Canaccord Genuity market analyst Tony Dwyer, in a Wednesday note, warned against getting too excited the stock-market bid to rebound from the rout, arguing that an attempted recovery would likely follow the same pattern as was seen in the immediate wake of the S&P 500’s 6.1% drop in February 2018 and a 7% pullback in August 2015.

“Following both of those prior occurrences, the market showed a spirited rebound in coming days/weeks … but ultimately retested the initial lows,” he wrote. (The chart below illustrates the market action in August 2015, when turmoil in Chinese equity markets and worries about the outlook for the country’s economy sparked a global equity selloff.) 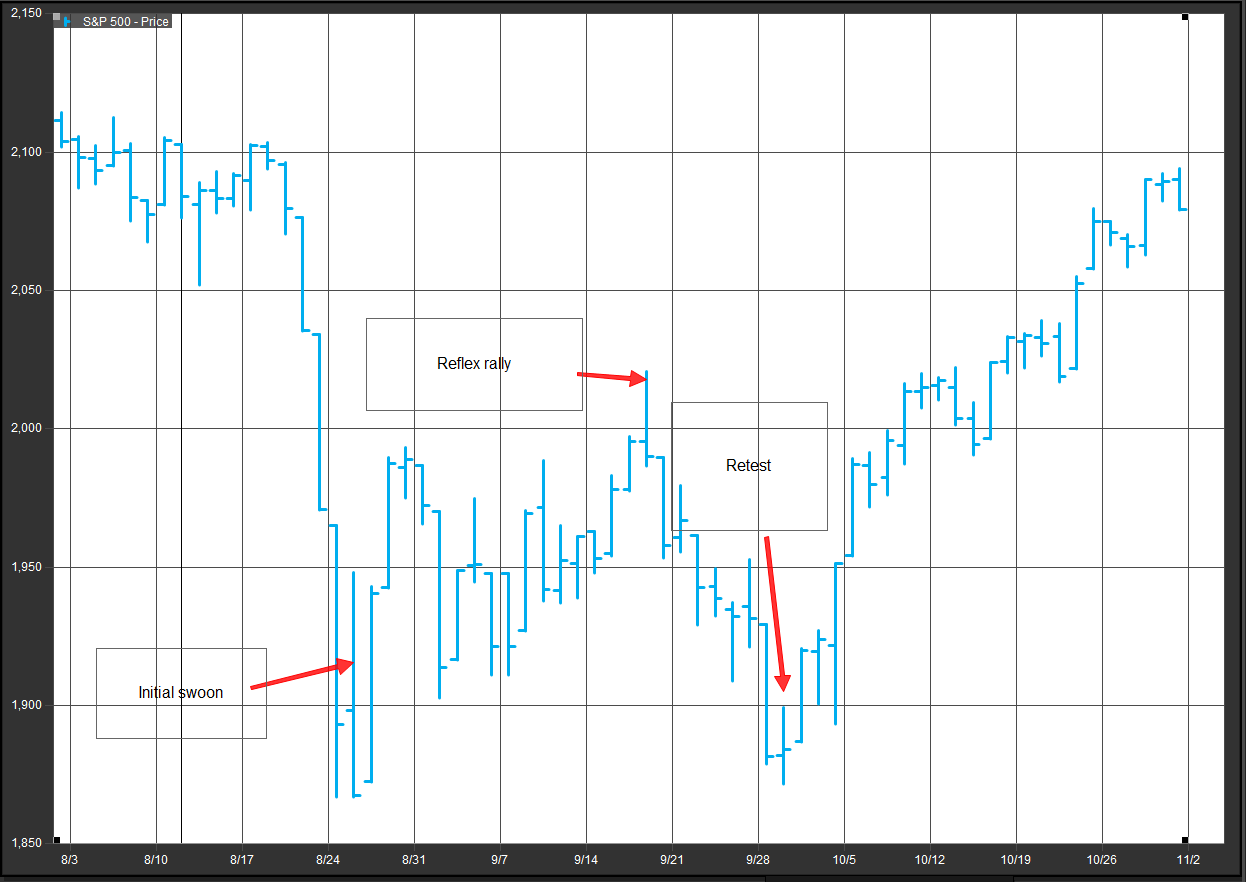 Dwyer said there were three signs as of Tuesday’s close that a “near-term washout” pointing to the potential for an “oversold reflex rally”:

“We have seen this before — maybe not the COVID-19 virus — but an event that puts global growth into question and creates an extreme selloff,” he said. “The recent history of such dramatic market swoons reinforces our view the market is likely to see a sharp oversold rally that could be relatively significant but ultimately temporary.”

Dwyer said that although the pullback had taken the S&P 500 back into Canaccord’s expected correction range of 5% to 10%, he was “waiting to put offense sustainably back on the field” until there was a “positive thrust higher in price and volume” or the firm’s two intermediate-term indicators reached levels that signaled the next leg higher.

“An oversold bounce followed by a test of the low should do the trick in setting the stage for the next significant and sustainable leg higher,” he said.