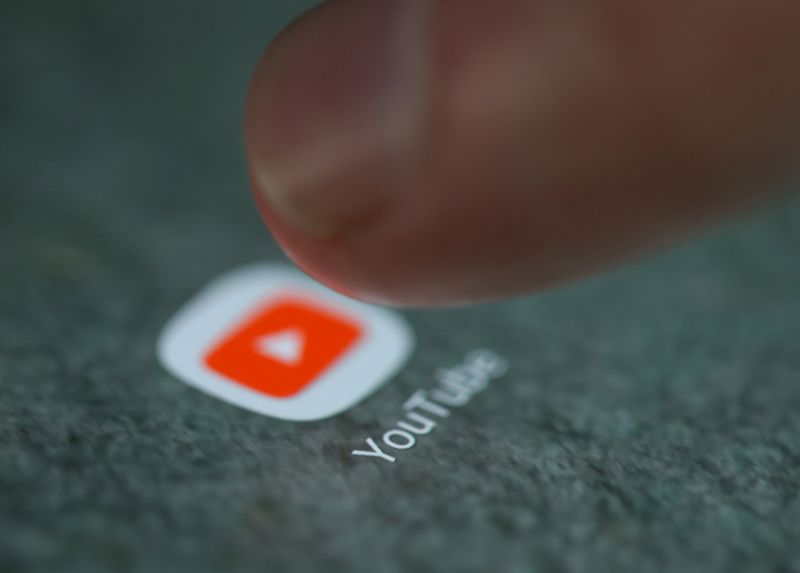 © Reuters. The YouTube app logo is seen on a smartphone in this illustration 2/2

In a 3-0 decision that could apply to platforms such as Facebook (O:), the 9th U.S. Circuit Court of Appeals in Seattle found that YouTube was not a public forum subject to First Amendment scrutiny by judges.

It upheld the dismissal of a lawsuit against Google and YouTube by Prager University, a conservative nonprofit run by radio talk show host Dennis Prager.

PragerU claimed that YouTube’s opposition to its political views led it to tag dozens of videos on such topics as abortion, gun rights, Islam and terrorism for its “Restricted Mode” setting, and block third parties from advertising on the videos.

Writing for the appeals court, however, Circuit Judge Margaret McKeown said YouTube was a private forum despite its “ubiquity” and public accessibility, and hosting videos did not make it a “state actor” for purposes of the First Amendment.

McKeown also dismissed PragerU’s false advertising claim, saying YouTube’s “braggadocio” about its commitment to free speech –such as “everyone deserves to have a voice, and () world is a better place when we listen, share and build community through our stories” — were merely opinions.

Peter Obstler, a lawyer for PragerU, in an interview called the decision “very limited,” and decided only “based on the facts alleged in this case.”

He said the decision did not address possible state law claims in California, where PragerU is suing Google and YouTube in a related case.

Farshad Shadloo, a Google spokesman, said the company’s products “are not politically biased,” and the decision “vindicates important legal principles that allow us to provide different choices and settings to users.”

Donald Verrilli, a U.S. solicitor general under President Barack Obama, in a legal brief said courts have consistently found private companies such as Google, YouTube and Facebook did not qualify as state actors for First Amendment purposes.

He said a contrary view would “change the Internet” by threatening to make websites “chock-full of sexually explicit content, violent imagery, hate speech, and expression aimed at demeaning, disturbing, and distressing others.”

Verrilli wrote on behalf of the Computer & Communications Industry Association, in support of Google and YouTube.