Home
Market
Hyundai Motor chairman to give up board seat as succession looms
Prev Article Next Article
This post was originally published on this sitehttps://i-invdn-com.akamaized.net/trkd-images/LYNXMPEG1I0L9_L.jpg 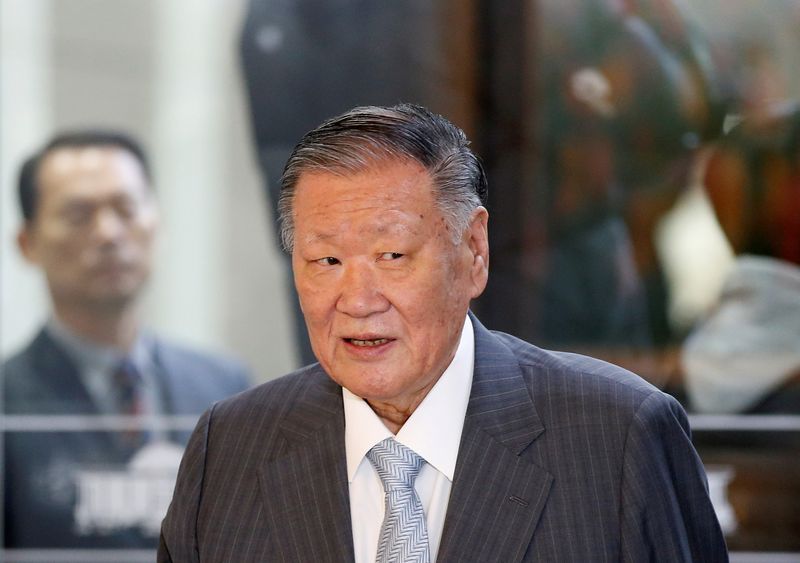 SEOUL (Reuters) – Hyundai Motor Group (KS:) Chairman Mong-Koo Chung plans to give up his board seat, in the latest sign that the octogenarian patriarch of South Korea’s second-largest conglomerate is preparing to hand the reins over to his son.

The company said on Wednesday it would propose Chief Financial Officer Kim Sang Hyun as a replacement for Chung on the board. Shareholders will vote on the proposal during a meeting on March 19.

Chung, the son of Hyundai’s founder, has been stepping back from frontline operations in recent years.

Meanwhile, his son and heir-apparent, Euisun Chung, has become increasingly visible since being promoted to executive vice chairman in 2018.

Mong-Koo Chung is the only one of five executive directors whose term expires this year, Hyundai’s website showed.

He will remain as chairman and as an executive who does not hold a board seat, a spokesperson said.