Home
Stocks
Howard Gold's No-Nonsense Investing: This 5-year bear market in energy stocks could turn into forever
Prev Article Next Article
This post was originally published on this site 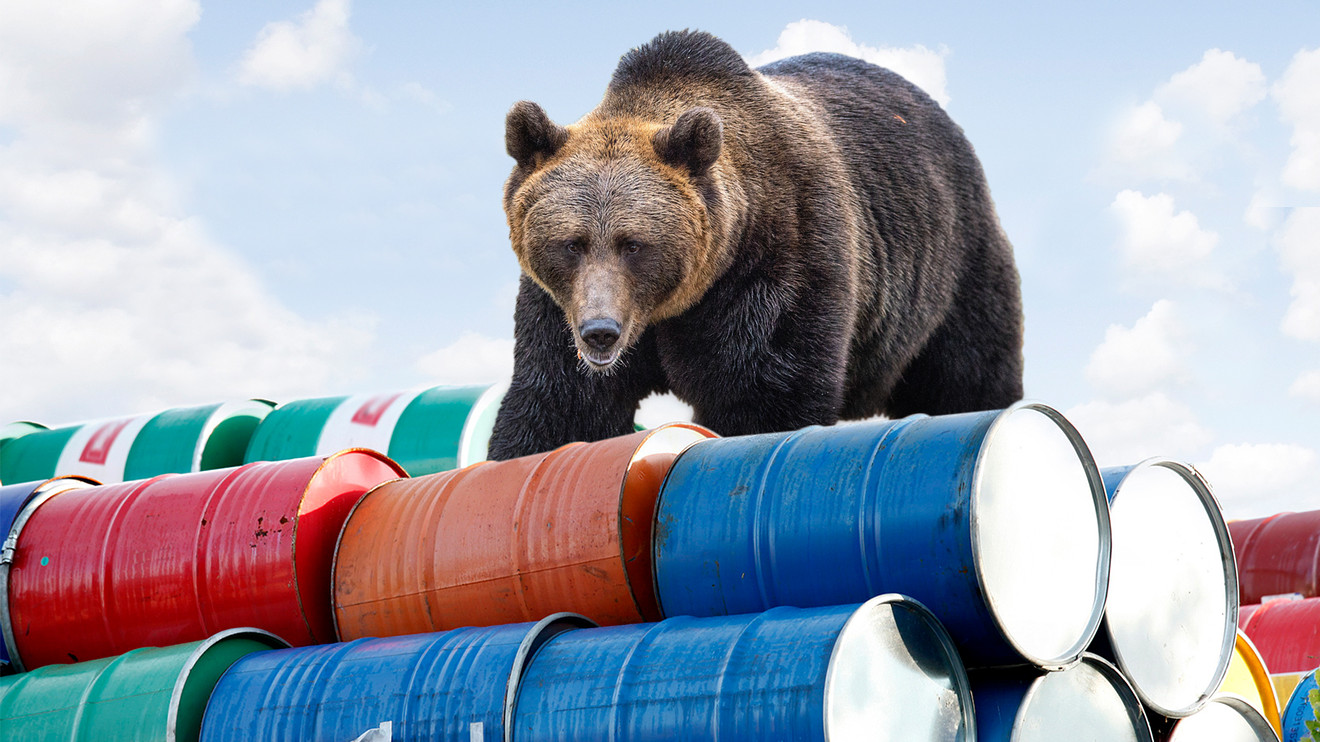 While the S&P 500, the Dow Jones Industrial Average, and the Nasdaq Composite index hover near all-time highs, energy stocks have fallen on very hard times.

Exxon Mobil XOM, -1.27%  — the world’s most valuable public company as recently as 2012 — has seen its stock price plunge about 40% from its all-time high above $100 a share in June 2014, a loss of more than $180 billion in market capitalization. The Energy Select Sector SPDR ETF XLE, -0.82%, the largest energy-sector ETF, is down by a similar amount from that date.

An oil glut in the wake of the shale oil boom, which has vaunted the U.S. to the top of global energy producers, has caused some of the sector’s stock-market troubles. That oversupply has persisted, despite production cuts, and has kept oil prices CL.1, +1.58%   in the $50-a-barrel range. This year, fears of the coronavirus have triggered another sharp sell-off in energy shares.

But the effects of climate change also are kicking in. While Australiaburns and temperatures in Antarctica approach 65° in February, the Trump administration pulled out of the Paris climate agreement and some Republicans still call climate change a hoax.

The Paris agreement, which was signed by 197 nations but is not mandatory, calls for countries to take steps to keep the increase in global temperature to 2° C this century. That would still not be enough to prevent severe heat waves, droughts, flooding and other extreme weather events that could affect hundreds of millions of people, according to NASA.

Governments have paid lip service to meeting that 2°C goal. But public resistance to even the slightest increase in taxes or inconvenient lifestyle changes (think plastic straws) has also slowed the global response.

Read: Last month was the Earth’s hottest January on record

Corporations and big investors, who have to live in the real world and not on Planet Wishful Thinking, are stepping up. Their big bottom-line fear: Much of the carbon-based energy reserves companies like Exxon Mobil — the biggest stock in Energy Select Sector SPDR ETF, followed by Chevron CVX, +0.15%   and ConocoPhillips COP, -0.55%   — have spent decades accumulating will remain in the ground or under the sea. Those potential “stranded assets” — assets these companies may never use and may even have to write off — have prompted Wall Street firms to mark down energy stocks’ valuations and urge clients to dump the shares.

That’s why the five-year bear market in energy stocks may turn out to be as permanent as the secular decline in newspaper publishers or department stores.

How big a hit could it be? An influential article published in 2015 in the scientific journal Nature estimated that to meet the 2°C Paris target there can be no more than 1.1 trillion gigatons of cumulative carbon emissions from 2011 to 2050; global fossil fuel reserves are three times that. “Globally, a third of oil reserves, half of gas reserves and over 80% of current coal reserves should remain unused from 2010 to 2050 in order to meet the target of 2°C,” the authors, Christophe McGlade and Paul Elkins, wrote.

By 2035, that would ”leave the fossil fuel industry with $28 trillion in lost revenues from stranded reserves,” wrote Jim Krane, a researcher at Rice University’s Baker Institute for Public Policy. Citicorp estimated foregone fuel revenues at $100 trillion by 2050. That could force energy producers to write off half the value of their reserves, the Financial Times calculated.

An estimated two-thirds of potentially stranded assets come from coal, which has been, well, the canary in the coal mine. Despite President Trump’s false campaign promise to desperate coal miners to ”get ready because you’re going to be working your asses off,” coal company “assets” is the only thing that have been working off.

Last October, Murray Energy, once the largest privately held coal miner, became the eighth coal company in a year to declare bankruptcy. More than 500 coal-fired power plants have been retired over the past decade, and coal will provide only 20% of electricity generation this year, according to the U.S. Energy Information Administration. Come 2021, the U.S. will likely get more power from renewable energy than from coal.

And this isn’t the fault of “liberals” or tree huggers; hard-nosed utility executives are making these bottom-line business decisions.

Don’t expect a decline of this magnitude for broad energy stocks; it will take a lot longer for the world to wean itself away from oil, and natural gas will be in demand for some time. But I would sell energy-related stocks and ETFs into any rallies. (That’s what I plan to do with the small stake in XLE I own in my retirement account.) As Bob Dylan once wrote, you don’t need a weatherman to know which way the wind blows.