Home
Stocks
Capitol Report: Reactions to Bloomberg’s plan to curb Wall Street: ‘He’ll need this for the debate tomorrow’
Prev Article Next Article
This post was originally published on this site 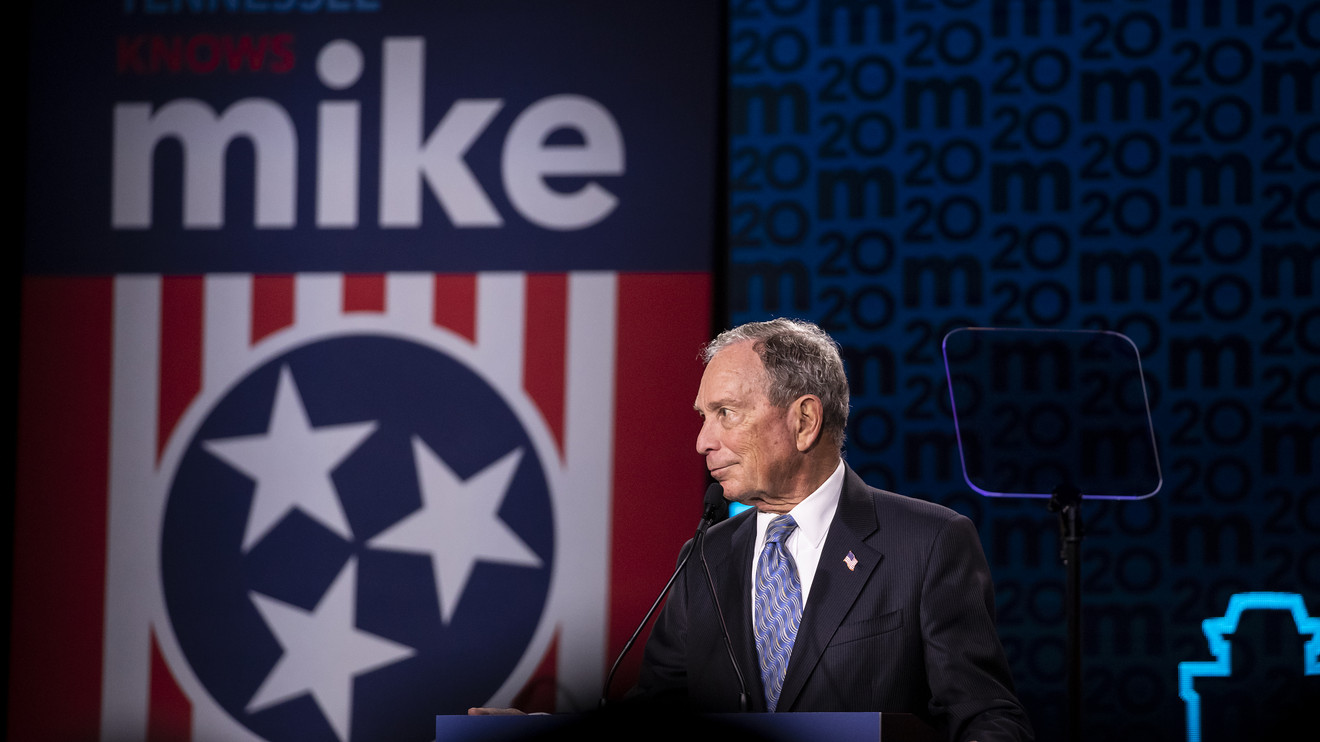 As billionaire Mike Bloomberg prepares to join in his first Democratic presidential debate on Wednesday, he’s got his defense ready if other 2020 contenders say he’s too close to Wall Street.

The former New York City mayor has rolled out a plan for reining in the financial sector, proposing to levy a 0.1% tax on all financial transactions, strengthen the Volcker rule and Consumer Financial Protection Bureau, and merge housing finance giants Fannie Mae FNMA, -2.76%  and Freddie Mac FMCC, -3.31%. Analysts say this rollout makes sense ahead of the debate in Las Vegas.

His move is “politically very shrewd,” tweeted Jennifer Granholm, the former Democratic governor of Michigan who is now a CNN analyst and adjunct professor at the University of California Berkeley. “He’ll need this for the debate tomorrow.”

Bloomberg is likely to highlight his plan for a financial-transactions tax during the Nevada debate “in order to show that he is sufficiently contrite for past sins (i.e. being too cozy with Wall Street),” said KBW analyst Brian Gardner in a note.

“Wall Street and the banking industry KBE, -1.27% has been mostly spared from direct attacks during the debates, but we expect Bloomberg’s ties to the sector will be used to attack him and given Mr. Bloomberg’s apology tour on other issues where he has strayed from Democratic orthodoxy, we expect he will try to show Democrats that he is sufficiently anti-Wall Street,” Gardner added.

Opinion column from Mike Bloomberg: Trump has been great for people like me — but I’ll be great for you

Also read: Bloomberg is America’s No.1 philanthropist — how much of that is to spread his political influence?

“Bloomberg is in a Democratic presidential primary, and these proposals are being made with that in mind,” they wrote in a note. “Even if he were to become president and push for these ideas, many would be subject to congressional and regulatory approval. And many surely would be ditched or watered down.”

The founder of financial data and news giant Bloomberg LP, which competes with MarketWatch and other Dow Jones businesses, is set to appear on the debate stage with Sens. Bernie Sanders, Amy Klobuchar and Elizabeth Warren, as well as former South Bend, Ind., Mayor Pete Buttigieg and former Vice President Joe Biden. The other billionaire 2020 Democrat, Tom Steyer, has not yet qualified for Wednesday’s debate.

Bloomberg’s appearance will come after Advertising Analytics on Tuesday said he has become the highest spending presidential candidate ever, with his $338.7 million outlay on traditional media topping former President Barack Obama’s 2012 outlay of $338.3 million.

Related: How Bloomberg and Steyer’s money dwarfs the other 2020 Democrats’ war chests — in one chart

And see: Not one S&P 500 CEO is donating to Bernie Sanders

The former NYC mayor has scored 19% support in a new NPR/PBS NewsHour/Marist national poll, behind only Sanders at 31% and ahead of Biden at 15%. In a RealClearPolitics moving average of national polls, Bloomberg gets 14.6%, behind Sanders at 24.8% and Biden at 17.8%.

Bloomberg’s plan aimed at Wall Street includes a call for a “regulatory sandbox” that would promote competition in financial services and allow startups to test concepts. The tax of 0.1% on all financial transactions would “raise revenue needed to address wealth inequality,” his campaign said in a news release.

“The financial system isn’t working the way it should for most Americans,” Bloomberg said in the release. “As president, I will toughen the Volcker rule, protect Americans from predatory and discriminatory practices — and harness the power of the financial system to spread opportunity and drive economic growth in every community.”