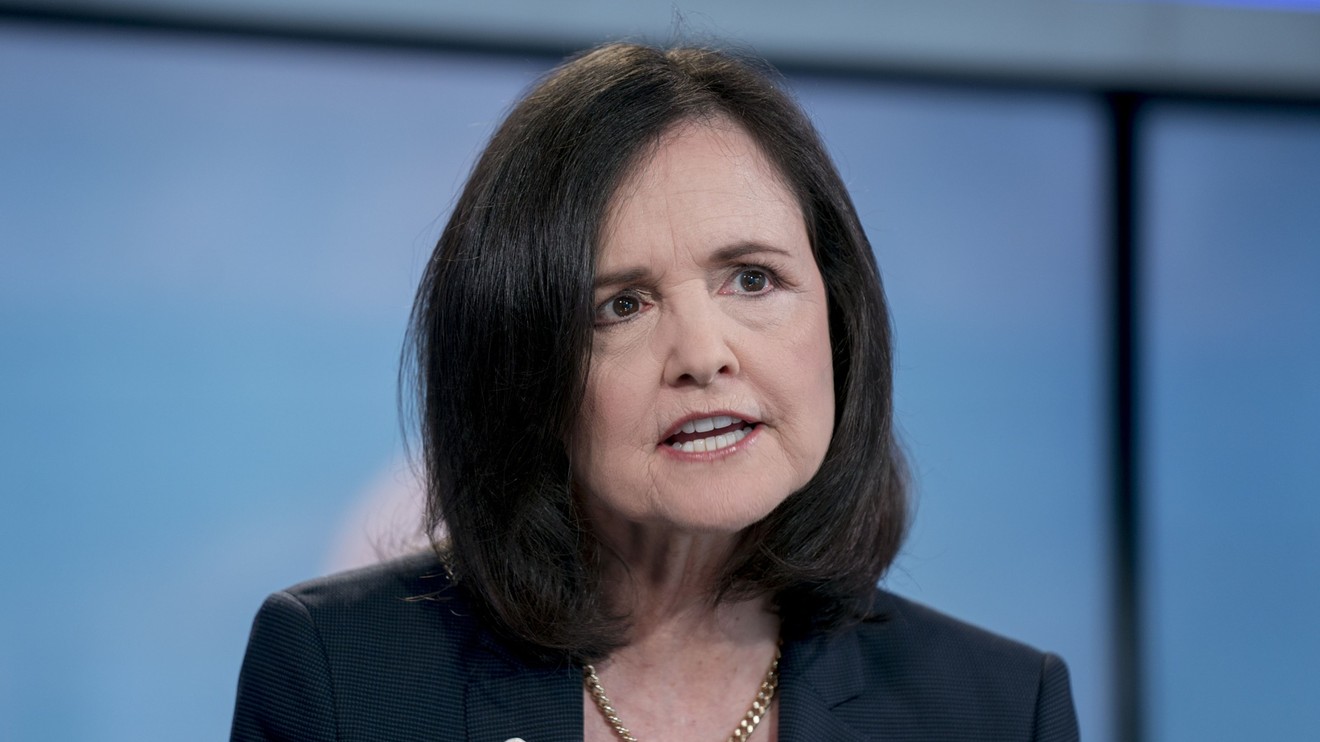 Senate Democrats on Thursday opened their campaign to defeat the nomination of conservative commentator and Trump adviser Judy Shelton to a seat on the Federal Reserve’s board of governors.

At the start of Shelton’s confirmation hearing, Sen. Sherrod Brown, a Democrat from Ohio, and the ranking minority member on the Senate Banking Committee, said Shelton “doesn’t belong anywhere near” the central bank’s board.

Shelton has long advocated a return to some form of a gold standard.

“If we as a nation had followed Ms. Shelton’s advice and not advanced beyond the gold standard nearly a half-century ago, our nation would have bounced from boom to bust without the monetary tools to pull us out of recessions. Depressions would have been longer,” Brown said.

Brown said Shelton was “off the ideological spectrum.”

There are two vacancies on the Fed’s seven-member board of governors.

Trump has also nominated Christopher Waller, the director of research at the St. Louis Fed, to the Fed board. Waller’s nomination is not considered controversial.

There is heightened interest in the Shelton nomination because President Donald Trump is increasingly expected to pick a new chairman for the central bank if he is re-elected.

On Shelton nomination…where she stands today doesn’t necessarily tell senators where she would stand tomorrow (if a 2nd term Trump wants to elevate her to chair after Powell’s term expires). But senators (even w/6-year terms) typically care more about today than tomorrow.

Trump has been harshly critical of Fed Chairman Jerome Powell, whom he picked to lead the central bank after opting not to extend the tenure of Janet Yellen.

Read: Preview of the Shelton hearing

Brown charged that Shelton has changed her positions to match the president’s views. “A vote for Ms. Shelton is a vote against Fed independence,” Brown said.

The best chance Democrats have to defeat Shelton is in the Banking Committee, where Republicans have a one-vote majority.

Many Republicans members of the committee have said in recent days that they will support Shelton.

Sen. Richard Crapo, a Republican from Idaho and the chairman of the Banking Committee, would provide a “different perspective” to the Fed.

In questions from the committee, Shelton defended her writing, saying she had been “intellectually consistent” if not part of the “mainstream.”

She said she would work closely with her Fed colleagues.

Opinion: Which Judy Shelton will the Fed get?

“I think the intellectual diversity would strengthen the discussion,” she said.

The committee will set a date for a vote on the Shelton nomination sometime after the hearing.