Home
Market
Huawei Is Hit With Racketeering Charge in Expanding U.S. Case
Prev Article Next Article
This post was originally published on this sitehttps://i-invdn-com.akamaized.net/content/picc9baeb555fc9939b0bc69366c9d7eeba.jpg 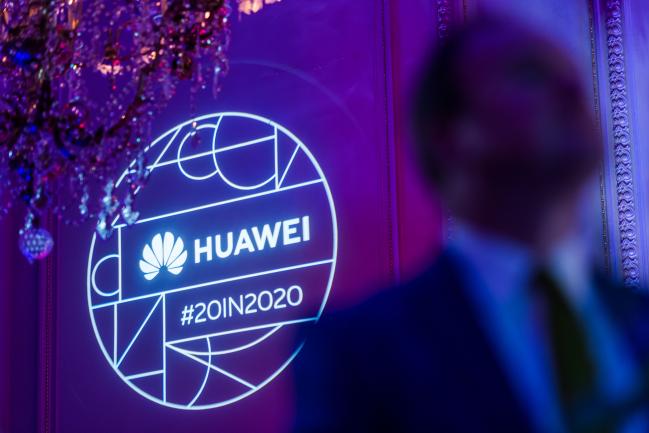 (Bloomberg) — The U.S. raised the stakes in its battle with Huawei Technologies Co., using a law historically associated with prosecuting mafia figures to claim the Chinese company engaged in decades of intellectual property theft.

Huawei, the world’s largest maker of telecommunications equipment, and Chief Financial Officer Meng Wanzhou had already faced criminal charges. The fresh allegations, announced Thursday, up the ante by including racketeering conspiracy, increasing the potential punishment. They come as the global battle for supremacy in fifth-generation wireless technology, or 5G, is joined.

Huawei broke the law “to drastically cut its research and development costs and associated delays, giving the company a significant and unfair competitive advantage,” the Justice Department said in a statement. The company even launched a bonus program to reward employees who got their hands on confidential information from competitors, prosecutors said.

The new charges depict a company that won international standing by stealing trade secrets, evading U.S sanctions and lying to authorities. They are likely to increase tensions between Beijing and Washington, which has accused Huawei of spying for the Chinese government and banned the company’s technology from the U.S.

“The indictment paints a damning portrait of an illegitimate organization that lacks any regard for the law,” Senator Richard Burr of North Carolina, the Republican chairman of the Intelligence Committee, and Senator Mark Warner of Virginia, the panel’s Democratic vice-chairman, said in an emailed statement. “Intellectual property theft, corporate sabotage and market manipulation are part of Huawei’s core ethos and reflected in every aspect of how it conducts business.”

Huawei doesn’t “abide by Western business practices,” Rob Spalding, a Washington-based technology and security expert at the Hudson Institute who served on the National Security Council, said in an email. “Which is why many U.S. companies are no longer competitive in the global marketplace.”

Read More: Why 5G Mobile Arrives With a Subplot of Espionage

Huawei, in turn, has accused the U.S. of orchestrating a campaign to intimidate its employees and launching cyberattacks to infiltrate its internal network.

A lawyer for Huawei had no comment on the new charges. The company has denied the allegations, while China’s Ministry of Foreign Affairs has urged the U.S to “stop unreasonably targeting Huawei and other Chinese enterprises.”

Huawei was previously accused of violating U.S. sanctions against Iran and North Korea. Meng, the CFO, was charged with fraud last year, with the case rippling into Canada, where she is currently fighting extradition to the U.S. Meng’s lawyers have argued in court that their client did nothing wrong.

Then, they said, it doubled down.

“When confronted with evidence of wrongdoing, the defendants allegedly made repeated misstatements to U.S. officials, including FBI agents and representatives from the U.S. House Permanent Select Committee on Intelligence, regarding their efforts to misappropriate trade secrets,” they said.

In the new indictment, the government is wielding some prior allegations of wrongdoing, like Huawei’s alleged theft of a phone-testing robot developed by T-Mobile US (NASDAQ:) Inc., to build a more muscular case. The U.S. alleged that a Huawei engineer secretly took photos of T-Mobile’s robot, Tappy, took measurements of parts and even stole a piece of it. Huawei blamed “rogue actors” within the company when T-Mobile threatened to sue, the U.S. said.

Intellectual property theft “explains a lot of Huawei’s success,” said Jim Lewis, of the Technology Policy Program at the Center for Strategic and International Studies in Washington. “Huawei is the poster child for China’s commercial spying.”