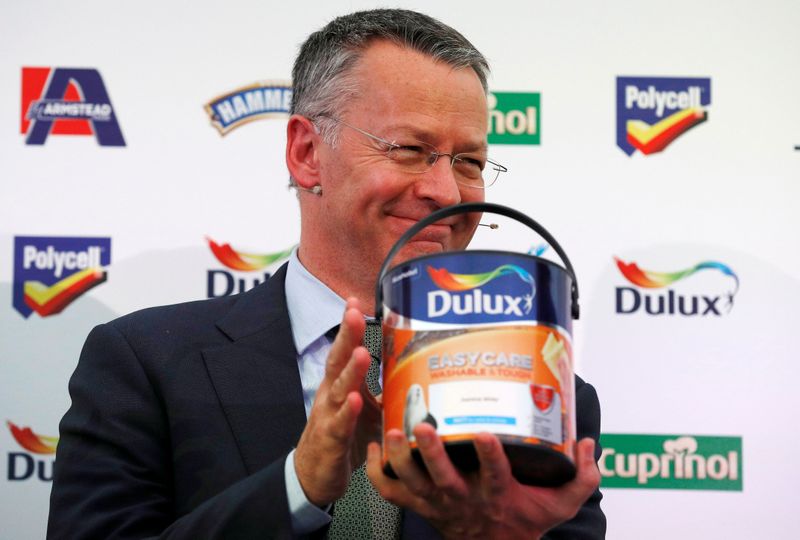 AMSTERDAM (Reuters) – Dutch paints and coatings maker Akzo Nobel (AS:) aims to outpace its competitors’ revenue growth in the coming years while lifting profitability, it said on Thursday.

Presenting its goals for the 2021-2023 period, the company said revenue growth would be at least as high as the market’s average in those years, with its return on sales increasing by 50 basis points a year.

“Ultimately, our goal is to take our rightful place among the frontrunners in paints and coatings, when it comes to both size and performance,” said Chief Executive Thierry Vanlancker.

In 2017 Akzo promised frustrated shareholders it would improve profitability and refused to consider an unwanted takeover offer by U.S. rival PPG Industries (N:).

Akzo then said it would increase return on sales to 15% by 2020. This week the maker of the Dulux and Flexa brand of paints said it was still on track to meet that target after the ratio improved to 12% last year.

The company is the world’s third-largest paints and coatings maker by revenue, trailing U.S. rivals PPG and Sherwin-Williams (N:).

As part of Akzo’s defense strategy against PPG, Akzo sold its speciality chemicals business for 10 billion euros ($10.9 billion) to a group of buyers led by Carlyle Group (O:), with the proceeds distributed largely to shareholders.