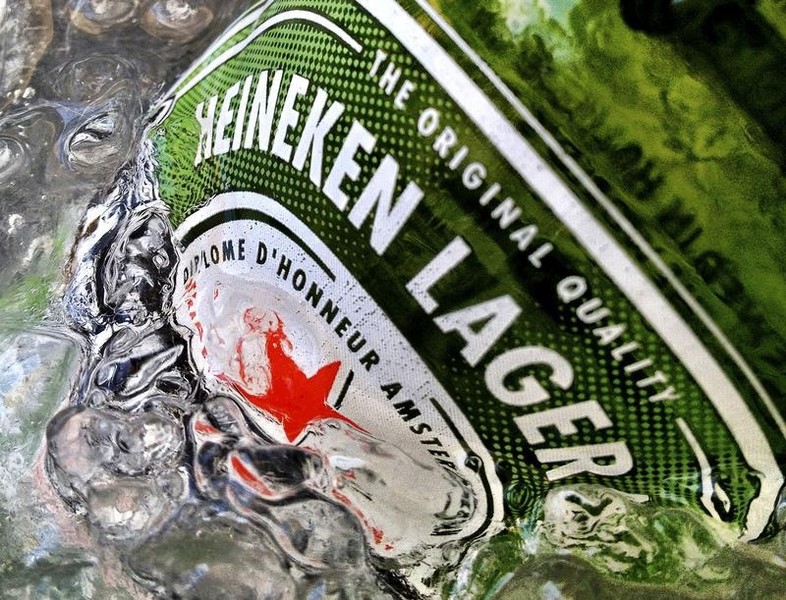 Investing.com — Heineken’s veteran chief executive Jean-Francois van Boxmeer is bowing out with a flourish – and his successor is going to have to work hard to match it.

The Dutch-based brewing giant reported better-than-expected trends in both price and volume growth in the fourth quarter, giving it the confidence to predict another increase of around 5% in operating profit this year.

That had seemed in doubt after Heineken’s last update, when it warned of all the usual headwinds to growth worldwide, but strong performances in Brazil and south-east Asia in the last three months of 2019 appear to have allayed those risks.

The company both sold more beer and got a higher price for it, thanks to past spending on persuading customers that fermented barley water is actually a premium product.

Organic sales volumes were up 3.1% on the year, while average selling prices were up 3.3%, not bad for an industry considered to be facing structural decline as consumer tastes evolve.

That came on a day when Europe’s stocks were again in risk-on mode on growing hopes that the coronavirus outbreak in China (now officially dubbed Covid-19) is peaking. The benchmark also hit a new all-time high before retracing a little to 430.04, up 0.4% on the day.

Heineken’s numbers reinforce the positive mood music created last week by Carlsberg (CSE:), which raised its dividend sharply after reporting a 24% increase in profit for the year.

But what’s true for Heineken’s premiumized beers is also true for its stock, which looks expensive at over 30 times trailing earnings and a dividend yield of less than 2%. Even after today’s hike in the dividend, the payout is still less than 40% of net earnings, which compares poorly to the 50% payout ratio at Carlsberg (CSE:). Nor was there any mention of future share buybacks in today’s release.

Carlsberg (CSE:) can afford its (still-modest) buyback plan because it has the stronger balance sheet: net debt is only 1.25 times EBITDA, compared to Heineken’s 2.6 times (although AB Inbev would happily change places with either of them, given a ratio of nearly four times).

Both of northern Europe’s big brewers emerged with credit from a difficult year. And it will do Heineken no harm that the new CEO, Dolf van den Brink, is steeped in the group’s Asian business, which arguably faces the stiffest challenge of all in 2020. He’ll need all that expertise to defend a valuation which is higher than ever in absolute terms, and looking increasingly stretched on relative ones.