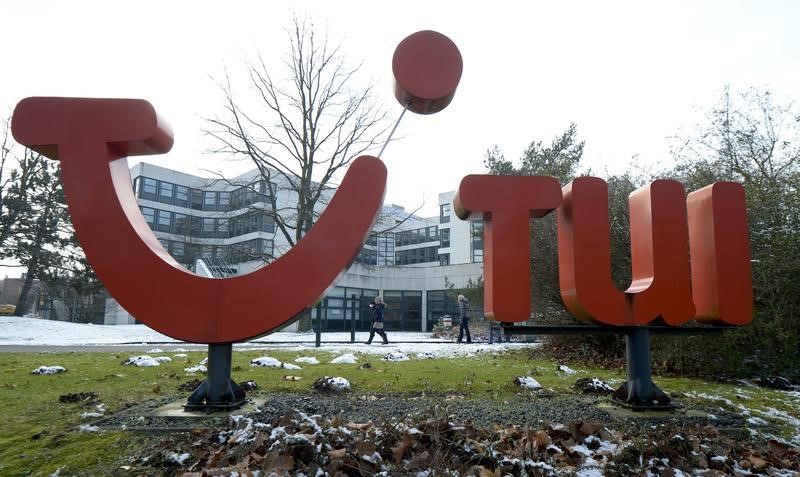 Investing.com – European stock markets pushed higher Tuesday, following Wall Street to a new record high, helped by gains in the recently battered travel and leisure sector on the back of strong numbers from Tui.

Overnight Monday, both the S&P and Nasdaq made a positive start to the week, closing at record highs as strong gains for mega-cap tech stocks overshadowed concerns about the coronavirus impact.

On Tuesday, shares in Tui (DE:) soared over 10% after the European holiday company pointed to the “best booking volumes month in the company’s history” during the three months to December. This strong holiday demand is expected to compensate for the grounding of the Boeing (NYSE:) 737 MAX aircraft.

These strong numbers have translated into hefty gains for some of the region’s airlines, a sector which has been hard hit by the repercussions of the outbreak of the coronavirus in China, with EasyJet (LON:) up 3.2%, Ryanair (LON:) 3% higher and IAG (LON:), which owns British Airways and Iberia, up 3.2%.

Elsewhere, shares in Deutsche Telekom (DE:) climbed over 4% on a report that a U.S. judge is expected to rule in favor of T-Mobile US (NASDAQ:) and Sprint (NYSE:) in the lawsuit that attempted to stop their industry-changing merger. T-Mobile is the mobile communications subsidiary of Deutsche Telekom.

On the flip side, Shares in AMS (SIX:)dropped almost 5% after the sensor specialist warned revenues in the first quarter would decrease despite fourth-quarter revenues above its own forecast amid strong demand for high-end smartphones.

Daimler, the maker of Mercedes-Benz, also fell 0.4% after the company said sales will fall for a second straight year as it re-gears its operations more to electric vehicles. The company also cut its dividend by more than two-thirds in an effort to save cash.

The U.K. economy probably narrowly avoided a contraction at the end of 2019, with the Investing.com poll forecasting no growth on the quarter, resulting in annual growth of 0.8%.

Also of interest will be a speech by European Central Bank President Christine Lagarde at 09:00 AM ET (1400 GMT). The central bank is in the middle of a major strategic review, and any comments from Lagarde over whether it changes its inflation goal will be of interest.

Elsewhere, the oil market has pushed higher Tuesday, rebounding a touch after recent losses. The market is still looking at potential cuts to supply from the club of major oil producers.