Home
Stocks
Forecaster of the Month: Pretty good economy will keep being pretty good, award-winning forecaster says
Prev Article Next Article
This post was originally published on this site 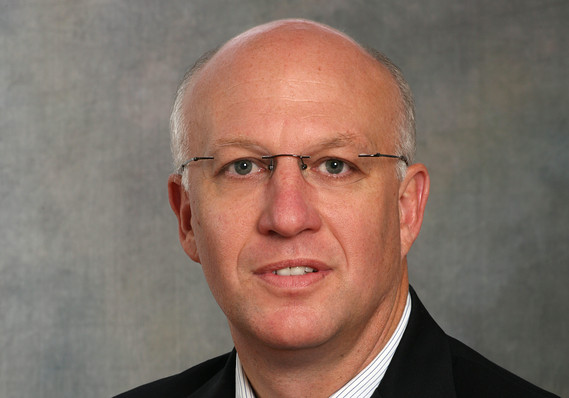 What the U.S. economy lacks in drama, it more than makes up for in consistency as it moves into a record-setting 12th year of steady if unspectacular growth.

“The economy is growing pretty well,” said economist Jay Bryson, the winner of the Forecaster of the Month contest for January. “The expansion has more room to run.”

Notice that he’s not saying it’s the best economy since sliced bread. Nor does he think it’s ready for the scrap heap. The economy is OK.

True, it’s slowing down a bit with age, but it’s not showing any signs of a recession, said Bryson, who is acting chief economist for Wells Fargo Economics Group.

“The way you get recessions is to have an exogenous shock (which is impossible to forecast) or big imbalances in the economy,” he said. Fortunately, the kind of imbalances that caused the last two recessions (in tech stocks and housing) just aren’t apparent, he says, at least “nothing that would cause a recession in the next 12 months.”

As for exogenous shocks, the most likely candidate right now is the coronavirus that’s caused more than 1,000 deaths in China from Covid-19 (the respiratory disease that’s caused by what they are now calling the SARS-CoV-2 virus).

Bryson doesn’t think the impact on the U.S. economy will be major. Right now, it doesn’t look like “we’ll have 100,000s of deaths here.”

He’s assuming that the epidemic is mostly contained to China and that China’s self-quarantine doesn’t last months. If China’s factories are closed longer, then the disruptions will begin to have major repercussions for U.S. companies that rely on the supply chain that snakes through China.

Most likely, the Federal Reserve will keep rates on hold (70% chance) this year. He puts the odds of a rate cut at about 25%. “There’s a very high bar for rate hikes,” Bryson said.

Bryson said Wells Fargo’s forecasts are a team effort. Azhar Iqbal is the econometrician who runs the basic models. Senior economists Mark Vitner, Sam Bullard, Tim Quinlan, and Sarah House play key roles in tweaking the forecasts. “There is a lot of art involved in this,” Bryson said.

In the January contest, Bryson’s team had the most accurate forecasts among 45 forecasting teams on four of the 11 indicators we track: retail sales, the consumer price index, industrial production and the trade deficit. They were among the 10 most accurate on four other forecasts: the consumer confidence index, nonfarm payrolls, housing starts and durable goods orders.

The runners-up in the January contest were Andrew Hollenhorst of Citigroup, Mike Thomas of Met Capital, Peter Morici of the University of Maryland, and Brian Wesbury and Bob Stein of First Trust Advisors.