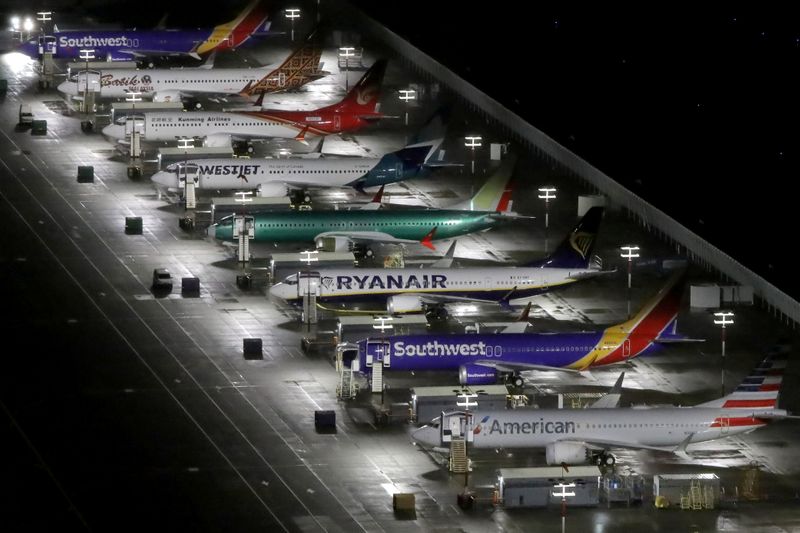 The audit will also review international civil aviation authorities’ requirements for carriers’ pilot training regarding the use of flight deck automation.

Pilots have been harshly critical of Boeing’s decision not to disclose details of a new automation system – known as the Maneuvering Characteristics Augmentation System, or MCAS – that has been linked to both fatal crashes.

The Inspector General cited a report by Indonesia’s Lion Air that “responses to erroneous activations of MCAS contributed to the crash, raising international concerns about the role of pilot training.”

The report said Boeing’s safety assessment assumed pilots would respond within three seconds of a system malfunction. But on the fatal flight and one that experienced the same problem the previous evening, it took both crews about eight seconds to respond.

Boeing has proposed new simulator training for pilots on a series of scenarios before they are allowed to resume 737 MAX flights.

The MAX is not expected to be freed to fly until late April at the earliest. In March, the department’s IG said it would audit the FAA’s certification of the Boeing 737 MAX.

The Trump administration on Monday proposed an additional $30 million in it 2021 budget “to improve aviation oversight, following recommendations from the Boeing 737 MAX investigations.”

The funding would support 13 new full-time positions for the creation of an office mandated by Congress to oversee the FAA’s delegation of some certification tasks to Boeing and other planemakers. The FAA would also use some of the funds for data collection and for “technological advances that we use to assess safety data,” Deputy FAA Administrator Dan Elwell said.