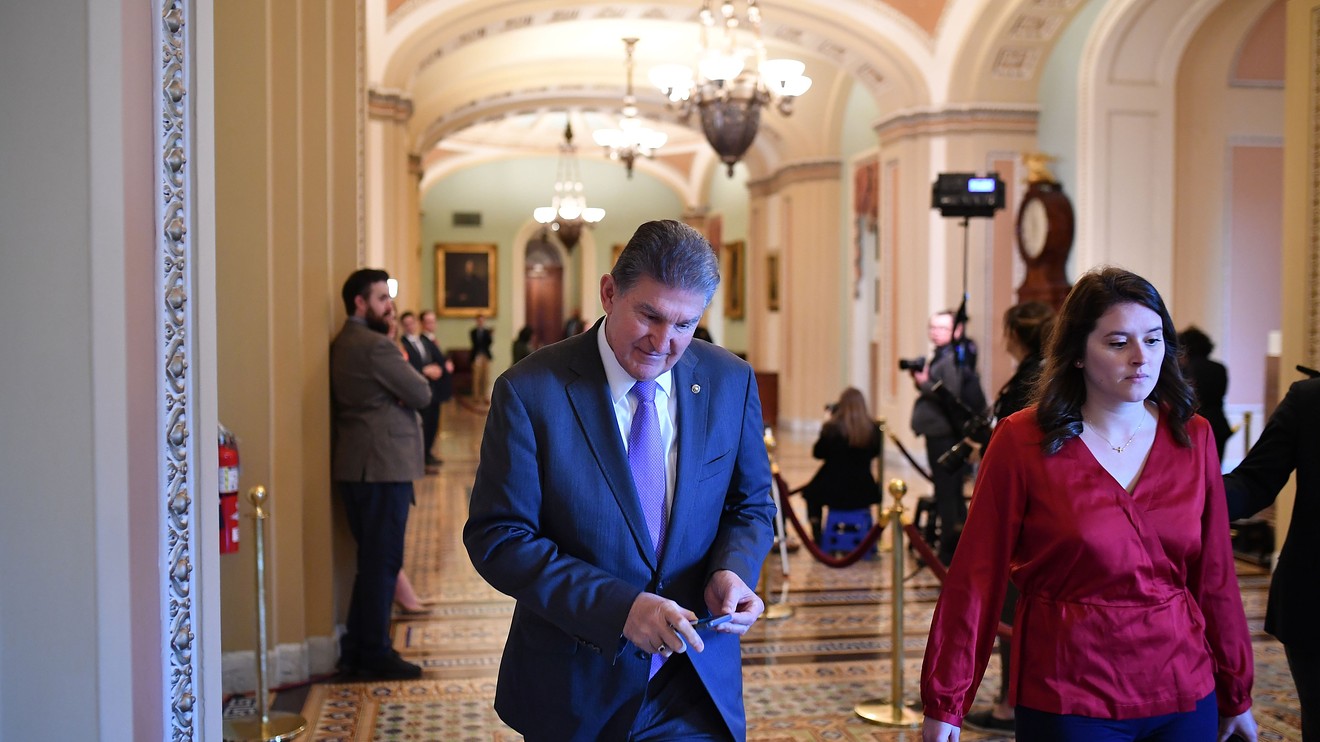 With an acquittal vote expected to come Wednesday in President Donald Trump’s impeachment trial, Democratic Sen. Joe Manchin of West Virginia on Monday argued for a different approach in the matter.

“I see no path to the 67 votes required to impeach President Trump and haven’t since this trial started. However, I do believe a bipartisan majority of this body would vote to censure President Trump for his actions,” said Manchin, who has often agreed with Trump and bucked his party.

“Censure would allow this body to unite across party lines and as an equal branch of government to formally denounce the president’s actions and hold him accountable. His behavior cannot go unchecked by the Senate and censure would allow a bipartisan statement condemning his unacceptable behavior in the strongest terms.”

Manchin’s comments came after Trump’s attorneys and the House managers serving as prosecutors gave their closing arguments on Monday in the Senate’s impeachment trial. Senators are due to give more floor speeches Monday and Tuesday about the case against Trump, and then they’re expected to have their final vote on the matter on Wednesday.

A motion to call witnesses in the trial failed Friday on a 51-49 vote, with Republican Sens. Susan Collins of Maine and Mitt Romney of Utah joining with the 47 senators who caucus with the Democrats to vote for the measure. That development has put the trial on track for a speedy conclusion.

“It’s time to get the Senate back to work for the American people on issues of substance,” said Republican Sen. Chuck Grassley of Iowa in his floor remarks on Monday.

“Tonight the Iowa caucuses will be finished. The 2020 presidential election is under way,” Grassley also said.

“The American people are more than adequately prepared to decide for themselves the fate of the president in November. This decision belongs to the voters.”

See: Investors will ‘likely breathe a sigh of relief’ if Biden comes from behind to win in Iowa, analysts say

Before the senators began their floor speeches, one of the House managers, Democratic Rep. Adam Schiff of California, made an effort to deliver a warning to Republicans in his closing statement.

“History will not be kind to Donald Trump,” Schiff said. “If you find that the House has proved its case and still vote to acquit, your name will be tied to his with a cord of steel and for all of history.”

Trump, charged with abuse of power and obstructing Congress, is only the third American president to have been impeached by the House of Representatives, joining Andrew Johnson and Bill Clinton.

However, impeachment by the House doesn’t mean removal from office. Neither Johnson nor Clinton was found guilty in their impeachment trials in the Senate, and the same outcome has been widely expected in the impeachment of Trump, whose Republican Party occupies 53 of the chamber’s 100 seats. That helps explain why the stock market DJIA, +0.51% SPX, +0.73% hasn’t reacted much to impeachment-related developments. A two-thirds majority of the Senate — or 67 senators — is required to vote to convict Trump to remove him from office.

Democratic lawmakers’ push to remove Trump from office has centered on his pressure on Ukraine’s president to announce investigations into Democratic presidential hopeful Joe Biden and his son, as well as into an unsubstantiated theory that Ukraine interfered in the 2016 election.

The president has frequently criticized Democrats’ efforts, saying in a fiery December letter that “more due process was afforded to those accused in the Salem Witch Trials.”