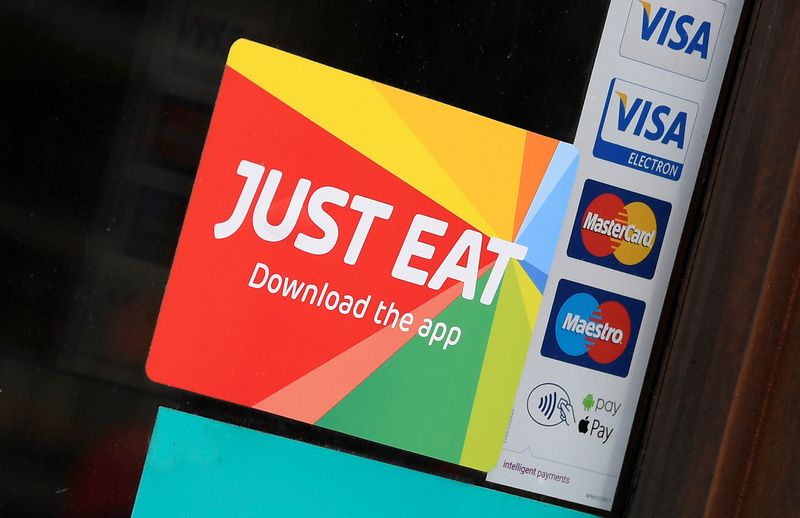 © Reuters. FILE PHOTO: Signage for Just Eat is seen on the window of a restaurant in London

The company said in a statement that the combination, which will create the largest food ordering and delivery service in Europe, has been renamed Just Eat Takeaway.com NV. Shares in the combined company will begin trading on the London Stock Exchange on Monday, Feb. 3.

The company said an investigation by Britain’s Competition and Markets Authority (CMA) is still ongoing and the two companies must continue operating under separate management and branding until the investigation is complete.

The CMA competition investigation centers on whether Takeaway might have re-entered the UK market — which it quit in 2016 — if its takeover of Just Eat had not succeeded. Takeaway says that is not the case.

On Jan. 10, Takeaway claimed victory in its all-stock bid for Just Eat, beating out a rival cash bid from tech investment giant Prosus NV (AS:) .

It said on Friday that 92.2% of shareholder have now tendered shares to its offer. Takeaway said it intends to start a squeeze out process to require the rest.