Home
Market
Lloyds issues memo on staff treatment after flurry of complaints
Prev Article Next Article
This post was originally published on this sitehttps://i-invdn-com.akamaized.net/trkd-images/LYNXMPEG0U0X4_L.jpg 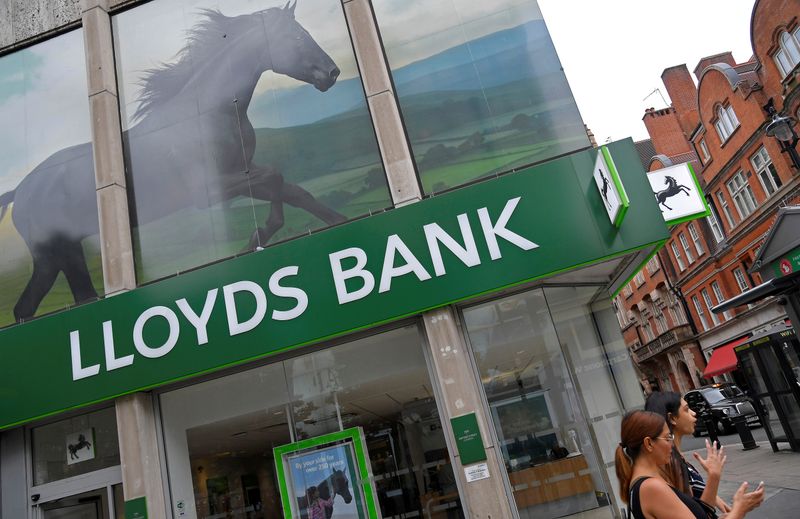 By Sinead Cruise and Iain Withers

LONDON (Reuters) – Britain’s biggest domestic bank Lloyds (L:) has issued guidelines to branch managers on treating staff fairly, after a rise in complaints to one of its employee unions about working conditions across its dwindling retail network.

The memo was sent to managers on Tuesday, union Accord said. The union did not say what the memo advised but said it was in tune with advice to members published on Jan. 20 by the union, which represents around 20,000 Lloyds employees nationwide.

Examples of staff complaints included demands to work in their own time, asking junior staff to open and close branches, and long-distance commutes resulting from staff switching to new branches after their local one closed.

The union memo called for managers not to impose such demands on staff, for staff to know their rights, and for them to contact the union if necessary. Lloyds declined to comment.

Accord said problems had increased as Lloyds cuts back its branch network, putting pressure on branch managers and staff.

“There were a sufficient number of complaints for us to issue general guidance rather than just responding to the individuals who came to us,” Ged Nichols, general secretary at Accord, told Reuters. He added he was satisfied with Lloyds’ response so far.

On Wednesday Lloyds said it was planning to close a further 56 branches by October as more of its customers choose to bank online rather than over the counter.

The planned closures include 31 Lloyds, 10 Halifax and 15 Bank of Scotland branded branches and would likely result in around 80 job losses, the union said, adding that many staff were likely to be redeployed.

Lloyds has shut 569 branches over the past four years, according to consumer group Which? that tracks branch closures.

Britain’s banks have made deep cuts to their branch networks in recent years, sparking a backlash from politicians and small business groups criticizing the cuts for harming local businesses and vulnerable customers.

Lloyds has said it is committed to retaining the largest branch network in Britain and says customers can use alternatives such as online services and accessing some bank services at Post Offices.